What should US do with its surplus vaccines? - GulfToday 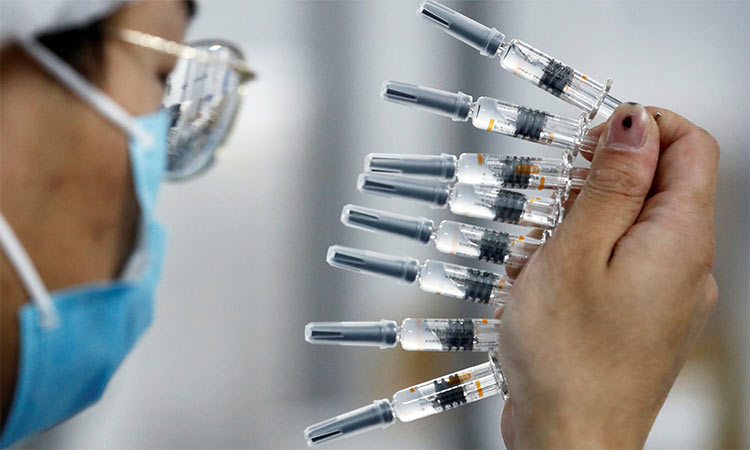 Joe Biden is calling for 200 million Americans to be vaccinated by the end of April.

The United States is making and distributing COVID-19 vaccines so fast that production will soon outstrip demand, leading officials to ask: What should we do with the extra doses? Most answers have focused on the home front: Dozens of states, including California, are rapidly opening vaccination eligibility to all adults, and President Joe Biden has doubled the speed of his initial rollout calendar, now calling for 200 million Americans to be vaccinated by the end of April.

While these responses are heartening, there is another way to handle America’s growing stockpile of vaccines, and it draws from a playbook the country used during World War II — give them away.

That’s precisely what America did in the 1940s, when it found itself with an abundance of another new medicine — penicillin. At the time, penicillin was a revolutionary new drug that could safely cure a slew of previously fatal bacterial diseases. But it was also considered a strategic war commodity. Having developed and procured the antibiotic specifically for the military and at great public expense, the US government at first hoarded it for exclusive use of Allied troops.

By early 1944, however, US factories led by Merck had ramped up production so fast that Allied needs for the impending D-Day invasion of Normandy were more than fulfilled. Officials then faced the same decision as the Biden administration today: to export or not to export?

Ultimately, war leaders chose to export. In June of that year, the United States shipped the first 10,000 vials of penicillin for civilian use abroad. Just a year later, American firms were sending out tens of billions of units of penicillin-derived medicines per month. Penicillin went to the Middle East, Central and South America, China and sub-Saharan Africa. It was even sent into Nazi-occupied Norway by the Swedish Red Cross.

This turned out to be a good bet, because exporting penicillin was a boon for both US diplomatic and commercial interests.

Distributing penicillin allowed the US to use its technological endowments to demonstrate global goodwill. The drug was sold commercially where possible, but those who couldn’t pay received it through the Lend-Lease aid programme. It was later sent freely to Europe through the Marshall Plan. Early on, when shipments were small, recipient countries were relieved to get any penicillin they could, and almost all of them voluntarily agreed to the US National Research Council’s regulations on use and distribution of the drug.

A similar diplomatic reaction would likely occur today. With thousands still dying worldwide of COVID-19 every day and vaccine availability overwhelmingly concentrated in nations that produce the vaccine, even small shipments to other countries — with firm commitments to steady increases — would be better than the status quo.

The Biden administration has taken tentative steps in this direction but must accelerate its efforts. The White House recently announced a plan to share 4 million vaccine doses with Mexico and Canada, but much more is needed: Only 1% of Mexico’s 125 million population has received a shot. The administration could also start donating doses to COVAX, the United Nations’ global vaccine distribution organisation. So far, the United States has given COVAX money but not medicine.

The benefits will outweigh the costs in other ways, too. Exporting the COVID-19 vaccine is likely to be good business for the US, just as penicillin was. Before World War II, the United States was a bit player in a global pharmaceutical sector dominated by European giants. The mass emergency distribution of U.S. penicillin changed that.

Through the United Nations Relief and Rehabilitation Organization, Americans began a program in 1945 to set up penicillin factories overseas as a form of reconstruction aid. This, combined with sales and donations of US-produced stockpiles, allowed American companies such as Merck and Pfizer to break into foreign markets, forge long-term supply relationships, expand local licensing arrangements and transfer production know-how to international producers.

Once again we see a lesson for today: The United Nations and others have specifically advocated for transnational manufacturing partnerships and licensing as key ways to vaccinate the world more quickly and fairly.

Widespread rollout of surplus US vaccines would also strengthen international ties to American pharma just as competition is on the rise from China, Russia and India. Indeed, China has explicitly tied its global vaccine donation program to its diplomatic image. America did the same in the 1940s, of course — US officials sent boats through the canals of France showing movies about American aid, and even commissioned troubadours to roam the Sicilian countryside singing songs about a young couple, Giovanni and Mariella, whose romance was saved by penicillin.

Then as now, a pharmaceutical giveaway lifts all boats. Such are the potential benefits that US corporations might even consider doing the donating themselves. Just like today’s Moderna and Johnson & Johnson vaccines, penicillin was developed in an ambitious, federally subsidised crash programme. Corporations in the 1940s temporarily accepted government money and coordination, which put them in a position to continue developing, selling and profiting from antibiotics for the rest of the century. The long-term benefits of a giveaway to both US diplomatic power and the US economy might be similarly substantial.

But the Biden administration should not wait for private goodwill. The coronavirus has tarnished America’s image abroad, since the United States has been the global hot spot for cases and deaths for much of the last year — and ground zero for some of the worst of the COVID-19 era’s science denialism and conspiracy theories.

By donating vaccines to the places that need it most, the US could use its technological and industrial power to try to undo some of the damage that’s been done to the country’s reputation, as well as create a positive lasting impression for the history books. Future generations might be told that the United States helped the world climb out of the pandemic. 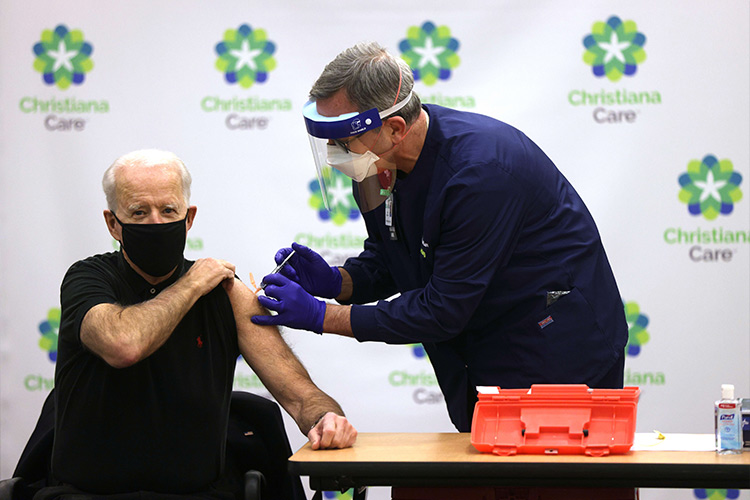 One man can change the course of a nation, the direction of history, the fate of its people. Donald Trump’s devil-may-care attitude towards tackling the coronavirus, considered in some quarters as divine wrath upon a wicked planet, has cost the country 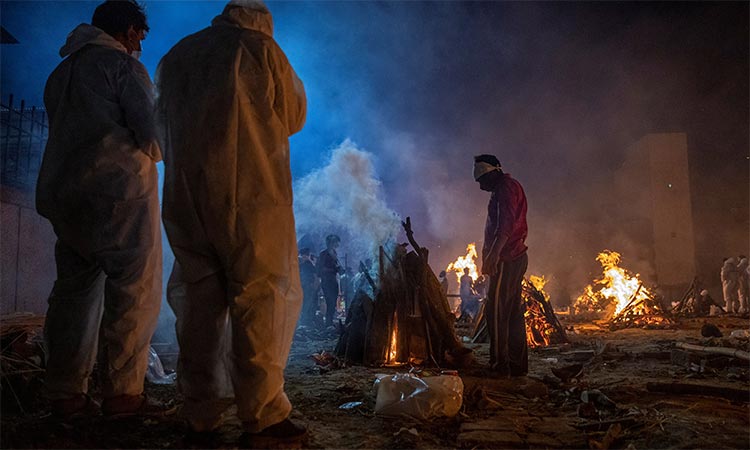 As Israel recorded zero daily COVID-19 deaths for the first time in 10 months last week, grave-diggers in next-door Gaza reported rising workloads and hospitals said they were near to collapse. A similar dynamic, on a cataclysmically larger scale, now unfolds