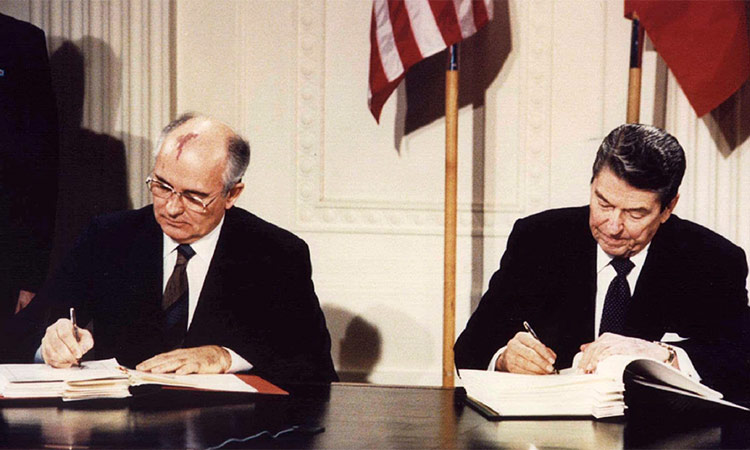 When Ronald Reagan and Mikhail Gorbachev signed an arms-control agreement in 1987, the mood was solemn. It is markedly different today. Reuters

Among the best remembered summits of the 20th century are those of Ronald Reagan and Mikhail Gorbachev. Reagan’s commitment to dialogue with America’s primary adversary and what then-Secretary of State George P. Shultz called his “personal chemistry” with his Soviet counterpart were hallmarks of his presidency. But even more important was the fact that Reagan had a clear strategy for victory in the global contest with the Soviet Union.

Reagan’s approach — applying intensive economic and military pressure to a superpower adversary — became foundational to American strategic thinking. It hastened the end of Soviet power and promoted a peaceful conclusion to the multi-decade Cold War. Now it is useful to ask if a similar approach would be equally successful in America’s contest with an even more formidable rival, the People’s Republic of China, a challenger with whom the free world’s economies are intertwined and increasingly interdependent.

In 1983, Reagan approved National Security Decision Directive 75, which set the course for an assertive, competitive approach to the Soviets, in contrast to the “live and let live” aspirations of détente. Reagan drew on George F. Kennan’s innovative policy of containment, which acknowledged both the disastrous consequences of a hot war with the Soviet Union and the impracticality of cooperation with a Kremlin driven by communist ideology. Working from Kennan’s original intuitions, the operational approach that Directive 75 emphasized was “external resistance to Soviet imperialism” and “internal pressure on the USSR to weaken the sources of Soviet imperialism.” Rather than trying to reduce friction with the Soviets as prior administrations had done, Directive 75’s aim was “competing effectively on a sustained basis with the Soviet Union in all international arenas.” Within nine years, the Soviet Union collapsed, worn out by economic pressure, an arms race it could not win and internal political contradictions.

The goal of a competitive strategy versus Chinese Communist Party aggression should be different. The United States and like-minded liberal democracies must defend against the expansion of the party’s influence, thwart its ambitions to dominate the 21st century global economy, and convince Chinese leaders that they can fulfill enough of their aspirations without doing so at the expense of their own people’s rights or the sovereignty of other nations. These efforts must apply Reagan’s fundamental insight — to win against a rival of China’s magnitude requires sustained pressure against the true sources of the adversary’s power. China is an economic juggernaut. Through its engagement with the United States and other major markets, it has made itself central to global supply chains, moved to dominate strategic industries and emerging technologies, and built up a military designed to win a war with the US and its allies. Numerous multinational corporations and global financial institutions pump capital, technology and know-how into China. This transfer of capability and competitive advantage can be used against the free world to devastating effect. As the CCP puts it, China is poised to “regain its might and re-ascend to the top of the world.”

To foil China’s plans for preeminence, the United States and its partners should restrict investment into Chinese companies and industries that support the CCP’s strategic goals and human rights abuses.

In all of this, America and its allies should be confident. At the start of the Reagan administration, the Soviet Union, like China today, appeared to be at the height of its ambitions, exerting influence in every corner of the globe. One decade of focused American strategy helped bring about a peaceful conclusion to what many believed could have been an endless Cold War. Just as Reagan generated the national and international will necessary to overcome the Soviet challenge, the Biden administration can galvanise efforts to compete effectively with an emboldened China. That effort will bolster the administration’s goal of building back the United States’ strength and prosperity. 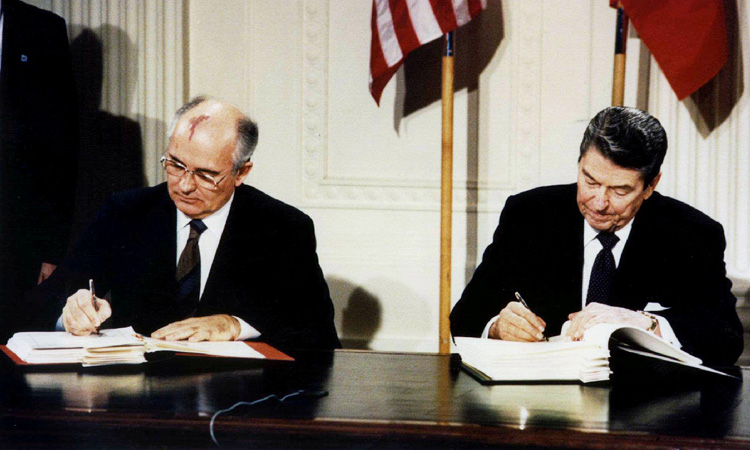 Mikhail Gorbachev, the last Soviet leader, warned on Friday that the world was drifting into a dangerous era of militarised politics and appealed to Moscow and Washington to sit down for urgent nuclear arms control talks.