Learning how to live with the virus is ‘victory’ - GulfToday 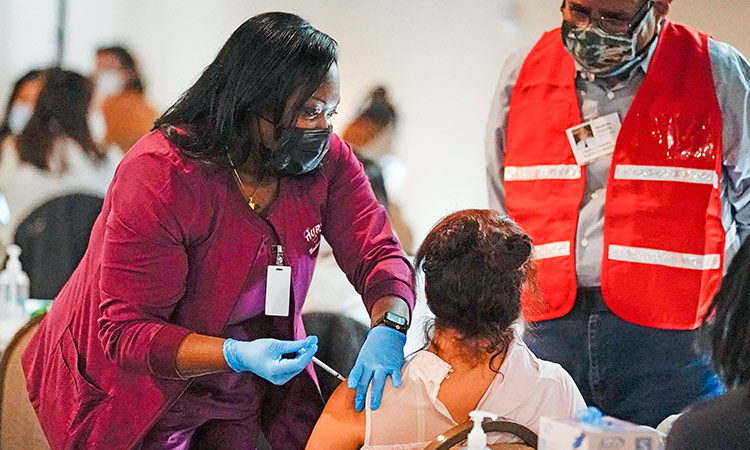 A health worker administers a dose of a Pfizer COVID-19 vaccine during a vaccination clinic at the Grand Yesha Ballroom in Philadelphia on Wednesday. Associated Press

Will we declare victory over COVID-19? No, say public health experts. But we’ll negotiate an uneasy truce. Rather than completely eliminating the virus, we can create a strict containment strategy, building public health bulwarks to help fend off an enemy that is wily, adaptive and enduring.

This means accepting a certain level of risk as society returns to normal, they add.

“Here’s what we can call ‘victory’: Learning how to live with this virus in a way that allows us to continue to enjoy life,” said Dr. John Swartzberg of UC Berkeley’s School of Public Health.

Over time — as vaccines improve, death tolls fall and we adopt new behaviours, like wearing masks when we’re sick — we’ll accommodate it, just as we do with other deadly infectious diseases, he said.

In the past year, there have been unimaginable strides against the virus. With accelerated plans for manufacturing vaccines, President Joe Biden now promises enough vaccine supply for every adult in America by the end of May. Some states, such as Texas, are already racing to fully reopen.

But there is increasing consensus that COVID-19 is here to stay, causing intermittent, limited outbreaks in the US and other countries with well-developed vaccination programs but causing significant ongoing disease in parts of the world where access to vaccines is more limited.

Why is eradication so hard? It’s because pathogens, once established, hardly ever go extinct. We’ve succeeded in eliminating only one major infectious killer: smallpox. A terrible disease that killed 30% of all victims, smallpox was last reported in 1977 in Somalia. Just two remnants of the virus, stored in tightly-controlled government laboratories in the US and Russia, survive.

To be sure, we’ve scored notable victories in conquering disease in specific geographic areas. In the US, there has been a declining trend of infectious disease. For example, the nation reported just 13 cases of measles and one isolated outbreak of mumps in 2020. Fewer than 10 Americans contract rubella each year; of these, everyone is infected while traveling overseas. The original SARS disease – SARS-CoV-1 – no longer haunts us.

But attempts to eliminate historic global killers – such as hookworm, yellow fever and malaria – have been frustrating failures. The polio eradication programme is now in the 32nd year of what was intended to be a 12-year effort. Scientists have unsuccessfully sought an HIV vaccine ever since the virus was identified in 1984.

The easiest diseases to control are those that are quickly diagnosable or recognizable, according to the American Society of Microbiology. But COVID-19 is hidden, spreading before people get sick. And up to 40% of cases are surreptitious, causing no symptoms. Additionally, a COVID-19 diagnosis requires testing by skilled medical professionals.

A disease can also be readily controlled if, like polio, it lives only in humans and has no animal “reservoir” where it persists. That’s not COVID-19, which is presumed to have originated in bats.

Diseases that are geographically limited, like river blindness, can be pushed to the brink of extinction by a targeted campaign. But COVID-19 is nearly everywhere. It has spread to 219 countries and territories around the world, causing 118 million confirmed infections.

Also simpler are diseases that can be subdued by a single vaccine with lifelong immunity, like measles. We don’t yet know how durable our COVID-19 vaccines will be.

With COVID-19, “it’s definitely not about getting to zero risk. Because that’s not feasible,” California’s surgeon general Dr. Nadine Burke Harris said this past week.

So what is an acceptable number of deaths? It’s likely that we’ll accede to a disease that behaves like influenza, public health experts say. While deadly, especially for elders, the flu isn’t seen as a special threat that requires an exceptional societal response.

“We just seem to take it, on faith, that every year there’s going to be a flu epidemic,” said Maldonado.

Dr. Joshua Adler, vice dean for clinical affairs at UCSF, imagines a day “when the incidence of COVID declines to the level where we no longer need to have special processes. It becomes like another infectious disease that’s part of our general environment.”

That’s still a far way off. California reported 137 deaths per 100,000 people due to COVID-19 as of March 8. According to the Centers for Disease Control and Prevention, that’s nearly tenfold the rate of deaths — 15.2 per 100,000 people — caused by flu plus pneumonia in 2019, the last year those numbers were available.

Other infectious diseases are far lower: Respiratory Syncytial Virus, a common virus that infects the lungs and breathing passages, kills 2.1 to 6 per 100,000 people nationwide, according to an extensive National Institutes of Health study published in 2014. Diarrheal disease, such as rotavirus, kills 2.4 per 100,000 people nationwide; HIV/AIDS, 2.4; meningitis, 0.4; hepatitis, 0.29 and tuberculosis, 0.25, according to the Journal of the American Medical Association.

One goal is to prevent another surge of cases, so hospitals aren’t overwhelmed. Additionally, we need to offer better medications, so people who become infected rarely die. Currently, patients hospitalized with COVID-19 face nearly five times the risk of death than those with the flu, according to a major study published last December.

And when variants emerge, we must be poised to respond, Rutherford said. Then, like influenza, “new strains will fade into the background and become part of the milieu, transmitted every year but at much, much lower levels,” he said.

Over time, the risk will recede, experts predict. That’s because the COVID-19 vaccines are better than flu vaccines, and can be promptly modified.

“I am confident that things will get quite a bit better than they are today. Does that mean that you can live completely risk-free? I don’t think so,” said Adler.  “But it may be a low enough risk that most of us feel comfortable with it.”

Eventually, so-called community immunity, or “herd immunity,” will protect us. At that point — when 70% to 90% of the population is protected through vaccination or prior illness —  it is much harder for the virus to move through a population. The risk to people who cannot get vaccinated drops dramatically. That’s when it feels safer to go back to our cherished gatherings. Think big weddings. Football games. Music festivals.

“It’s not over,” said Adler, “but it’s certainly heading in the right direction.” 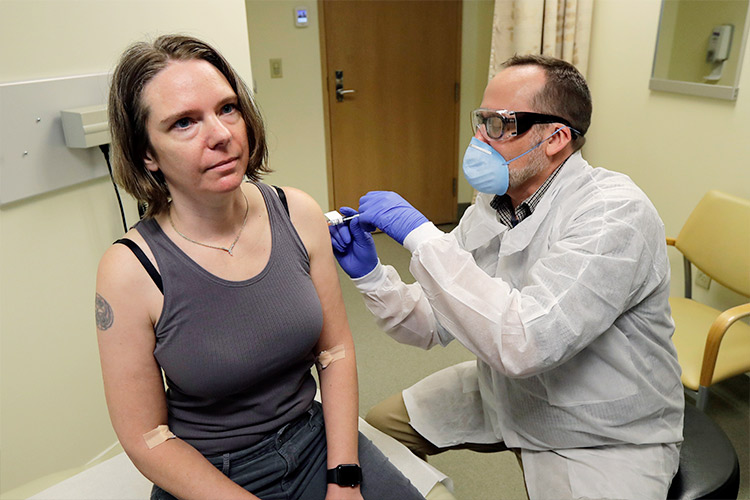 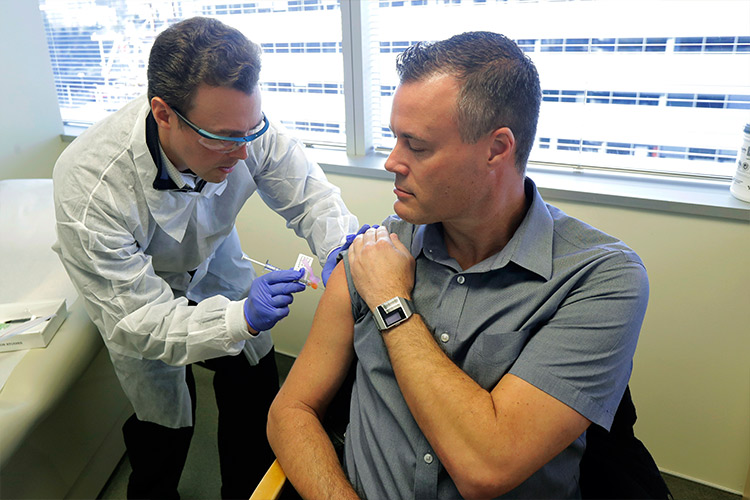