Britain needs to rise up to post-Brexit reality - GulfToday 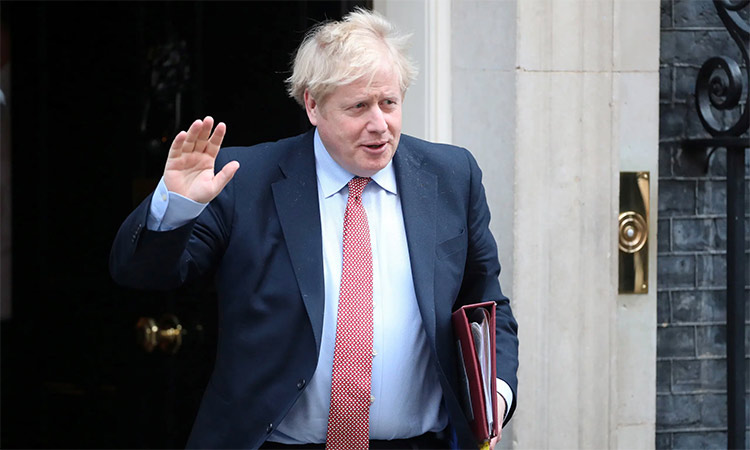 Boris Johnson waves to photographers as he leaves his office at the 10 Downing Street in London. Reuters

After four years of the Brexit saga, the last few weeks have been a period of respite. The consequences of leaving the “transition period” at the end of January have not just been overshadowed by the pandemic, but also by the royal family’s real time enactment of the next series of The Crown.


For better or worse, Brexit has happened and without the upheaval of a total “no deal” outcome. Some of the leading characters in the drama have moved on. Nigel Farage is launching a war against “wokeness” and is hunting for Red Guards as part of his campaign against Chinese infiltration. The Conservative Remainers who stood and fought were wiped out politically, as were all defectors from Jeremy Corbyn’s Labour Party. Some of us retired to do other things.

What survives of the Brexit debate is a wearily predictable: “we told you so”. Remainers rightly point to all the additional red tape from border checks and the rules of origin problems creating tariffs within supply chains. The collapse – by 40 per cent – in exports to the EU may well have been amplified by Covid checks. But it also represents a long-term decline in our trade with our biggest trade partner with entirely predictable, and predicted, economic costs. We did tell them so.

But Leavers are entirely fair to point to the shambolic EU vaccination programme and the petulant European response to the fact that, for once, Britain did something well, helped by a nimble national medicines regulator. It would have been technically and legally possible for us to run our own vaccine programme as an EU member state, but the likelihood is we would have been persuaded to participate in what has been a slower and less effective regime.

But instead of refighting history, the focus should be, from all of us, on how to make the best of a new reality. There is much to do. Key elements in the EU relationship haven’t been concluded yet, including critical rules of engagement for financial services. The promised new trade agreements with the likes of the US have yet to emerge. And the promised opportunities from new post-Brexit “freedoms” have yet to be revealed.

One person who needs to snap out of old ways of thinking is the government’s chief Brexit negotiator, Lord Frost. I remember him as one of my middle-level officials in the Department of Business. He has since become a politician and made it to the Cabinet without ever troubling the electorate.

For reasons which remain obscure, he has landed a really big job: to rebuild good relationships with decision makers in Europe in order to ensure that Britain obtains the best possible terms in respect of the many technical issues which will keep surfacing in the trade relationship.

He has since given an excellent impersonation of a bull in a china shop. He is tearing up a carefully constructed set of arrangements on the Northern Ireland protocol, negotiated by a serious politician: Michael Gove.

His first resort in negotiation seems to be to break international law whose observance is – or was – the bedrock of Britain’s reputation abroad. Among those he has wrong-footed is the foreign secretary, whose attempts to lecture the Chinese on not breaking international law are being made to look ridiculous and hypocritical.

Another minister still locked into a pre-Brexit mode of thinking is the trade minister, Liz Truss, who is seemingly engaged in a “race” with the EU to sign a trade deal with the US. Such things may excite the Brexit faithful but suggest a remarkable degree of wishful thinking about the priorities of the Biden administration. And nothing is more likely to guarantee a bad deal than to announce in advance that you are desperate to get one quickly. The Brexiteers themselves repeatedly deployed this argument for countenancing the disaster of “no deal” with the EU, but have forgotten it in relation to the US, even though we actually do hold plenty of cards in that negotiation.

That is a pity since Truss’s department is coming up with some genuinely interesting ideas. One is for Britain to piggyback on a grand trans-Atlantic trade agreement with the EU, the US and Canada; or perhaps, even, to facilitate one. It isn’t immediately obvious why the deep political discomfort in Europe about the EU-US TTIP deal, which surfaced in the Obama era, would disappear or why the rather protectionist Biden administration would want an agreement. But the vision is a good one and what “Global Britain” should be about, even if the economic benefits will be only a small fraction of the costs of Brexit.

Another useful concept is the idea of Britain joining an Asian regional trade agreement. I rubbished the idea in the days of Brexit bun-fighting and suggested that ministers should buy an atlas. But I am prepared to concede that it makes sense to have a foothold in agreements with the most dynamic trading region on the planet, which will dominate the world economy in future. Ideally it should be done through the World Trade Organisation but regional agreements are a useful stepping stone.

The complication is that there are now two contending regional concepts in Asia. One is the Trans-Pacific Partnership set up under US and Japanese leadership but subsequently sabotaged by Trump. Another is the RCEP group which excludes the US but is led by China and which currently has more momentum. A smart move would be to keep lines open to both. If Global Britain really means something, we would ignore the currently negative vibes around China and make sure that our allegedly Sinophile prime minister follows his instincts.

On domestic policy, too, there is scope for creative thinking about post-Brexit initiatives without being weighed down by the baggage of the past. An example is competition policy. I found as a minister that our British CMA was rather stodgy and the serious work on, for example, the monopolistic data companies was done in Brussels. But Brussels was very slow.

An imaginative and energetic UK competition body could achieve a lot. One example is to throw out the Brussels orthodoxy restricting the auctioning of landing slots at major airports. A competitive system which made airlines and their passengers pay what amounts to a congestion charge at Heathrow would help to break up the hub monopoly and achieve more sustainable aviation and better regional balance (and bring in revenue).

Another area for post-Brexit innovation is the set of rules around state aids and government procurement. In general, the Brussels insistence on tough disciplines to curb subsidies to dying industries and crony capitalists has been healthy and we would do well to keep it. What we can do is speed up the process of “derogating” from those rules where needed. A lot could be done by draining off the dirty bath water without discarding the baby.

I haven’t shifted at all from my view that Brexit was a historic mistake and will prove costly in the long term. But we cannot live in the past. That battle was lost and will not be re-joined for quite some time. We should now be looking at every possible way to turn this dubious new world to our advantage.