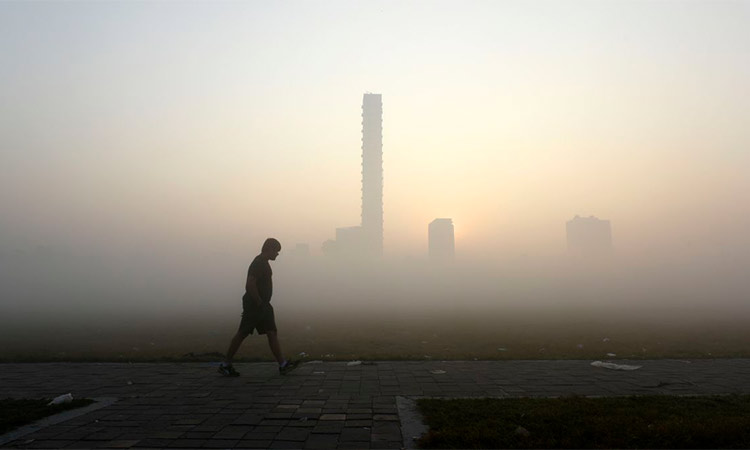 India has seen a year-on-year reduction in carbon emissions.

A new study by the US-based Tulane University in the Nutrition Journal, shows that the carbon footprint associated with India’s dietary guidelines was equivalent to 0.86 kg CO2 per day.

Researchers compared dietary guidelines and food consumption patterns in seven countries —Germany, India, the Netherlands, Oman, Thailand, Uruguay and the United States — to investigate differences in greenhouse gas emissions associated with different dietary guidelines. If people across the globe were to follow their country’s recommendations for a healthy diet, the impact of their food choices on greenhouse gas emissions would vary greatly depending on where they live.

The Tulane study showed that India’s carbon footprint was much lower than the countries like the US (3.83 kg), the Netherlands (2.86 kg), Oman (2.53 kg), Uruguay (2.42 kg) and Germany (2.25 kg). In fact, the Indian recommended diet’s carbon footprint was much lower than even the global guidelines by EAT-Lancet (1.36 kg), which is designed by leading nutritionists and experts around the world with an aim to balance health and environmental sustainability. Main food groups like fruits, vegetables, protein foods, oils/fats, dairy and grains were studied to see the consumption pattern of people belonging to these countries.

As the WeatherChannel reports, most countries around the world, including India, issue a set of dietary guidelines from time to time to help citizens follow a healthy lifestyle. Over the past few decades, these dietary guidelines have evolved in line with the emerging scientific evidence with an aim to make people healthier while not compromising nature’s ability to sustain future generations. The variations result from differences in recommendations for and consumptions of individual foods within the six main food groups —protein foods, dairy, grains, fruits, vegetables and oils/fats.

India, which launched its guideline in 1998, revised them in 2011 to tackle the ‘double burden’ of under- and over-nutrition. Drafted by the National Institute of Nutrition, Hyderabad, the guidelines recommend four levels of food consumption: dating cereals and legumes/beans sufficiently; vegetables and fruits liberally; animal source foods and oils moderately; and highly processed foods that are high in sugar and fat sparingly.

The authors also found that the principal difference between the dietary guidelines of the various countries was the wide range of daily recommended amounts for each food group, particularly protein and dairy foods. Daily recommended amounts of dairy foods ranged from 118 ml per day for Oman to 710 ml per day for the US. The greenhouse gas emissions associated with these two recommendations were equivalent to 0.17 and 1.10 kg CO2 per day, respectively. The greenhouse gas emissions associated with the protein food recommendations ranged 0.03 kg CO2 per day in India to 1.84 kg CO2 in the US, for recommended amounts of 75g per day and 156g per day, respectively.

The team of researchers from Tulane University found that the US dietary guidelines are associated with an equivalent of 3.83 kg of CO2 per day—more than 4 times that of India’s. The US vegetarian dietary guidelines, on the other hand, was much lower (1.8 kg) than the country’s main guidelines. However, even the US veg diet recommendations were twice that of India’s, mainly driven by the higher amount of dairy consumption recommendation.

India’s guidelines recommend very low protein and dairy, and very high vegetables. Moreover, India’s protein recommendation also consists only of pulses—making them the most climate-friendly guidelines among the countries reviewed.

The authors caution that the study only considers a single environmental impact of diets, greenhouse gas emissions. Other environmental impacts, such as land and water use, should be considered when evaluating the overall impact of a diet. The study is restricted to the daily quantitative recommendations of seven countries’ dietary guidelines, which may limit its generalizability to other countries.

“These findings hold insights for the future development of dietary guidelines and highlight the importance of including sustainability considerations, such as reductions of protein food and dairy recommendations and/or the inclusion of more plant-based substitutions for animal-based products,” said Brittany Kovacs, the lead author of the study in a statement.