Spate of retirements signals battles ahead for GOP - GulfToday

Spate of retirements signals battles ahead for GOP 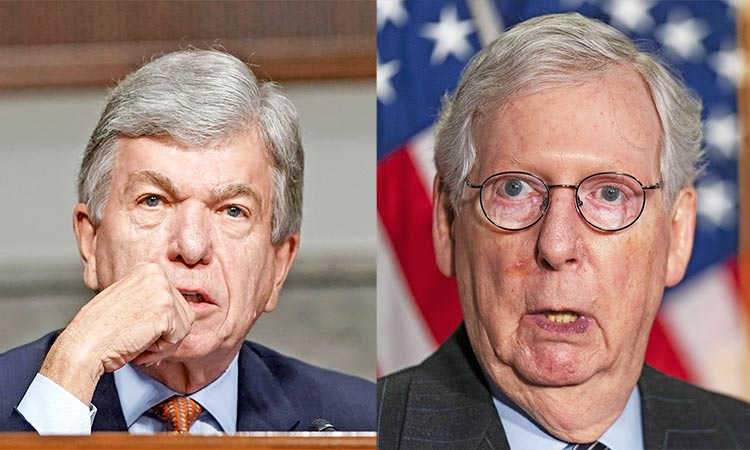 This is not the way Republicans wanted to begin the year. Missouri’s Roy Blunt on Monday became the fifth Republican senator to announce he will not seek re-election, a retirement wave that portends an ugly campaign season next year and gives Democrats fresh hope in preserving their razor-thin Senate majority.

History suggests Republicans are still well-positioned to reclaim at least one chamber of Congress next year. But officials in both parties agree that the surge of GOP departures will make the Republicans’ challenge more difficult in the Senate.

“Any time you lose an incumbent, it’s bad news,” said Republican strategist Rick Tyler, who briefly worked for failed Missouri Senate candidate Todd Akin nearly a decade ago. “Missouri’s not necessarily a safe state for Republicans. Democrats have won there.” The 71-year-old Blunt’s exit is a reminder of how the nation’s politics have shifted since the rise of Donald Trump. Blunt and his retiring GOP colleagues from Ohio, Pennsylvania, North Carolina and Alabama represent an old guard who fought for conservative policies but sometimes resisted the deeply personal attacks and uneven governance that dominated the Trump era.

Their departures will leave a void likely to be filled by a new generation of Republicans more willing to embrace Trumpism - or by Democrats.

Several Missouri Republicans are expected to seek the nomination to replace Blunt, but none will be more divisive than former Governor Eric Greitens, who resigned in 2018 amid the fallout of a sex scandal and ethics investigation. Missouri’s Republican base has since rallied behind him, believing he was unfairly prosecuted. Greitens was considering running for the GOP nomination even before Blunt’s announcement. Two leading Missouri Democrats, former Sen. Claire McCaskill and 2016 Senate candidate Jason Kander, both said they would not run for the open seat. Ahead of Greitens’ announcement, some Republicans worried that he could jeopardize the Senate seat if he emerges as the party’s nominee.

Steven Law, a key ally of Senate Minority Leader Mitch McConnell and CEO of the Senate Leadership Fund, warned that Republicans may be beginning to repeat the mistakes of 2010, when the GOP lost the Senate majority by embracing flawed far-right candidates. Law cited Greitens’ looming announcement specifically. “We have an opportunity to win back a majority,” Law said. “But in 2010, that opportunity was lost on the Senate side because of unelectable candidates who got nominated.”

Back in 2010, tea party favourite Christine O’Donnell beat a longtime GOP congressman in the Delaware Senate primary before losing by a landslide in the general election following reports of personal financial difficulties, questionable use of campaign funds and allegations that she had “dabbled into witchcraft.”

Two years later in Indiana, Richard Mourdock defeated six-term Sen. Richard Lugar in the 2012 GOP primary, but he imploded after a debate in which he said pregnancy resulting from rape “is something that God intended.” In Missouri, Republican nominee Akin lost after he insisted on a local talk show that women’s bodies have ways to avoid pregnancy in cases of “legitimate rape.”

In the decade since Akin’s debacle, Missouri’s politics, like the nation’s, have evolved in a way that gives both parties opportunities.

States like Missouri, Ohio and Iowa, recently considered swing states, are trending away from Democrats. At the same time, previous red states like North Carolina and Georgia are trending away from Republicans. Meanwhile, Blunt predicted political success for Republicans in Missouri and beyond during a Monday news conference. He also reflected upon the 2010 election, when Democrats were punished nationwide after embracing Obama’s fiscal stimulus and health care overhaul.

“I think 2022 will be a great year in the country and I think it will be a fine year in this Senate race,” Blunt told reporters. “The Republican Party will be just fine.” 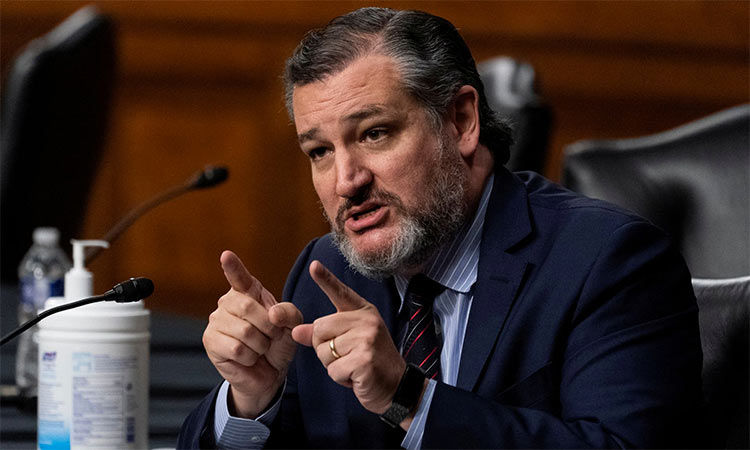 As much as he loves to lambast the media, no Senator thrives off its attention more than Ted Cruz. Perhaps that’s because he nurses a grudge that many elites whom he knew at Princeton and Harvard never fully embraced him; perhaps we’re seeing the vapor trails of his time as a drama geek in high school. Whatever it is,