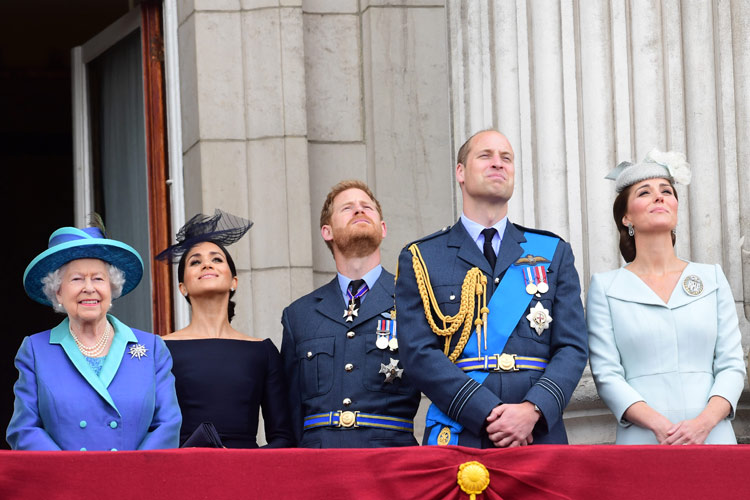 Once a happy family, the British royals are up against each other in a bitter family feud.

The tell-all conversation that Harry and Meghan Markle had with celebrity host Oprah Winfrey is exactly that: utterly revealing, a bombshell interview that highlights allegedly a slew of issues: racism, thoughts of suicide, apathy in the corridors of Buckingham Palace, bullying, strained relations, the list goes on. Clearly, the Suits star found Palace life anything but suitable.

She said that someone in the royal family asked the shocking question about the skin colour of Archie when he was not yet born. She said the royal family drove her to consider thoughts of taking her own life. When she reached out to the palace for assistance, she was told it would not be “good optics,” instead her passport, keys and driving licence were seized.

In one fell swoop, Meghan Markle has, with the support of her husband Harry, hit at the very foundation of respect and credibility that the British royals have enjoyed all these years.

She has spared Kate Middleton, though. A few days before the wedding, Kate was upset about the flower girl dresses, which made Meghan cry. “It really hurt my feelings,” she said. Kate apologised to her for her behaviour.

It would look as though she were walking an emotional tightrope over the abyss of a life that was pretty thoroughly awful. Her sentimental maelstrom will be whipped up into a froth of entertainment for the bored, chattering classes, then flicked off as though it were a speck of dust, to be consigned to oblivion.

She has no relationship to anything except for her endless reserves of whiny criticism. However, if Meghan thinks she can evoke a twinge of responsive sympathy, who could revive the ancient flame of glory with the fuel of her cathartic narration, she may be sadly mistaken.

Remember, this is the age of the coronavirus, when a lot of people and firms suffer from poor financial health. CBSViacom paid a licence fee of between $7 million and $9 million for the rights to air the interview. Some would argue this could be a gainful calculated move disguised as a show of emotional distress.

Clearly Meghan Markle was having none of it: she did not want to wither and die in Buckingham Palace, like an exotic plant in unsuitable soil. She felt she could not even trust the people who were supposed to protect her.

At first blush, they seem to be the rantings of a female royal whose sole fault is that she is not white or British. Her whine has grown into a petulant snarl that seems to snuff out all other sounds of criticism.

There are two issues here. Harry appears to be the gullible guy who has been having strained relations with his father and Prince William. He is pretty bold to back his wife and shun royal privileges.

Remember, it is the same Meghan who was accused by her father of “cheapening” the British royal family a day after Buckingham Palace said Prince Harry and his wife would no longer be working members of the monarchy.

When she had suicidal thoughts, she turned to a friend of Diana to talk to. But Meghan is no Diana, the comparison is open to dispute. Diana had a way of endearing herself to the people. She was, rightly or wrongly, adored by the commoner and the rich and the famous. She also rebelled against the reported frowsty atmosphere of the royals, but not to the extent of walking out of the Palace.

The Palace is yet to address Meghan’s charges, though Queen Elizabeth and Prince Philip said they did not make racist comments about Archie. It remains to be seen whether the world of the royals will tremble beneath the weight of the accusations.