Curb food waste and save the planet - GulfToday 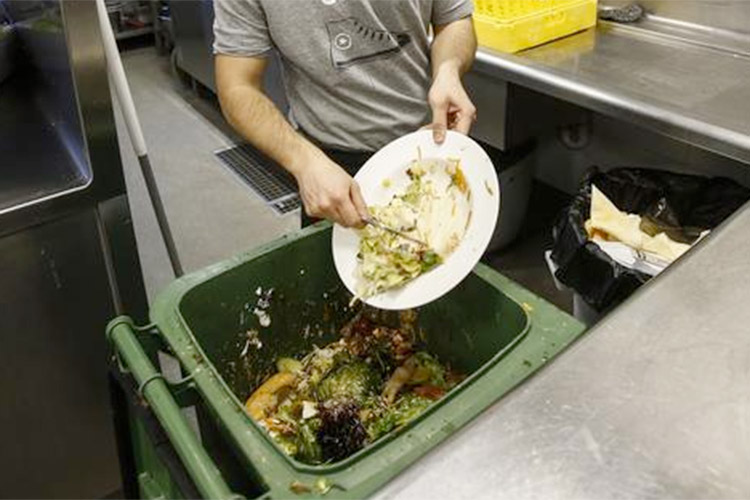 Photo has been used for illustrative purposes. File/Reuters

Pope Francis, who is on a historic trip to Iraq, once said, “Throwing away food is like stealing from the table of those who are poor and hungry.” This statement needs serious thinking, especially in the light of a UN report that says more than 930 million tonnes of food sold in 2019 landed in waste bins. This is truly alarming. At a time when millions around the world, particularly in poor countries, are going without food, this speaks volumes for the sheer indifference the haves have towards the have-nots.

The study reveals that households discard 11 per cent of food at the consumption stage of the supply chain, while food services and retail outlets waste five and two per cent, respectively.  This has substantial environmental, social and economic impact, according to the report, which points out that eight to ten per cent of global greenhouse gas emissions are associated with unconsumed food.

Produced by the UN Environment Programme (UNEP) and partner organisation WRAP, the Food Waste Index Report 2021, reveals that between food wasted in homes, restaurants and shops, 17 per cent of all food is just dumped.

Some food is also lost on farms and in supply chains, indicating that overall a third of food is never eaten.

“If we want to get serious about tackling climate change, nature and biodiversity loss, and pollution and waste, businesses, governments and citizens around the world have to do their part to reduce food waste,” said Inger Andersen, Executive Director of the UNEP.

Although food waste had been thought of as a problem mostly affecting rich countries, the report found levels of waste were surprisingly similar in all nations, though data is scarce in the poorest countries.

“Reducing food waste would cut greenhouse gas emissions, slow the destruction of nature through land conversion and pollution, enhance the availability of food and thus reduce hunger and save money at a time of global recession,” said Andersen.

In 2019, some 690 million people were impacted by hunger and three billion were unable to afford a healthy diet.

Against that backdrop and with COVID-19 threatening to exacerbate these numbers, the study urges consumers not to waste food at home. It also pushes for food waste to be included in Nationally Determined Contributions (NDC), plans through which countries commit to increasingly ambitious climate actions in the Paris Agreement.

In 2018, a report said food waste could rise by almost a third by 2030 when more than 2 billion tonnes will be binned, researchers said, warning of a “staggering” crisis propelled by a booming world population and changing habits in developing nations.

The United Nations has set a target of halving food loss and waste by 2030. But the Boston Consulting Group (BCG) study found that if current trends continued, it would rise to 2.1 billion tonnes annually – an amount worth $1.5 trillion.

Much of the projected increase was down to a swelling world population, with more people resulting in more waste. Household waste will increase in developing countries as consumers gain more disposable income, said the report, which identified key changes which it said could save nearly $700 billion in lost food.

More awareness among consumers, stronger regulations and better supply chain efficiency and collaboration along the food production chain are some of the steps that could be taken to stem the waste. Above all, the people who junk food should realise the damage they are doing to the cause of the poor – and the preservation of the planet.