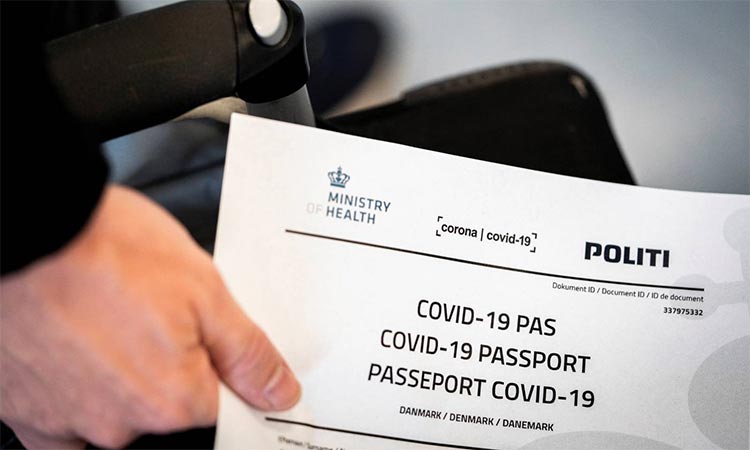 Vaccine passes remain a hypothetical question in most countries. Reuters

After months of political clashes around the world over lockdowns and travel restrictions, Europe is at the forefront of a thorny new COVID-19 controversy: vaccine passports.

As more and more people are inoculated against the novel coronavirus that has killed more than 2.5 million people across the globe, arguments are flaring over whether government-issued proof of vaccination should serve as permission for a range of coveted activities — mingling with friends, going to concerts, getting on airplanes or crossing borders. For much of the past year, Europe has served as a coronavirus bellwether, enduring mass outbreaks and overburdened healthcare systems before those same crises made landfall in the United States. And like earlier disputes, national disagreements over vaccine passports are playing out against a backdrop of frayed tempers and pandemic fatigue.

With notable exceptions like Israel, vaccine passes remain a hypothetical question in most countries. But across Europe, bioethicists, bartenders and business travellers alike are weighing the ramifications of dividing the public into haves and have-nots in terms of inoculation.

A “status certificate,” as it’s been dubbed in Britain, could create “a two-tier society,” said Sam Grant of the advocacy group Liberty, which campaigns for civil liberties. “Some people can access support and freedoms, while others are shut out,” he said.

Britain, which formalized its split from the European Union as the year began, is enjoying a far more robust vaccine rollout than its neighbours on the continent, with nearly one-third of the population having received at least one shot. That has given added impetus to the vaccine passport question, with a formal government review to be completed by June.

Meanwhile, the EU’s executive arm, the European Commission, has signalled it would move to create a vaccine-certification system to be used across its 27 member states. Ursula von der Leyen, the commission president, said this week that a legislative proposal for a “Digital Green Pass” would be put forward this month — which is already generating some unease and discord within the bloc.  Tourism-starved southern European countries such as Italy, Cyprus and Greece are eager to see the EU adopt vaccine documentation to open the way for international visitors. But EU heavyweights like Germany and France are far more wary, citing worries over personal privacy and social discrimination.

In France, the prospect of a “pass sanitaire” is entwined with concerns about the country’s slow-paced vaccine rollout. Only 4% of adults in France have been inoculated, leaving many people who want shots unable to get one, and thus ineligible for whatever pass might come into being.

“It’s a kind of discrimination, in the sense that some people are going to be able to get it, and others won’t,” said Lionel Chassagne, 52, a currently jobless flight attendant.

At the same time, there’s fear that tying privileges to health passports would unfairly penalize those who are vaccine-hesitant for religious, philosophical or medical reasons, which is turning out to be a very substantial group in France. President Emmanuel Macron has promised that vaccines will never be mandatory, but a pass could provide an incentive for those who need only a nudge to get the shot.

“If there is a passport, I’ll want to get vaccinated, whereas I might not have wanted to otherwise,” said Ebony Wallace, 23, a French student of e-commerce. The government last month set up a nationwide online poll that is still accepting comments on the merits of the pass.

In some European countries, the vaccine passport debate is shadowed by the past. Germany’s Nazi era left it sensitive over singling out certain groups as undeserving of privileges accorded to others — the searing historical parallel being the persecution of Jews, first via social restrictions, then the creation of ghettos, and finally the death camps. In the former East Germany, supposedly egalitarian communist rule afforded luxurious perks to a leadership elite, who drove Western automobiles and drank Western liquor. Decades later, the idea of mandating particular privileges for a limited group still rankles.

A poll by ARD television last month found that 68% of Germans were opposed to any kind of special treatment for those who get vaccinated, with just 28% in favour. Chancellor Angela Merkel has said she opposes such privileges until everyone in Germany has at least been offered a vaccination, which isn’t forecast to happen until September.

But for some, tying vaccine passports to the personal choice of whether or not to get inoculated risks coercion.

“It’s an indirect obligation to get vaccinations,” said Jana Tschitschke, 43, who works in public relations in Berlin. “If the vaccines are really good and really safe, then the benefits to the whole society would then outweigh the interests of a small group of people. But I don’t know when we’re going to know that for sure.”

Some countries are debating whether something short of a formal vaccine passport could be used for close-to-home perks like going to the gym or the theatre, rather than serving as a required travel document. France already has an app called Everyone Against Covid, which could eventually provide a QR code to enter public venues.

Across the EU, as well as in Britain, data protection is an especially contentious issue. It was among the key points cited in a study on health passes published last month by the University of Exeter Law School. The report’s author, Ana Beduschi, cited “sensitive personal health information” used to “create a new distinction between individuals based on their health status, which can then be used to determine the degree of freedoms and rights individuals may enjoy.”

Down the road, linking vaccine status to work and school attendance could trigger disputes. Forcing employees to be inoculated would be illegal, said Volker Lipp, the vice chair of Germany’s Ethics Council, an independent government-funded body, but he said private companies could set terms and conditions for clientele to access certain services.

A leading German travel company, All Tours, recently announced it would only accept customers who could prove they’d been vaccinated for travel bookings next winter to sunny destinations like Greece. That prompted a social-media firestorm, and drew criticism from some public officials.

In some quarters, though, there’s debate over whether to even engage in debate. Some European officials prefer to avoid the issue altogether for now, saying relatively low vaccination rates render any decision-making premature.

Others, though, argue that the question needs a full airing now, before governments’ hands are forced by events.

In Paris, Deolinda Ribeiro, who travelled widely during more than a quarter-century of working for the UN cultural agency UNESCO, said proof of inoculation against long-existing diseases like yellow fever is a commonplace entry requirement, and the same might well apply in the future to the novel coronavirus. Within France, Ribeiro said, a health pass could mark a return to a cherished lifestyle of cozy café rendezvous and nights out at the cinema.

“It will allow us to return to our normal lives,” she said.

The EU has been lagging on vaccine rollout due to several delays and controversies.

Before the EU’s comprehensive vaccine plan descended into a farce of screeching U-turns, bitter recriminations and a raid on a pharma factory, the European Commission president Ursula von der Leyen sent this tweet to her half-million followers:

After Dr. Ifeanyi Nsofor and his wife received two doses of AstraZeneca’s coronavirus vaccine in Nigeria, they assumed they would be free to travel this summer to a European destination of their choice. They were wrong. The couple —and millions of other people who have been vaccinated