On a mission | Michael Jansen - GulfToday 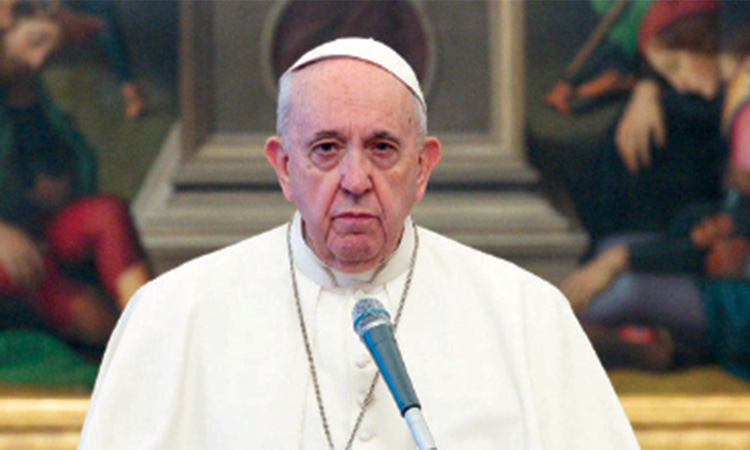 Pope Francis is set to arrive in Baghdad today on the first ever visit of a Catholic pontiff to Iraq although its Christian communities are among the world’s most ancient. His aim is to “console and encourage” Catholics, other Christians, non-Christian minorities and the majority Shia community which have suffered terribly from decades of punitive sanctions and warfare.

Cardinal Leonardi Sandri, who supervises the Vatican’s relations with Oriental churches, said Pope Francis seeks to promote peace and offer “a concrete road map from the future of inter-religious relations and for the future of the world.” This may be a steep agenda, but this pope is not a man to waver from his mission.

A prelate determined to forge good relations with the Muslim world, Pope Francis made the first historic visit of the head of the global 1.3 billion strong Catholic community to the Arabian Peninsula when he attended an interfaith congress in the UAE in February 2019. While in Abu

Dhabi he praised the UAE for its tolerance of all faiths. The federation is home to nearly a million Catholics, most from the Philippines and India, as well as 660,000 foreign Hindus — all of whom enjoy freedom of worship.

This is not the first visit of the Argentinian-born pope to Iraq. As a cardinal he travelled to Iraq in 2012 and 2015.

While in Iraq he will meet Christians in the capital before travelling to the Shia holy city of Najaf where he will have a private audience with the reclusive Grand Ayatollah Ali Sistani. He will journey southeast to Dhi Qar province to view the excavation site of ancient Ur, the birthplace of the Prophet Ibrahim, revered by Muslims, Christians and Jews and climb the steps of the restored base of the famous Great Ziggurat. The pope will spend Sunday in Mosul in the north, where Christians, Muslims and Yezidis suffered persecution, death and expulsion under the cruel rule of Daesh.

The pope’s visit to Iraq after a 15-month abstention from travel due to covid-19 is meant to boost the morale of Christians and other minorities in Iraq persecuted and ethnically cleansed by Daesh. He was set to make this tour last year but this was postponed by the pandemic. Pope Francis and his entourage have all been vaccinated and will be moving around the country in a covid and security bubble but will encounter some risk by meetings with Iraqi officials and churchmen.

“The visit entails risks, and the pope is taking the risks because he sees himself as a pastor, as a father, as one who goes to whoever is in difficulty,” Cardinal Sandri said.

Infectious disease experts have expressed concern about the pope’s trip as there has been a rapid rise in covid infections in that country where the health sector has been decimated by 30 years of warfare, misrule, and sanctions. Their worries arise from the 84-year old pope’s contacts with Iraqis in gatherings and while he performs masses for the faithful. The Vatican envoy to Iraq, Mitja Leskovar has tested positive for covid after travelling around the country making arrangements for the pope’s tour.

Since the 2003 US invasion and occupation of Iraq, the country’s Christian communities have diminished by 83 per cent, falling from 1.5 million to 250,000. The Daesh take-over of Mosul and a swathe of territory in the north was particularly dire for Christians as well as Yezidis although the massacre, kidnapping and enslavement of the Yezidis captured the attention of the global media rather than the plight of Christians.

Daesh drove Christians from the Nineva Plain, the community’s historic heartland. Less than half have returned. Some have settled in the Kurdish autonomous region while others have emigrated. Many have nothing to return to in their villages as Shia militias have appropriated their homes and lands.

The authorities, citizens and churches in Mosul’s Old City, badly mauled by US bombing during the anti-Daesh campaign, have been clearing rubble and debris in an effort to give the pontiff a good impression but rebuilding churches, mosques, homes and shops damaged and destroyed during the conflict will take years, if not decades.

He will be taken to see the Nouri Mosque and the Our Lady of the Hour Catholic church which are being reconstructed by UNESCO with $50 million in funding from the UAE. While the 12th century mosque, with its distinctive leaning minaret, dubbed “the hunchback,” was said to have been mined by Daesh before the departure of its fighters in 2017, the 19th century church was among 45 churches and convents destroyed by the takfiris during their brief rule.

Daesh determined to bring down the iconic mosque which had survived centuries of war and pillage to wreak revenge on Iraq for its rejection of the false “caliphate” declared by Daesh founder Abu Bakr al-Baghdadi from the mosques’ pulpit in July 2014. The pope will also visit the iconic Christian town of Qaraqosh where some former inhabitants have returned and begun rebuilding.

The Iraqi Chaldean Catholic Church and the Syriac Catholic Church — which date to the first century AD — practice the Syriac (or Eastern) rite and are in communion with the Vatican. There are another 11 churches in Iraq — Catholic, Orthodox and Protestant.

Following the US invasion and occupation of Iraq, churches became favourite targets of al-Qaeda. In August 2004, five Iraqi churches in Baghdad and one in Mosul were subjected to car bombings that killed at least a dozen and wounded 71. The Syriac Catholic cathedral in Baghdad which was attacked in the 2004 operation was also hit in October 2010 when Daesh took hostages and engaged in a shoot-out with security forces, killing 58 worshippers, policemen, and bystanders and wounding 78. These were only two of the more deadly outrages. During the rule of the secular Baath party, Christians and other religious minorities were largely respected and protected.

George W. Bush had listed to the wise advice of then Pope John Paul II who was a vehement opponent of the war. 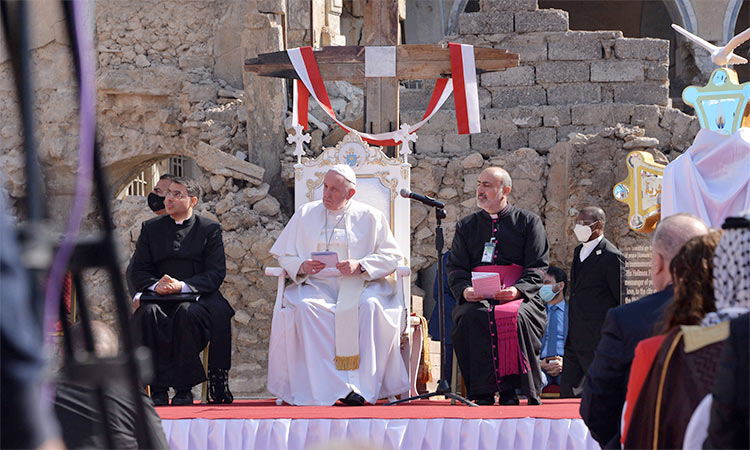