Of stained cups and the urge to go back in time 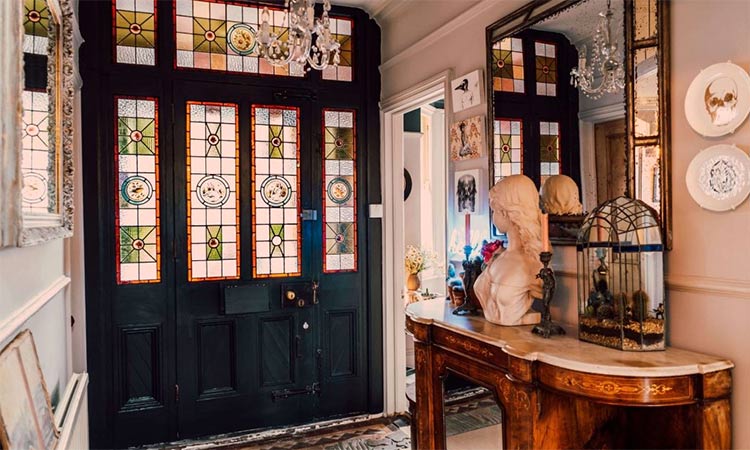 Image for illustration purpose only.

Many moons ago, I used to go to this further education institute in the West End of London. It was inside this huge five-storey Victorian house. The top three floors were where the institute was run and the ground and first floor were where a mysterious lady lived.  In order to get to the Institute we had to use the common entrance and use the common staircase which meant going through this huge hall and pass a huge landing.

Now I say mysterious because I went into that house every day for a year and I never once saw her. But I did once see who I think was the housekeeper and she made some pleasantries as I walked passed her. The point I’m making is that the house was so untouched that you fell right back into the Victorian era. I reckon the décor had not changed since the day it was built. It was extraordinary. There were huge oil paintings of 19th century people whose eyes followed you as you went up the winding staircase. Massive chandeliers hung from the ceilings and there was a large ornate chest against the wall on the landing. The smell of early morning toast wafted through the air as the housekeeper carried a tray quickly into a room on the first floor. I understood that the establishment belonged to the old day whose husband had started it many years ago. This was authentic nineteenth century England. Everything was as it was when it was first built.

I rather like that type of décor. If I had my own house I’d probably put in ornate wooden furniture, wall to wall carpets, wallpaper that was not too noisy but enough to create that nineteenth century ambience.

But it’s one thing to look for olden day stuff. That’s what antiques are all about. Going to flea markets and antique shops and finding something that is old enough, authentic and with some monetary value. But it’s another to purposely make newly made modern day items look old by incorporating weird ideas into the designs.

But unfortunately this is where we are today. Remember how embarrassing it is to be seen in public in a brand new pair of jeans? Apparently wearing new jeans makes you look like a fuddy duddy, like someone who‘s never owned a pair of jeans and has had to go and buy one for a particular occasion. So to avoid the embarrassment people went out of their way to make new jeans look old and worn out. They did this in a number of ways including ripping them in the right places and sullying them up a little. Then shops started selling jeans that already looked that way. Go into any jeans shop today and you’ll find that they now have multiple tears and even bleaching in strategic places. They are made to be looked worn in.

I think that jeans were the only apparel that underwent this treatment but if you now go into any clothes shops, you might find clothes that don’t look hundred percent new. It’s almost as if they were designed to look like they were worn. A lot of things look creased with threads hanging out in places and with scruffy hems. I always thought that there were major flaws in the designs but now I think it might be deliberate. I think you might come across trousers that look like they are coated in mud and tops and T-shirts that have what look like splatters of food across the front. Some even look like they’ve faded after many washes.

I think it’s bad enough changing the meaning of fashion but it gets worse when designers do the same thing with everyday household items too.

For example, would you buy a bathroom sink that is designed with red questionable splatters? More to the point would you use a public sink, say in a bar or coffee shop, that has decided to put in this latest edgy design? Some companies are even selling dishes that look dirty, like cups with coffee or tea stains and saucers and plates with leftover food stains. There are even hotels that have laid down carpets that look like they have red stained wheel marks along their length.