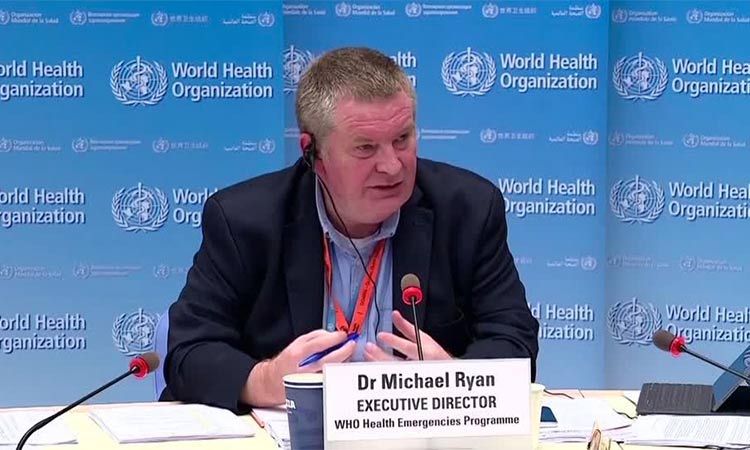 At a time when the world is struggling to make all-out efforts to curb or wipe out the virus from the face of the earth, a revelatory statement from WHO is startling. A senior official of the global health body said it was “premature” and “unrealistic” to think the pandemic might be stopped in its tracks by the end of the year.

The world’s singular focus right now should be to keep transmission of COVID-19 as low as possible, said Dr. Michael Ryan, director of WHO’s emergencies programme.

In this regard, the recent arrival of effective vaccines could at least help dramatically reduce hospitalisations and the number of deaths.

Ryan said who was reassured by emerging data that many of the licensed vaccines appear to be helping curb the virus’ explosive spread.

“If the vaccines begin to impact not only on death and not only on hospitalisation, but have a significant impact on transmission dynamics and transmission risk, then I believe we will accelerate toward controlling this pandemic.”

But Ryan warned against complacency, saying that nothing was guaranteed in an evolving epidemic.

“Right now the virus is very much in control,” he said. However, the selective method of vaccination based on the economic status of nations is disturbing to say the least. Poor countries are being kept on hold while the rich nations get top priority.

WHO’s director-general said it was “regrettable” that younger and healthier adults in some rich countries are being vaccinated against the coronavirus before at-risk health workers in developing countries.

Tedros Adhanom Ghebreyesus said immunisations provided by the UN-backed effort COVAX began this week in Ghana and the Ivory Coast, but lamented that this was happening only three months after countries such as Britain, the US and Canada began vaccinating their own people.

“Countries are not in a race with each other,” he said. “This is a common race against the virus. We are not asking countries to put their own people at risk. We are asking all countries to be part of a global effort to suppress the virus everywhere.”

But amid all this, however, is the disturbing fact that Ukrainian medical facilities are throwing away some unused COVID-19 vaccines after doctors failed to show up for their own appointments to be vaccinated.

There should be some respect for the campaign to eradicate the coronavirus. Junking these valuable vaccines which could save lives is nothing short of indifference.

The problem with the country is that nearly 50 per cent of the people do not want the vaccine, according to a report.

“It is important for us to understand how all the processes are set up, why doctors refuse to be vaccinated,” Oleksandr Korniyenko, the head of President Volodymyr Zelenskiy’s Servant of the People party, told a televised meeting.

“This is very bad, but there is no other option... if a person does not come, it (vaccine bottle) can be kept open for 2-3 hours, after which it must be disposed of,” the head of parliament’s health committee Mykhailo Radutskyi said.

However, in the midst of all this gloomy scenario, there are some rays of sunshine. Hungarians are baking for ambulance workers across the country coping with a new surge in COVID-19 infections after the founder of an online cookery group asked a friend in the service how she could help.

With over 114 million coronavirus cases globally and more than 2.5 million deaths, the WHO forecast should be considerably thought over. Where mankind is concerned, it is going to be a night without end, and a long, long one at that.