Why Meghan’s ‘late’ announcement is symbolic too - GulfToday

Why Meghan’s ‘late’ announcement is symbolic too 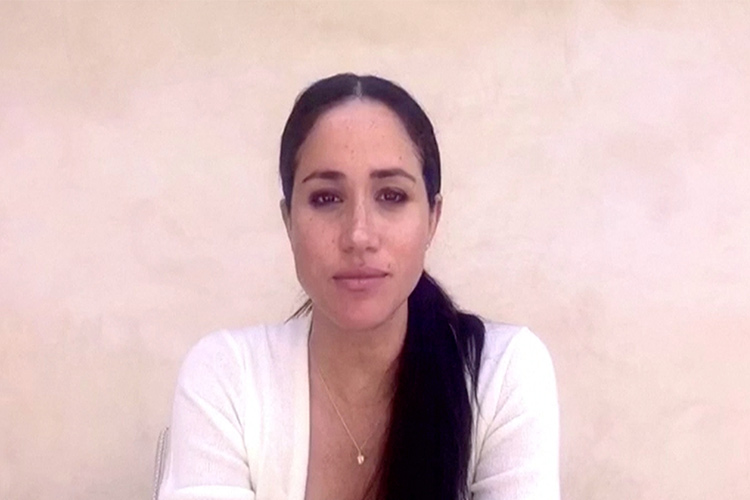 I doubt I’m the only one with mixed feelings about the recent deluge of headlines on royal babies, but the Duchess of Sussex’s announcement that she had a miscarriage last year, showed the pain of pregnancy loss is a great leveller irrespective of aristocratic titles, fame or wealth.

I would think, based on my own experience of pregnancy after miscarriage, that Meghan Markle has found her current pregnancy more difficult than her first.

Our first baby, like Archie, arrived less than a year after we got married and we began trying for another child just after he turned one. I put the first “textbook” miscarriage, which happened a few days after the thin blue line on the test, down to bad luck. It was very upsetting, of course, but I knew that around one in four pregnancies ended in miscarriage within the first four weeks.

When I had what is known as a “missed miscarriage”, where there were no visible signs of pregnancy loss, six months later, I was devastated. We didn’t find out the heartbeat had stopped until the 11-week scan and had presumed by then that everything was fine.

Figures from the National Childbirth Trust (NCT) say the probability of miscarrying drops to just five per cent at eight weeks and 0.5 per cent at 16 weeks. The mother’s age is also a factor too. The NCT estimates the risk of miscarriage increases from around 20 per cent at 35 years old to 40 per cent at 40 years old and 75 per cent from 45 onwards.

Yet, even though we know that miscarriage is really quite common, it’s one of those things we rarely talk about. It wasn’t until I finally told a handful of friends about mine that I realised they had also suffered a pregnancy loss too.

Why are we so reluctant to disclose these things? Is it the British stiff upper lip? The seemingly unseemly nature of disclosing our personal lives? The fear of being made to feel uncomfortable by TMI?

Pregnancy after a miscarriage is really anxiety inducing as any woman who has suffered a pregnancy loss knows firsthand how easily things can go wrong. I would guess that Meghan, who is reportedly around five months along and due in the summer, waited to announce this pregnancy until she was well past the 12-week mark to try and mitigate the risk as much as possible.

We also waited until after the 12-week scan to tell friends and family when I became pregnant with our second child. The blissful ignorance I’d enjoyed with my first pregnancy was replaced with ongoing worry about everything, from checking how well cooked the meat was to whether I should have lifted those tables onto the stage at playgroup.

I’m sure the fact Meghan announced her pregnancy on Valentine’s Day, the same day that Princess Diana announced hers with Harry 37 years before, was symbolic too. That was certainly the case for me after my mum died. Each pregnancy was another poignant reminder that my mum would never get to meet this grandchild, so it was always somewhat bittersweet and tinged with sadness.

There has, in recent years, been something of an awakening when it comes to talking about miscarriage, on social media at least. But there is still a long way to go. If the last year or so has taught us anything, surely it’s that we shouldn’t suffer in silence. Pregnancy is part of life and so, sadly, is miscarriage. Sharing our stories and experiences should help raise awareness and combat the stigma which still surrounds these things. They’re not just “women’s problems”. They affect men too and anyone who has lost a child at whatever stage of pregnancy should be entitled to grieve that loss.