A month into the job and focused on the coronavirus, President Joe Biden is seeing his disaster management skills tested after winter storms plunged Texas, Oklahoma and neighbouring states into an unusual deep freeze that left millions shivering in homes that lost heat and power, and in many homes, water.

At least 59 deaths across the US have been blamed on the blast of unseasonable weather.

Biden came into office on January 20 promising to tackle a series of brewing crises, starting with the coronavirus pandemic and its ripple effects on the economy. He tacked on systemic racism and climate change as top priorities. The problem is that the storm is happening when the coronavirus is also raging on. This means that delivery of millions of much-needed vaccines to boost immunity to the pandemic will be delayed.

Biden approved a major disaster declaration for Texas on Saturday as the state struggles with the storm fallout.

Millions of residents in the United States’ biggest oil and gas producer have had to contend with days of electricity outages, and nearly half of all Texans are still suffering from disruptions to their water service.

10 deaths due to hypothermia were reported.

The action by the Biden administration makes federal funding available to affected individuals, including assistance for temporary housing and home repairs and low-cost loans.

With all the state’s power plants back online, millions of Texans were finally able to turn on the lights and heat their homes again. However, outages persisted and more than 78,000 homes remained without electricity as of Saturday morning.

With the weather set to improve and temperatures expected to return to normal in the coming days, the main concern has shifted from power to water.

More than 1,200 public water systems have reported service disruptions, many of them leading to boil water notices.

Biden said on Friday that he hopes to travel to Texas next week but doesn’t want his presence and the accompanying presidential entourage to distract from the recovery.

“They’re working like the devil to take care of their folks,” Biden said of Texas officials.

Biden wants to avoid repeating the mistakes of his predecessors where response to natural disasters is concerned.

George W. Bush earned praised for his leadership after the Sept. 11, 2001, terrorist attacks but stumbled during his administration’s halting response to the humanitarian disaster that unfolded in New Orleans after Hurricane Katrina struck the Gulf Coast four years later.

Barack Obama said he should have anticipated the brickbats for going to the golf course right after he condemned the beheading of a kidnapped American journalist by militants in 2014. Obama was vacationing on Martha’s Vineyard at the time. Donald Trump was criticised for tossing rolls of paper towels into a crowd of people in Puerto Rico who had endured Hurricane Maria’s pummelling of the island in 2017.

Bill Clinton, who famously claimed during the 1992 presidential campaign that “I feel your pain,” was a natural at connecting with disaster victims.

Just this week, Republican Sen. Ted Cruz of Texas came under attack for travelling to Mexico while his constituents suffered without power, heat and running water. His explanation – that his daughters pushed for the getaway because they were out of school – was particularly slammed. 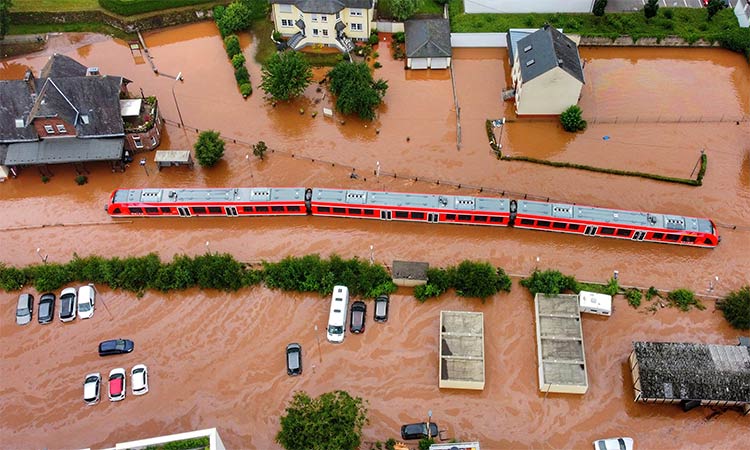