Rising to the challenge - GulfToday 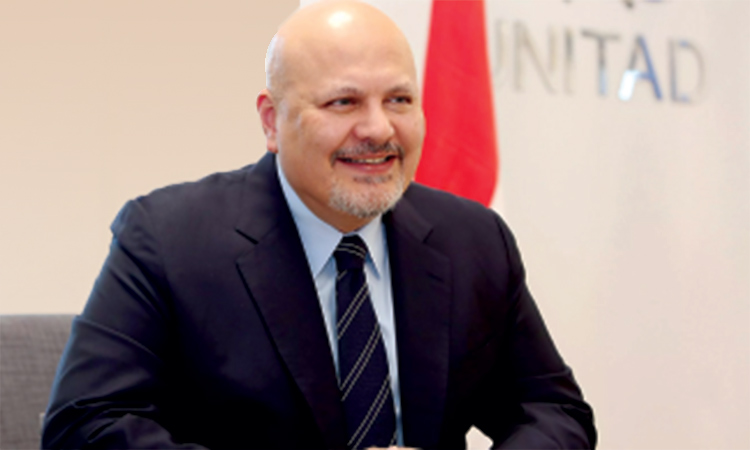 British human rights lawyer Karim Khan has been elected chief prosecutor of the International Criminal Court (ICC) to succeed Gambia’s politically controversial Fatou Bensouda. Although previous prosecutors have been agreed by consensus, two rounds of secret balloting were needed for Khan, 50, to win, defeating candidates from Ireland, Spain and Italy with the support of 72 of the 132 ICC members. His nine-year term will begin in June.

During his 27-year career, he has served as legal adviser to the prosecution at special tribunals for the Former Yugoslavia, Rwanda, Cambodia, and Lebanon. He has also represented defendants appearing before the ICC who have been accused war crimes, crimes against humanity, aggression and genocide. His most noted client was the son of the late Libyan leader Seif al-Islam Gaddafi. Khan is currently based in Baghdad where he serves as special adviser and head of the UN team investigating Daesh war crimes in Iraq.

Born in 1970, Khan was called to the bar in England and Wales by Lincoln’s Inn and subsequently attended Wolfson College, Oxford University, where he received a doctorate in law before serving as a Crown Prosecutor. He has since combined work in Britain and internationally.

The globe’s first permanent international criminal court created in 2002, the ICC “seeks to complement, not replace, national Courts.” In its statement of purpose, the Court said it “investigates and, where warranted, and tries individuals charged with the gravest crimes of concern to the international community.” The Court’s objective is to “end impunity.. and hold those responsible accountable for their crimes and to help prevent these crimes from happening again.” So far, there have been 30 cases before the court, ICC judges have issued 35 arrest warrants and 17 people have been detained and appeared before the Court. The judges have convicted nine accused and acquitted four. The ICC incarcerates those sentenced to a prison in The Hague in the Netherlands.

The ICC prosecutor is key to the Court’s operations. He or she is responsible for conducting preliminary examinations and investigations and lodging cases with the Court. Khan will be the third chief prosecutor.

Among his first “domestic” tasks will be to try to de-politicise and strengthen the ICC and extend its membership which does not include, inter alia, the US, China, Russia, and Israel, all three accused of committing crimes against humanity, as well as India, Libya, and Qatar.

When the ICC was created, critics feared it would assume too much power and seek to prosecute national leaders clearly guilty of crimes of aggression and war crimes. However, the ICC has been weak and mounted cases, many argue unfairly, against the Sudanese and Kenyan presidents as well as African warlords while failing to tackle those from other continents and regions who have Western backing. Strengthening the ICC will involve de-politicising it. Convincing additional countries to accept its jurisdiction will also involve de-politicisation.

The two cases Khan will have before him are highly political. Bensouda has carried out investigations into the conduct of US soldiers in Afghanistan and has secured pre-trial ICC agreement to investigate Israelis charged with crimes against Palestinians in the West Bank, East Jerusalem and Gaza occupied by Israel in 1967.

The Trump administration not only rejected ICC intervention in Afghanistan but also imposed visa bans and sanctions on Bensouda, ICC judges and staff. The successor Biden administration is considering whether or not to maintain these measures. The US has long rejected prosecution of its military personnel while deployed abroad.

This has led to impunity for serious crimes, including murder. Donald Trump pardoned four US military contractors who killed 17 Iraqi civilians in 2007 and were found guilty in a US court in 2014. Trump ordered the US navy to return a petty officer to his unit and reversed his 2019 court-martial demotion although he was charged with 10 offenses including murder, attempted murder, and other crimes while on deployment to Mosul. Trump also pardoned three Army officers, two of whom were accused of war crimes in Afghanistan, and one of murder in Iraq. These are precisely the type of cases the ICC was founded to try.

On Feb.5, the ICC decided to deal with crimes in the Israeli-occupied Palestinian territories and charge alleged Israeli and Palestinian perpetrators and issue arrest warrants for individuals who travel abroad.

The ICC is set to focus on Israel’s 2014 offensive against Gaza, response to the 2018-19 Palestinian protests in Gaza, and the settlement of Israeli citizens in the occupied West Bank and East Jerusalem. Israel has vehemently condemned the ruling while the Palestinian Authority and Hamas, which is co-accused, has welcomed the Court’s involvement.

When some militants lobbed stones and Molotov cocktails at Israeli soldiers deployed along the fence between Israel and Gaza while thousands demonstrated in the 2018-19 “March of Return” demonstrations, Israel responded with tear gas, rubber bullets and live fire, killing 214 Palestinians and wounding 36,000. One Israeli soldier was killed. On colonisation activities, Israel can be accused of the crime of transferring 650,000 of its citizens into occupied territory, in violation of Article 49 of the Fourth Geneva Convention which bans such transfers. Israel deported between 280-325,000 Palestinians in the aftermath of the 1967 war and has deported several thousand since then.

Since the Palestinian foreign ministry trusts Bensouda, it has called on the ICC to quickly open the investigate Israeli crimes against Palestinians, particularly since colonists have escalated attacks on Palestinians, seeking to drive them from their homes, and seize their property ahead of annexing areas in the West Bank.

Israel has deemed Khan as the most friendly of the candidates. As a Briton, he was the choice of London, Washington and the Western powers. However, if he is to retrieve ICC credibility, he has to even-handedly address crimes allegedly committed by individuals who are citizens of rich and powerful countries as well as those of poor countries caught up in civil conflicts. Dealing with Daesh and other Western antagonists is easy. Dealing with Western individuals and friends of the West is another matter.

The Sharjah Criminal Court postponed a case involving two Asian siblings charged with assaulting and restraining a cop. According to the police records, the witness confirmed he had alerted the police about a fight in the house next to him. 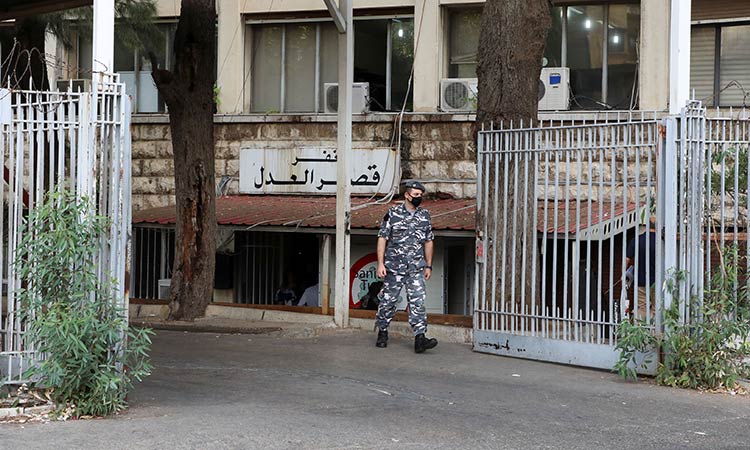