The weird and the bizarre world we live in - GulfToday

The weird and the bizarre world we live in 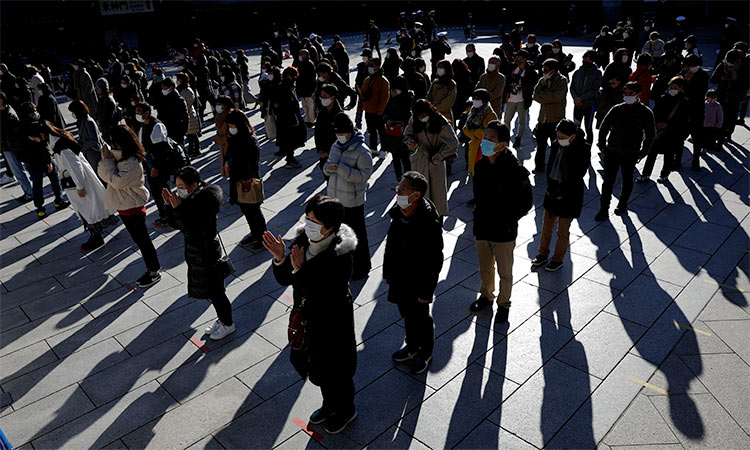 If you search hard enough you’d find that people are reporting and indeed thinking the weirdest stuff, some of which might have an element of truth to it.

When Covid first came about last year, people started to believe that the end of the world was nigh and that perhaps Covid is THE plague that their scriptures talk about. In fact, in the early part of 2020, and during the global lockdown when the virus was first reported, YouTube was rife with religious videos speculating whether this was one of the major signs of the end of the Day of Judgement. Moreover, those posting such questions on YouTube were not from just one religious group; many religions were asking similar questions. Is the end of the world now coming?

Now according to some preachers the Bible predicted that the world would end on 21 December 2020 and that the Mayans got the 2012 date all wrong. Well…what can I say, except that it is now the first week of February 2021 and we are all still here. The truth is nobody knows when the world will end and those who claim their scriptures predict the date have clearly misread their scriptures.

But here is something really weird being reported by people all over the world. People who claim to have had near death experiences swear they’ve seen the afterlife. One man claims to have been told the meaning of life, another that he saw his own funeral and a third claims that he saw a mysterious figure in black beckoning him into the darkness. Another person claims that he was knocking on the doors of paradise but was turned away. One woman claims to have seen the entire universe, its past, present and future, all in one shot. I don’t know what these people saw or felt but God does mysterious things that we cannot understand. There is the seen and then there is the unseen. Now just because we can’t see something, that doesn’t mean it does not exist. I will say one thing, however. There is no way anyone could have seen their own funeral because they are still with us. It could be that he came to with the memory of someone else in his life passing away.

Spotting UFOs is a favourite pastime of sci-fi buffs. There continue to be claims of sightings all over the world. One crashing to earth, another hovering near the surface of the sun and measuring 25 times the size of earth, another sighting of a video shooting away from the surface of the sun implying that it was probably inside the sphere thus proving the theory that the sun is hollow.

And according to UFO enthusiasts, alien life is all over the place too, both on earth and in the universe. A tentacled being was apparently photographed by NASA on Mars, and remember the recent stories of those monoliths appearing all over the place? At first reports said that they may have been abstract art created by an unknown artist. Now alien enthusiasts are saying that there are extraterrestrials living among us and it is they who might be erecting these strange and inexplicable structures all over the earth. Remember those stories of crop circles back in the 80s? Many sci-fi enthusiasts believed they were guidance symbols for alien crafts. That’s why they were huge, so that they could be seen from the sky. They now believe that perhaps these structures serve the same purpose or perhaps they are some kind of signal generating device for the aliens! Regardless of what they are and who placed them there, one has actually been stolen! I think that the tentacled being is most likely a rock formation, just like the Face on Mars, and these monoliths are either art or pranks or maybe some kind of Wi-Fi antenna.

In this day and age, don’t you think it’s better to think about the weird and wonderful rather than the real and horrid lives we are now being forced to lead? Just for today let’s not think about lockdowns, job losses, Covid, face masks, sanitising and whatever else might come next. Let’s, just for today, ponder about the vastness of the universe and all that it encompasses. Don’t forget, just because you cannot see something or feel it, that doesn’t mean it is not there.