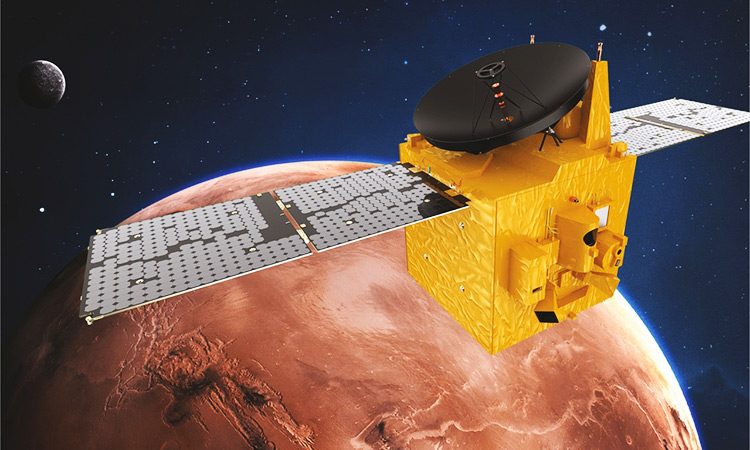 The Hope Probe completed its journey to orbit Mars on Tuesday.

Almost fifty years ago, when the basics of the UAE Foundation were being laid down, little did anyone realise that the nation would become an interplanetary star. That exploring other planets would become second nature to it. Today, the UAE has fulfilled that dream. With the advent of the Hope Probe in the orbit of Mars, it carved for itself a place in the record books of galactic history for future generations to follow, trying to suss out new frontiers and gauging the epic scale of the country’s ambitions.

British writer C.S. Lewis once said, “You are never too old to set another goal or to dream a new dream.” The UAE is far, far from old: it is a young and vibrant country that is constantly endeavouring to map new achievements, benchmark goals and break new records – very frequently.

Galvanised by a leadership that is willing to listen and encourage, Emirati youth who are unceasingly striving to innovate, and a morale-boosting push from the residents as well, the UAE has been making impressive strides in nearly every field, from education to industry to healthcare and now, space exploration.

The Emirates Mars Mission is a cauldron of Emirati talent and expertise and the Hope Probe rides on great expectations – and an overriding sense of fulfilment.

Millions in the UAE, the Arab region and the entire world waited with bated breath for the Hope Probe to complete its journey to orbit Mars on Tuesday. As His Highness Sheikh Mohammed Bin Rashid Al Maktoum, Vice President, Prime Minister and Ruler of Dubai, tweeted on Monday. “Tomorrow, we will commemorate fifty years of the Union by celebrating our arrival to the planet, Mars. We celebrate the outcome of the efforts of Sheikh Zayed and Sheikh Rashid to invest in human capital. Tomorrow, we will start preparing for the next 50 years, and we will prove to the world that the UAE and the Emirati people are capable of doing the impossible. Tomorrow, we shall arrive at the furthest point in the universe.”

Sheikh Mohammed praised the efforts of the Emiratis in making the Hope Probe mission possible.

However, he was real pragmatic. “Even if we did not enter the orbit, we have entered history. This is the farthest point in the universe that Arabs have reached throughout their history, more than 5 million hours of work, by more than 200 Emirati engineers…

“Our goal is to give hope to all Arabs, that we are able to compete with other nations and people. We ask God for success in reaching the planet Mars... Peace be upon you and God’s mercy and blessings.”

Speed and progress of the UAE are brothers in arms. The first line of the Dubai Metro was ready in just four years. The UAE sent its first astronaut into space in 2019 and last year launched the Hope mission to orbit Mars in order to unravel the secrets of the weather on the Red Planet.

“The Emirates Mars Mission has... inspired the nation to look to the future and look to the skies,” said Sarah Bint Yousif Al Amiri, Minister of State for Advanced Sciences, who chairs the UAE Space Agency.

“It has shown that collaboration across nations, geographies, creeds and in the face of remarkable challenges can forge brilliant outcomes for the benefit of us all.”

On the celestial highway, the UAE has crossed another milestone. When the hopes of millions of people, including officials and those quietly working, round the clock, behind the scenes of the Emirates Mars Mission, are pinned on this phenomenal project, there is one comforting thought: the leaders are behind you, lending their full-frontal support. To tweak a line from the Star Wars franchise, the UAE is always with you. 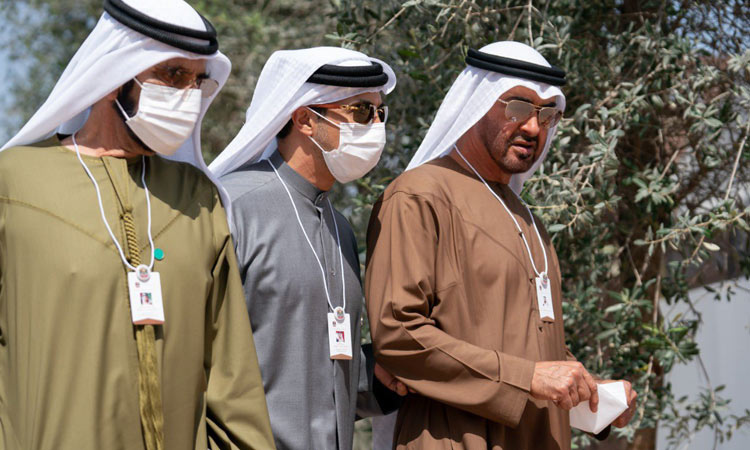 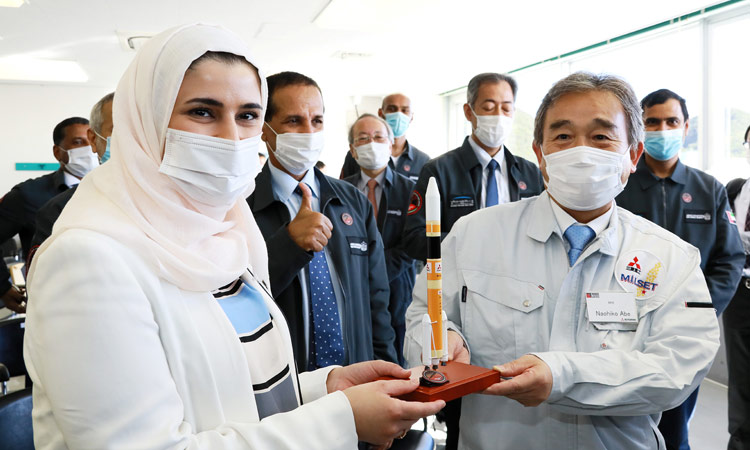 'Hope Probe' is a symbol of strong relationship with UAE, says Japanese FM

Japanese Minister for Foreign Affairs Toshimitsu Motegi has praised the launch of the United Arab Emirates’ Hope Probe to Mars, noting that it is a "very important project" symbolising the "strong relationship" between the two countries.