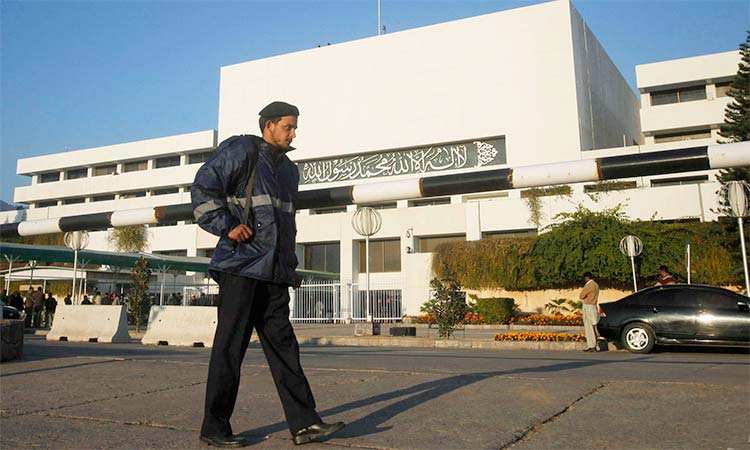 A guard walks outside the building of the Pakistan National Assembly. Reuters

The Senate of Pakistan is the Upper House of the Parliament. The Senate elections in Pakistan are a matter of less than one month.

All members of the provincial assemblies and the national assembly will exercise their right to vote to choose the new Senators nominated by their party heads in a secret ballot.  It is important for Imran Khan’s government to win the Senate elections, and get the majority in the Senate so there will not be any problem for the government to get any constitutional amendments or any new laws passed in the Senate that will benefit the nation and make people’s lives better.

The results of Senate elections have always been labelled with horse trading allegations. Political parties reportedly offer members of rival groups a huge amount of money to support their nominees for new Senate members through secret ballot. Prime Minister Imran Khan is an honest and fair person. He offered opposition parties to go with an open ballot option so no one can blame each other for wrongdoing and the results will be acceptable for all.  But as I said, corruption has penetrated all political parties, they refused to go with Imran Khan’s option to choose new Senate members with a show of hands. The secret ballot system to choose new senators suits all opposition parties.

The civilian government of Imran Khan should take necessary steps to get rid of the corrupt politicians that are the biggest hurdle in the prosperity of Pakistan.