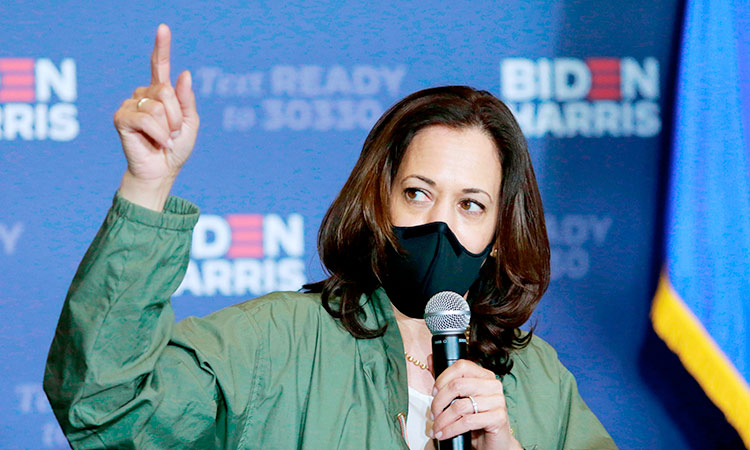 On Thursday, Vice President Kamala Harris and Senate Democrats took another step toward delivering much-needed pandemic aid to the American people, with Harris casting her first tie-breaking vote to fast-track passage of the relief plan. But even at a faster pace, relief may still be weeks away from those least able to hang on.

Democrats’ party-line actions may also make it more challenging to pass additional rounds of stimulus that this week’s economic numbers indicate will be dearly needed even after most Americans receive Biden’s first stimulus check.

Additional to that, President Joe Biden’s young administration got its first taste of the economic challenges ahead in a raft of mixed economic figures released this week by workforce management company ADP and the Department of Labour. A new party may control Washington, but it now confronts many of the same economic ills that plagued Donald Trump’s presidency. It’s on Biden to live up to his promise to do better for struggling families.

At the top of Democrats’ priority list is a stubborn unemployment crisis compounded by extended state coronavirus lockdowns. Washington will be tempted to celebrate the fact that new unemployment claims fell to a nine-week low of 779,000, but they should keep their champagne corked. That figure is depressingly close to the 750,000 who filed first-time claims way back in November 2019.

The situation isn’t much better for the long-term unemployed, including a staggering 3.6 million Americans who recently exhausted their state unemployment benefits and now depend on emergency support from federal programs. And though the total unemployment rate fell slightly to 6.3 percent from 6.7 percent last month, it’s difficult to tell how much of that decline comes from the hopeless unemployed dropping out of the job market entirely.

With only 49,000 new jobs created in January, the employment market simply isn’t recovering fast enough to put a serious dent in an unemployment rate that has now remained above 6 percent for 10 brutal months. That’s not surprising: The US economy in 2020 suffered structural blows unlike anything most Americans have seen in their lifetimes. According to the Commerce Department, the country suffered its worst economic performance in 74 years thanks to the sprawling economic dysfunction of Covid-19 and the Trump administration’s willful mismanagement.

The worst of the storm has come and gone, but the recovery will strain the abilities of even a skilled administration like Biden’s. Now the president is faced with the prospect of an economy stuck in neutral, where unemployment numbers barely budge and 12 million people still face the imminent threat of financial collapse.

As the new administration gets a handle on coronavirus and state lockdowns ease, construction and manufacturing will rebound. That should bring unemployment down somewhat, but the problem is far greater than just improving one sector of the economy. In order to create the sustained economic growth needed for a full recovery, Biden must also guide his $2 trillion infrastructure proposal through a Senate already balking at heavy spending. It will be a tough battle, but that federal support is critical and long overdue.

How Biden responds to the pandemic’s twin economic and public health crises will define his administration. He knows as much, and had spent much of his first two weeks in office stabilizing the Trump administration’s nonexistent public health response. But the work cannot end now, and congressional Democrats must be prepared to meet economic weakness with federal leadership. Failure to do so will send tens of millions of Americans into unspeakable hardship, and our country into even greater social unrest.