Presidential involvement has its pitfalls - GulfToday 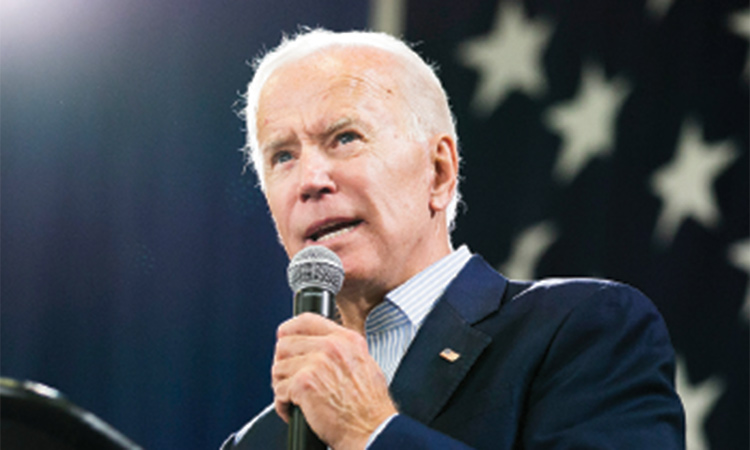 
The danger of campaigning on a pledge to “unite the country” is that if you win, your opponents get to decide whether you will succeed. That’s the dilemma now facing President Joe Biden — and the best way for him to achieve his goal is not to make too big a deal of it.

In political terms, unity will have to take the form of bipartisanship, given the math in Congress. And the extent to which Biden is already getting trolled by Republicans for not being unifying underscores one of the great paradoxes of presidential leadership: A president’s engagement on an issue can make it harder to resolve.

As Frances Lee writes in her 2009 book on Congress, “Beyond Ideology,” in the modern era of close elections and frequent swings in partisan control, there are “inherent zero-sum conflicts between the two parties’ political interests.” In other words, it would be a big win for Biden to get substantial bipartisan support for his initiatives — which is exactly why Republicans won’t give it to him.

Sometimes presidents try what President George W. Bush did during his Social Security privatization push, and try to use the bully pulpit to influence public (and congressional) opinion. But it doesn’t work. As the political scientist George C. Edwards has demonstrated, presidential speeches consistently fail to move public opinion in the intended direction. In today’s hyper-polarised political atmosphere, speechifying will be even less productive.

There is another way.

In 2015 President Barack Obama signed into law sweeping overhauls of federal K-12 education policy and federal surface transportation policy. That these measures are obscure is no coincidence. Precisely because the president wasn’t publicly engaged, the work stayed low-profile. Republicans could work with Democrats without fear of being labelled RINOs, and policy change could be enacted without it being a “win for the Obama administration” that Majority Leader Mitch McConnell was duty-bound to sabotage.

It happened again this past December as Congress enacted a surprisingly ambitious climate and energy bill — not despite but because nobody was really paying attention.

If Biden wants to get things done in a bipartisan way, he needs to resist the temptation to follow what will likely be a party-line COVID relief bill with a huge show of bipartisan legislative effort. In all likelihood, that would only force Republicans to foil him.

Instead, he should devote the next several months of his presidency after the vote on the relief bill to vaccine administration, reassuring allies, or convening blue-ribbon commissions — anything so long as it is far from the halls of Congress. There, it’s entirely possible that bipartisan legislating will emerge with the headlights off, even as both parties’ respective Twitter caucuses continue to fight each other.

Progressives will probably say that rather than embrace bipartisanship, Democrats should abolish the filibuster and go for broke with the majorities they have.

But abolishing the filibuster, though a good idea, doesn’t change the basic reality that a 50-50 Senate and a slim majority in the House are not going to bring about the second coming of the New Deal. The pivotal members in both houses represent constituencies that Biden lost, and they’re not going to embrace a series of party-line votes on highly controversial measures.

So filibuster or no, if Biden wants to go down as a successful president who signed meaningful transformative legislation a good deal of it will have to rely on cross-party cooperation.

The risk is that precisely because cooperation will make him successful, Republicans will have a huge incentive to withhold it. Modern Congress is, in that sense, like quicksand. Biden, a veteran senator, will be tempted to throw himself into in an effort to lobby Republicans and reluctant Democrats. He may even convince himself that, because he was frequently the Obama White House’s emissary to congressional Republicans, he can play the role even more effectively on his own behalf.

That’s a trap. He was a useful emissary because Republicans needed someone other than Obama to deal with. Now Biden’s got the top job. The more he thrashes around, the deeper he’ll sink.

The key will be to disengage, publicly at least, while having his team work quietly with members on articulating White House red lines, offering suggestions and technical assistance, and whipping recalcitrant Democrats to sign on to promising deals. If Biden is talking about legislation, whether it’s about transportation or criminal justice or anything else, Republicans will fight him on it. If Biden wants some bipartisan achievements, then he can’t be seen as trying too hard to be bipartisan.