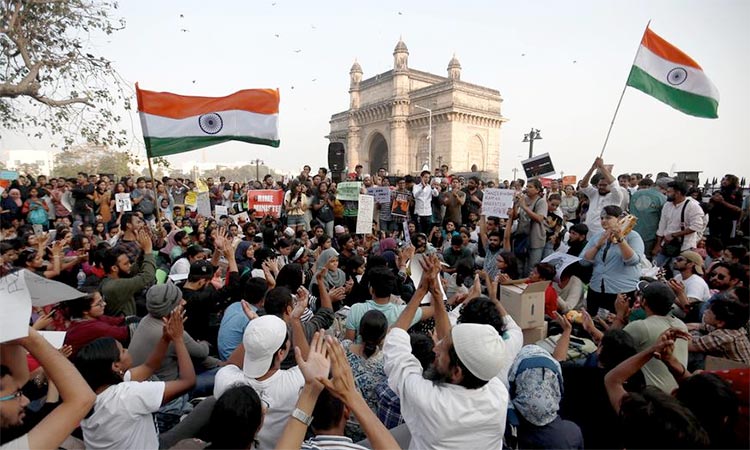 The worst part of Section 124A is its definition of sedition.

Violence accompanied Freedom as it came one midnight in 1947 but transfer of power from the British to local hands was a smooth affair.

Leaders of the Congress and the Muslim League took over from them in New Delhi and Karachi respectively.

Initially, the colonial laws remained intact. The two new free nations later framed their own constitutions and evolved their own legal systems.

Many elements of the colonial system remained in the new ones too. Some of them were clearly not in tune with the spirit of freedom.

Of all the legal provisions in force in India today, the one that is most incongruous with the concept of freedom is perhaps Section 124A of the India Penal Code which, as it now stands, prescribes a jail term of three years to life, with or without fine, for sedition.

The IPC was drafted in 1837 by Thomas Babingtonn Macaulay, a colonial administrator. He put in it a sedition clause, taken from the English law of the time.

For some reason it was not in the IPC when it came into force in 1860. It was, however, made part of it 10 years later.

Some historians believe this was done anticipating a backlash after the suppression of the Wahabi movement.

But Sec 124A was invoked first in 1891 against Jogendra Chunder Bose, a Bengali editor who had campaigned against the Age of consent Act.

The section invited opprobrium when the British used it against respected nationalist leader Bal Gangadhar Tilak in 1897 and against Mahatma Gandhi in 1922. Courts found both guilty and sent them to jail.

The worst part of the law is its definition of sedition.

Sec 124A acts as a hindrance to free speech. Even legitimate criticism of the government can be characterised as an attempt to create disaffection.

A legal provision of this kind does not go well with the Constitution which guarantees freedom of speech and of expression to the citizen.

At least two high courts declared Sec 124A unconstitutional. But the Centre was unwilling to let it go in view of threats posed by armed groups.

Parliament amended Sec 124A a few times after Independence. However it continues to be a source of worry as the democratic sensibilities of governments are generally weak.

Among those against whom Sec 124A was used in the recent past are writer Arundhati Roy, human rights activist Binayak Sen, cartoonist Aseem Trivedi and Akali Dal leader Simranjit Singh Mann.

The Tamil Nadu police slapped it on about 23,000 people who were taken into custody in connection with an agitation against a nuclear power plant.

Sedition was the only charge against about 9,000 of them.

After the Modi administration invoked Sec 124A against agitating students of Jawaharlal Nehru University, there were calls to repeal it.

Home Minister Amit Shah told Parliament there was no plan to scrap it.

Now an ominous situation has arisen with the Centre’s supporters coming forward to level various charges, including sedition, against its critics, and the police promptly registering the complaints and starting investigation.

Last week at least eight such complaints were lodged with the police in Delhi, Uttar Pradesh, Madhya Pradesh,Haryand Karnataka. against a Congress leader and six journalists.

The police in all these states is under the control of Bharatiya Janata Party governments.

The Congress leader named in the complaints is Shashi Tharoor, a former UN Under Secretary General, who is now a Member of Parliament from Kerala.

The charges against all of them are the same: sending out tweets that are allegedly seditious and calculated to create disaffection against the government.

The filing of identical complaints against the same set of persons in different states is reminiscent of the way Hindutva elements hounded celebrated artist MF Hussain, by registering more than 2,000 cases against him across the country. Even after the Supreme Court dismissed the cases against him, legal harassment continued, forcing Hussain to spend the rest of his life in the Gulf.

Conviction rate in sedition cases is low. Only one in 33 cases decided in 2018 resulted in conviction.

But the lomg legal process can itself be highly vexatious.

The BJP does not seem to realise that resort to such tactics amounts to tacit admission of political failure.