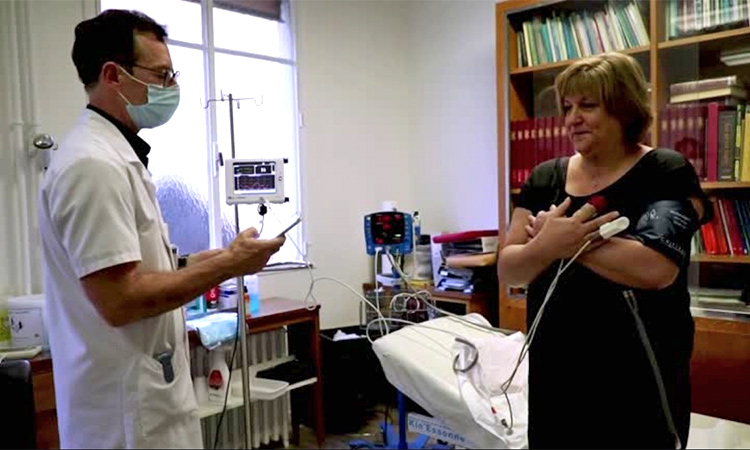 The COVID-19 pandemic slowed down in every region of the world over the past week, according to a specialized Agence France-Presse database.

The pace of the pandemic reduced for the second week in a row, with 11 per cent fewer new cases per day, or 564,300, compared to the previous week, according to an AFP tally up to Thursday.

The biggest decrease was again in Ireland with 43 per cent fewer, or 1,500 new cases per day, after a comparable decrease the week before.

The pandemic had decelerated to a similar degree the previous week, except in Latin America and the Caribbean, which is now having a let-up after several weeks of higher cases.

However, some issues remain.

This week, Europe and the US/Canada were home to nearly two-thirds, or 65 per cent, of the new cases.

On a country level, Kazakhstan is the country where the epidemic is spiking most, with 42 per cent more, or 1,400 new cases per day.

An issue that has to be sorted out is the fight among affluent nations over the vaccine.

WHO has not taken kindly to this. Rich countries squabbling over COVID-19 vaccine supplies must consider the situation in poorer parts of the world, the World Health Organisation said on Friday, warning that hoarding of shots “keeps the pandemic burning”.

WHO officials were speaking after the European Commission said it had agreed a plan to control exports of vaccines from the European Union, including to Britain, arguing it needed to do so to ensure its own supplies.

“If we hoard vaccines and we are not sharing, there will be three major problems. One, I have said it, it will be a catastrophic moral failure and two it keeps the pandemic burning and three very slow global economy recovery,” Tedros Adhanom Ghebreyesus, WHO director-general, told a virtual briefing.

Mike Ryan, WHO’s top emergency expert, told the briefing, also attended by a midwife from Uganda and a nurse from Pakistan, that people had to think about frontline colleagues like them.

He decried countries “fighting over the cake” when frontline health workers in poor countries “don’t even have access to the crumbs”.

The organization said last week it had reached an agreement with Pfizer/BioNTech for 40 million doses of its vaccine and should be able to start delivering vaccines to poor and lower-middle income countries next month under the COVAX programme.

Europe faces a vaccine shortfall because Pfizer and Moderna have temporarily slowed supplies, while AstraZeneca said it would reduce volumes allocated to the European Union in the first quarter due to production issues.

The shortages have led the northern Hauts-de-France region where the Georges live, the greater Paris area and at least one other region, which combined account for a third of France’s population, to postpone giving out first doses.