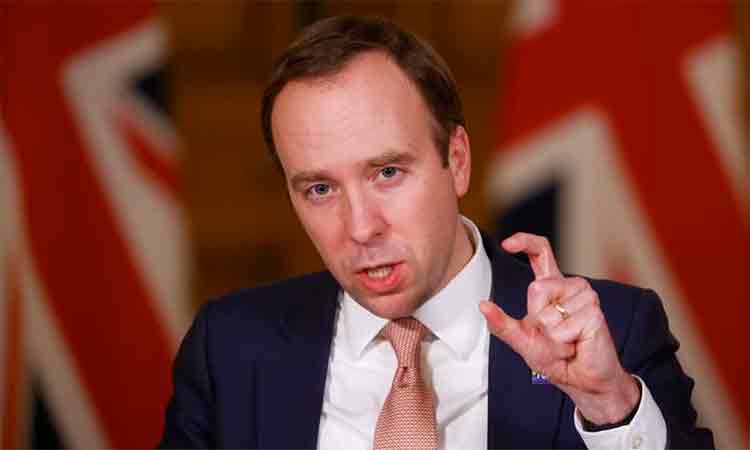 
The bonfire of good ideas lit by Boris Johnson’s government just keeps on getting fuelled. The latest to be thrown on the flames: a leaked Department of Health paper suggesting everyone testing positive for coronavirus in England be paid £500 to help them self-isolate.

This was reportedly health secretary Matt Hancock’s “preferred position” but his office is a lot further away from Number 10 Downing Street than that of chancellor Rishi Sunak, the bloke next door who’d have to find the roughly half a billion a week it would cost.

After a certain amount of confusion following the paper’s leak to The Guardian, the prime minister’s spokesperson said nope, no plans to do that.  I’ve said before that while I’m hardly his biggest fan, Hancock is the economy’s best friend in government because he’s been the one arguing for measures to counter the pandemic and contain the virus, and it’s only when the lid is back on that the economy can properly reopen.  One of the things that’s been preventing that from happening is the understandable reluctance of the low-paid to self-isolate.

Statutory sick pay comes in at just £95.85, assuming you qualify and not everyone does. Hancock himself admitted that he couldn’t survive on that.  There is a £500 Test and Trace Support Payment available to those told to stay home who have the NHS app, but to qualify for it they or their partners have to be claiming one of a number of benefits such as universal credit or working families tax credit.  A similar payment is available for those on low incomes, “who would face financial hardship through isolating”, but it’s discretionary. Would you want to rely on that with the rent due at the end of the month?

Clearly the COVID safety net has huge holes in it. The paper was prompted by what’s been obvious for some time: a substantial number of people who fall through those holes are going to work with the virus through force of circumstance.

The government’s own polling, per The Guardian’s report, found only 17 per cent of people with symptoms were coming forward to get tests because of fears that a positive result might prevent them from working. If more people could be persuaded to stay home, and the proposed £500 had the potential to do that under the right conditions, fewer people would end up getting infected, which would mean fewer people ending up in hospital and fewer people dying.

Maybe the proposals needed some tweaking. Perhaps payments could be limited to people unable to work from home, which would substantially reduce the cost, a point made by my colleague John Rentoul. Maybe you ask people to sign a piece of paper promising to stay put and have them agree to keep the app running to prove it.  But what’s really important is the principle. If you incentivise people to stay home then they are much more likely to do so when you need them to, reducing the spread of the virus and, ding ding ding, ultimately benefiting the economy.  Yes, such a measure would cause some short-term pain for the treasury, which is already running scared of a national debt surging above 100 per cent of GDP, a level it hasn’t reached since 1962. This may explain why an unnamed treasury official reportedly described it as “mad”.

But if it is crazy, it’s crazy like a fox.

Where the government has gone badly wrong through the course of the crisis is in consistently reaching for short-term gain at the cost of longer-term pain.

This is what’s led us to the Hokey Cokey lockdown — in out, oh hell it’s back you’re in again, and don’t you dare now shake it all about.

Opening up the economy too early to “save summer” ultimately led to a second lockdown and then a third. The stop-start nature of restrictions have, meanwhile, heaped misery upon thousands of businesses, which haven’t been able to work out whether they’re coming or going. Worryingly, corporate insolvencies have just begun to tick up.  Had the government listened to people like Hancock in the cabinet, and held its nerve for a little longer through the early part of the summer, we might not be in quite such a jam now. If it were to take the medicine his department has advocated and pay people to isolate, we might yet get out of it quicker.

So yes, Hancock is the economy’s best friend. You can even make the case that he’s the public finances’ best friend. Trouble is, it’s Sunak who occupies Number 11 Downing Street and is the boss’s next-door neighbour. So we are where we are.