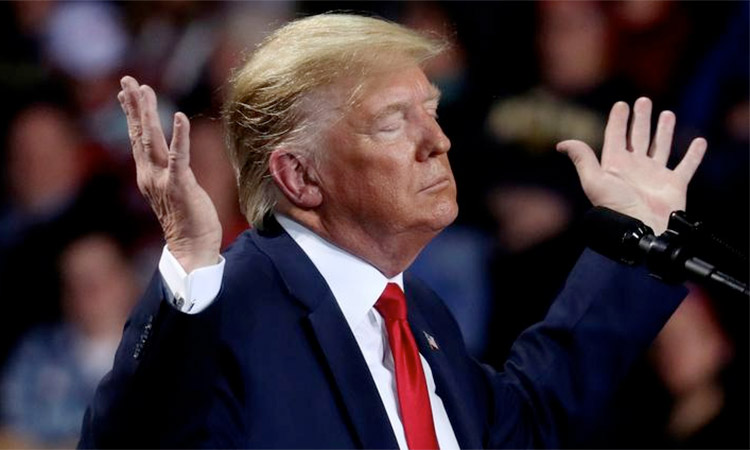 Trump leaves behind a legacy few American presidents will be proud of, not even his predecessor Barack Obama. When Trump assumed office in 2017, he promised to fix a ‘divided, dysfunctional nation.’ Little did anyone know that he was Narcissus Unbound, at one stage even desiring to join his iconic peers like Abraham Lincoln and George Washington on Mount Rushmore.

Four years later, Trump leaves behind an even more polarised America, where thousands are dying daily from the COVID-19 pandemic, the economy is badly damaged and political violence has surged. Trump trumpeted a stolen election like nobody else could –– and led a mob of thousands to storm the hallowed seat of the US Congress, Capitol Hill.

Trump leaves the presidency twice impeached, with millions jobless and 400,000 dead from the coronavirus, something that could have been avoided had it not been for his attitude.

Trump has repeatedly said he does not harbour any racist hatred, but he refused to denounce white nationalists after a deadly 2017 rally in Charlottesville, Virginia.

The problem is that the rowdy mob that stormed the Capitol could return in future – for more such attacks. There could be further violence.

The solid economy, which he hoped would be his biggest re-election selling point, was swept away in a wave of coronavirus-driven shutdowns that plunged the country into the worst downturn in nearly a century as joblessness soared. The national debt, which had ballooned during his term, grew even more in his final year.

Biden plans to undo a lot of the damage of his predecessor, including a travel ban on a handful of Muslim-majority nations.

Erecting a barrier along the US-Mexico border was a signature pledge of Trump’s 2016 campaign. Less than half of the 1,000 miles he promised was built.

Trump played his card of playing to the gallery to the hilt. He branded himself as a populist champion to tap into white rural and working-class resentment that has been building for years.

Accusations against Trump of xenophobia extended to his immigration policies. One White House official told Reuters on condition of anonymity that it was a “fiasco” when the administration in 2018 separated several thousand children – including infants – from their undocumented parents at the Mexican border. Images of crying youngsters crowded into chain-link pens were beamed worldwide.

He demanded unwavering loyalty and turned on anyone who opposed him.

The problem with Trump is that he may be down, but not out. Trump’s base remains a potent electoral force. It handed him more votes – some 74 million – than any Republican in history. Fear of antagonising them was evident when nearly half of Republican House members, fresh off the mob attack that had sent them scuttling for cover in the Capitol basement, endorsed a failed effort to block certification of Biden’s victory.

Trump’s own political future could be in jeopardy as well. If convicted by the Senate in an impeachment trial that would occur after he leaves the White House, Trump could be banned from holding office again.