Starmer has instilled discipline lacking in the Corbyn era - GulfToday 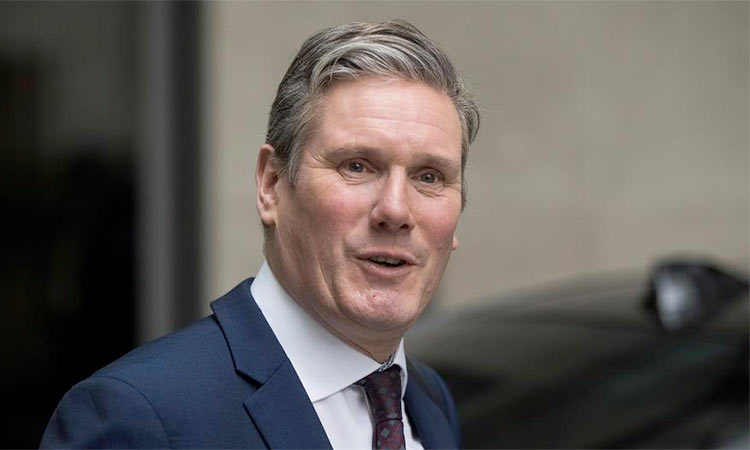 “So what would you do about it?” is the question opposition parties dread. They like to evade until they are ready to answer but can never escape. But Labour has marked the new year by a change of gear and is starting to give at least some answers. It’s an important moment for the party.

We know what Keir Starmer would do on coronavirus since Labour’s answer is often: “What the government is doing, but quicker. We have been calling for that for weeks.” True, usually. It gets more tricky when it comes to Labour’s own policies. It’s not the time for an A-Z companion of what a Starmer government would do. But the Labour leader has rightly decided to put down some markers.

Starmer has positioned Labour as “the party of the family”, invading Tory territory by writing in the Sunday Telegraph. I can recall only one article by Jeremy Corbyn in a hostile newspaper while he was Labour leader; he preferred to preach to the converted. No doubt Starmer will soon have a weekly column in the Telegraph, which will annoy Boris Johnson. “Families” and “business” are Labour buzzwords as Starmer tries to neutralise the party’s weaknesses under Corbyn. Another is patriotism. This is doubly important; Starmer knows that many voters, whatever they think of the government’s performance on coronavirus, do not want the opposition to be disloyal during a national emergency. But he is being urged by many in his party to be harder on Johnson. Constructive criticism is a hard act.

Starmer’s signposts are directed at the voters in the red-turned-blue wall in the north and Midlands he must win back to have a chance of winning the next election. Not many will read the FT or Telegraph but Labour hopes the message will percolate down. A more powerful signal to them was Starmer’s decision to vote for Johnson’s EU trade deal and to say he would not try to renegotiate it as prime minister. This has played badly with Labour’s many pro-Europeans but was a necessary first step towards regaining trust in the red wall, where his immediate task is to get noticed at all.

Difficult policy choices lie ahead for Starmer, who will set out his priorities in a speech to the Fabian Society at the weekend. He told a private meeting of Labour MPs on Monday he wants to scrap universal credit.

However, some Labour MPs fear Starmer’s Achilles heel could be excessive caution. “He comes over as solid but too risk-averse and frankly a bit boring,” one told me. Starmer was slow to say schools should close – perhaps, in a phrase he uses a lot, he was “oversteering” or overcompensating for the pro-teaching unions stance last year of Rebecca Long-Bailey, who he sacked as shadow education secretary. Last week Starmer gave an uncomfortable interview to Sky News, eventually saying school closures were inevitable.

Being on message is all very well but the message must be a clear one. Starmer has instilled the discipline lacking in the Corbyn era but his shadow cabinet team is not scoring many goals. “We don’t have any strikers,” groaned one Labour insider.  On the pitch, Starmer is a midfield general but he must now move Team Labour from defence to attack. To make more impact with voters, his party will need to become bold Labour.