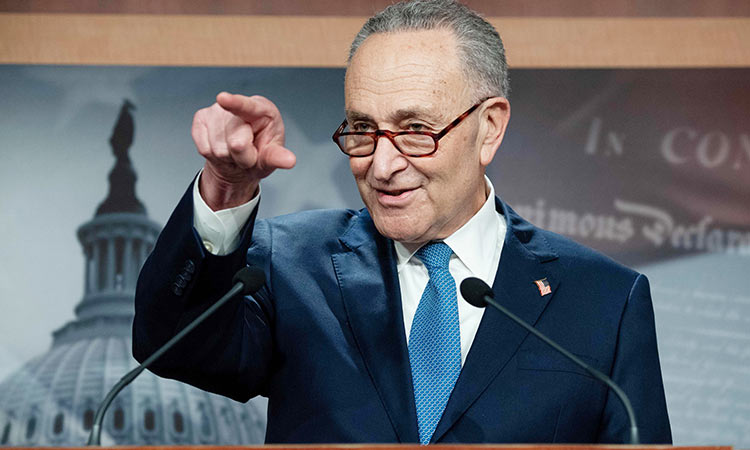 US Senate Minority Leader Chuck Schumer speaks during a press conference at the US Capitol in Washington.

Senator Chuck Schumer is set to preside over the narrowest possible majority of the US Senate, a task that will require him to keep his Democratic caucus united while luring Republican support for legislation central to President-elect Joe Biden’s priorities.

Schumer, 70, rose to the pinnacle of Senate power on his capacity for political fundraising, heavily aided by ties to New York’s lucrative financial industry. Now his success as incoming majority leader will hinge on building consensus in a chamber still reeling from Wednesday’s mob violence and with Republicans divided over loyalty to President Donald Trump.

The storming of the Capitol by an angry crowd of Trump supporters rattled lawmakers and prompted many Republicans to distance themselves from the president, who in the past was feared for his taste for retribution. The test for Schumer will be whether he can exploit Republicans’ widening disaffection with Trump’s divisive tactics.

Given the Senate’s 50-50 partisan divide — once the Democratic victors in Tuesday’s Georgia runoff elections are sworn in — control is only assured by incoming Vice President Kamala Harris’s tie-breaking vote. The Senate has only been evenly divided three times before: in 1881, 1953 and 2001.

On most legislation, Schumer will need support from 60 senators to cut off debate and move to a vote, under Senate rules. Democrats will have a limited opportunity each year to fast-track a revenue-related bill to pass with just 51 votes. But even with legislation that requires only a simple majority, Schumer must either keep every Democrat on board or win over offsetting Republican support.

On Thursday, Schumer publicly called for the president to be removed from office, taking up a cause that was gaining traction among Democrats’ progressive wing, as well as some Republicans. He put the onus on Trump’s Cabinet, saying they should invoke the 25th amendment, the constitutional provision for removing a president unable to serve. He said Congress should impeach Trump if the Cabinet doesn’t act.

“The best thing to do is to get rid of him,” Schumer said in New York. “I don’t trust him one bit.”

Once Biden is sworn in Jan. 20, Schumer has said his top priority will be proceeding with the new president’s call for more economic assistance for Americans to deal with the effect of the coronavirus pandemic.

As Democrats celebrate the diversity of Biden’s Cabinet nominees and incoming lawmakers, the Brooklyn-born incoming Senate majority leader will break another barrier, becoming the first Jewish American to lead either chamber of Congress.

Schumer will need to navigate competing factions within his party, managing the demands of left-leaning lawmakers, such as Elizabeth Warren of Massachusetts — with an energized progressive movement behind their push for higher taxes on the rich and new regulations in areas from climate change to health care — while keeping moderates such as Joe Manchin of West Virginia voting with the party.

Much of Biden’s agenda as president will depend on how well Schumer rises to the occasion, though Biden will also be able to draw on his own relationships dating from his long tenure in the Senate.

Major action on climate change, a big infrastructure program and tax-law changes face their most formidable obstacles in the Senate, where Republican leader Mitch McConnell was able to obstruct many of President Barack Obama’s priorities with a smaller minority.

Schumer brings to the role his own priorities, shaped by the New York metro area — including a renewed push to win federal funding for the $11 billion Gateway project to build a new rail tunnel under the Hudson River and the reversal of the federal limits on state and local tax deductions enacted by Republicans under President  Donald Trump.

A progressive movement impatient after four years under Trump’s rule is also pressing to end the legislative filibuster, which would prevent a minority from blocking bills but also end a cherished source of clout for individual senators, even in the majority party.

Schumer has long been an ally to outside groups that are core to the party’s base, including labour unions and civil-rights groups. But some progressive groups complain he hasn’t maintained the close connection established by his immediate predecessor as Senate Democratic leader, Harry Reid of Nevada.

While Schumer has worked to forge an identity as a defender of the middle class, he was earlier known as the “senator from Wall Street” for his vigorous defence of the hometown industry and the big donations he raised from financial-services companies. During President Barack Obama’s first term, Schumer pressed to maintain George W. Bush’s tax cuts for couples making up to $1 million a year, a much higher threshold than sought by Obama or the eventual 2012 deal repealing the tax cuts for couples with annual incomes above $450,000.

Schumer also has a more decisive and less deliberative style than the soft-spoken Reid, and that is likely to show as he pursues the party’s agenda with his narrow majority.

“He’s someone who is always in motion. He has a really frenetic style,” said Ross Baker, a Rutgers University political science professor who worked as a guest scholar on Reid’s staff. “Harry Reid was very laid back. Reid was always listening. I don’t think he’s going to be that kind of leader.”

As minority leader in recent years, Schumer gave his moderates space to vote with Republicans on some nominations and legislation, while holding them with the party on big items — like blocking GOP-favoured policing measures and pandemic relief packages that Democrats said were too scanty.

“The discipline among Senate Democrats has really been excellent under Schumer,” Baker said. “There have been very few defections on important stuff.

As majority leader, Schumer may benefit from the fact that Manchin and two other moderates, Jon Tester of Montana and Kyrsten Sinema of Arizona, don’t face voters until 2024 — alleviating some of the pressures that his counterpart Pelosi faces, with her narrowed majority on the line in 22 months’ time.

Schumer also can tap his close working relationship with Pelosi. The two worked to help negotiate an end to the 2019 government shutdown and to block Republican efforts to repeal the Affordable Care Act. Schumer and Pelosi stayed united during the half-year struggle to pass December’s Covid-19 relief package, and they may now have the clout to get more of the stimulus they want.

A former New York state Assembly member, Harvard University-educated Schumer has spent more than half his life on Capitol Hill, starting in the House in 1980 and then moving chambers after defeating GOP Sen. Alfonse D’Amato in 1998.

He’s been easily re-elected three times, and his elevation to the Senate’s most powerful job boosts the chances he can do it again in 2022. Rep. Alexandria Ocasio-Cortez, the progressive champion and social media star, hasn’t ruled out a run against him, but Schumer’s rise could reduce her appetite for a challenge. 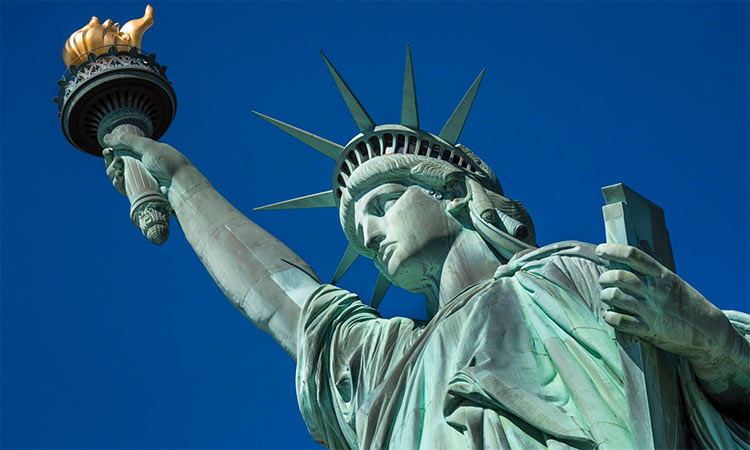 The finest thing about America is neither its wealth nor its weaponry, but its resolve for liberty. When Joe Biden takes Presidential oath on January 20, the people of America will embrace a new phase of political life. And with that will end