Williamson caught in a maze of indecision - GulfToday

Williamson caught in a maze of indecision 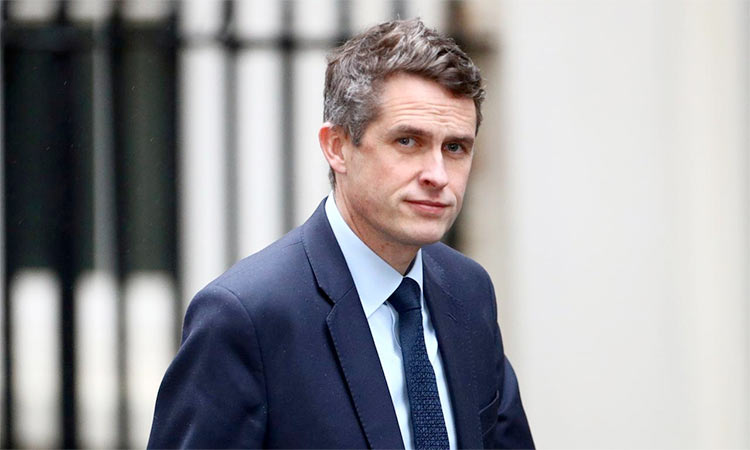 For some time now, the number one survival tip for life on what has become known around the rest of the world as Plague Island has been to listen to what the government tells you to do then do the exact opposite.

Should you, for example, be wearing a mask on public transport? Back in April, the government said no. It could actually increase your risk of infection, it claimed, even though metro staff in Spain were handing them out for free.

So that, predictably, was the time to start wearing a mask on public transport, and wait for the government to change its mind, which just as night follows day, it surely did.

And it’s not merely a survival tip. It applies equally in areas that are not quite life and death. This week, as schools have closed precisely one day after they were reopened, there has been much debate about whether or not it would be fair to make pupils sit their GCSE and A-level exams, given some have spent half the year in tier 1, others tier 3, some have had untold hours of private tutoring and others have done their best to Zoom into their schools online learning portal using a pay-as-you-go mobile phone.

But the real advantage comes from children whose parents work at the Department for Education. They, after all, and only they, were summoned to their laptops for a special meeting with Gavin Williamson on Monday, where they were told to start making preparations for the fact that all exams would be going ahead as planned in the summer.

Which means that they found out fully 48 hours before everyone else that all exams would definitely be cancelled, which they now have been, 48 hours later, by Gavin Williamson, at the dispatch box of the House of Commons.

Is it possible to pity Gavin Williamson? It is not so much that he exudes the air of a man who is hopelessly out of his depth, but more a man that somehow has never acquired the knowledge that he is happily splashing about a mile and a half out to sea, never having been taken to one side and told that, actually, it’s not possible to breathe underwater. He is a man waving but not knowing he’s drowning.

Except that, he never actually does drown. There appears to be no limits to what he cannot do, and no rock bottom to the level of expectation extended to him.

If tomorrow morning, pictures of Gavin Williamson appeared on the front pages of the newspapers, in which the secretary of state for education could clearly be seen systematically pouring away the entire stockpile of coronavirus vaccine and replacing it with Um Bongo, I truly cannot say with complete confidence that the prime minister would sack him.

On Wednesday, at the dispatch box of the House of Commons, he would also say that, “I will not keep schools open for a second longer than is necessary,” before stopping, pausing for some time, being dimly aware of having made something of a blooper, but not being entirely sure what it was. Sitting opposite, Labour’s Wes Streeting did little more than raise an eyebrow. He, like the rest of us, can no longer be bothered even to laugh at the man.

Williamson reiterated that schools are safe, roughly 60 hours after also saying they were safe, but sadly also 48 hours after they were forcibly closed.  He was also asked, several times, whether the promise to reopen schools after the February half term was a realistic one, and no clear answer was forthcoming.

It’s not merely that parents all over the country are going back to trying to lead an impossible life. It’s that headteachers all over the country were also forced to spend the Christmas holidays trying to get their head around how to implement a mass COVID-19 testing programme so they could keep their school open. They might, instead, have spent their time properly planning and implementing a full term of remote learning, rather than doing their best to put together what best they could when their schools were shut down by the government after just one day.

And they also must be told, by the prime minister, that it’s not his fault, that the evidence suddenly changed on Monday lunchtime, which it didn’t. And it is his fault.

Children, students, young people, old people – they, or rather we, have all been systematically failed in our turn.

But these, tragically, are the consequences of life under a government of absolutely none of the talents.