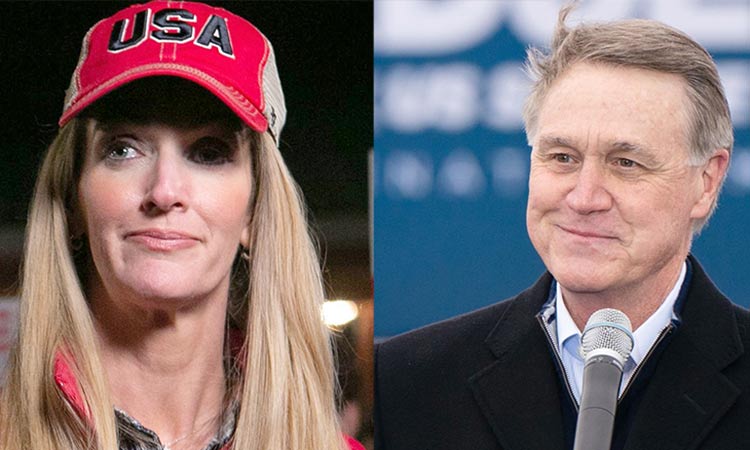 As the political calendar tumbles towards a pair of Georgia Senate runoff races on 5 January that will determine partisan control of the chamber, voters should expect Republicans to return to a message that has buttressed the party cycle after cycle: protecting the federal judiciary.

In the closing weeks before the 3 November general election, Graham framed his race against well-funded Democratic challenger Jaime Harrison as a choice between “capitalism versus socialism,” “law and order versus chaos,” and “conservative judges versus liberal judges.”

And while they’ve been pounding away on the anti-socialism and law and order elements — to a degree that borders on the absurd, in Ms Loeffler’s case — they both seem to have forgotten that by far the largest share of the votes they’ve taken while in office have been to confirm Donald Trump’s hand-picked conservative judges and justices.

The Senate’s role of providing “advice and consent” to the president on judicial nominees means they’re the gatekeepers of an entire branch of government that ostensibly comprises three coequal branches. It’s a massive responsibility — and an opportunity to cement your legacy far into the future since most US judges serve lifetime appointments until they retire. Neither Mr Perdue’s nor Ms Loeffler’s campaign websites mention the federal judiciary and Senate Republicans’ role in reshaping it over the last four years.

“If that’s true, that’s campaign negligence,” one veteran GOP campaign consultant who isn’t working on the races told The Independent.

The general election margins for Georgia’s statewide races were razor thin: Ms Loeffler and Democrat Raphael Warnock emerged from a crowded open field several percentage-points short of the 50 per cent threshold to win the election outright while Mr Perdue edged out his Democratic opponent, Jon Ossoff, 49.7-47.9 per cent. At the presidential level, the Peach State flipped blue for the first time since 1992, with President-elect Joe Biden beating Mr Trump by less than 12,000 votes.

Just one of Perdue or Loeffler must win on 5 January for Republicans to hang onto the Senate. If they do, they can severely limit the speed at which Biden fills court vacancies over the next two years. A factory for judges: Ask Senate Majority Leader Mitch McConnell to identify his greatest accomplishment over the last four years, and he won’t point you to any piece of legislation.

No, the Kentucky Republican is most proud of turning his chamber into a factory for processing Donald Trump’s judicial nominations for lifelong appointments to the federal bench. McConnell has remoulded the federal judiciary in his conservative image, teaming up with the outgoing president to fill one in every four federal court seats with young textualists who will carry on his legacy for decades before most of them retire.

It has become something of a running joke on Capitol Hill how McConnell approaches processing federal judges with the monomania of Captain Ahab’s pursuit of the white whale.

His obsession with judges even prompted the Washington Post to publish this spooky, satirical bit of silliness.

“The most significant, long-lasting accomplishment of the last four years is the president, coupled with this Republican majority in the Senate, has been putting people — young men and women — on the bench who believe in the quaint notion that maybe the job of a judge is to actually follow the law,” McConnell said in a recent interview with conservative radio host Hugh Hewitt.

Perdue and Loeffler ought to be insisting on their roles in this legacy and that a vote for them would help protect it.