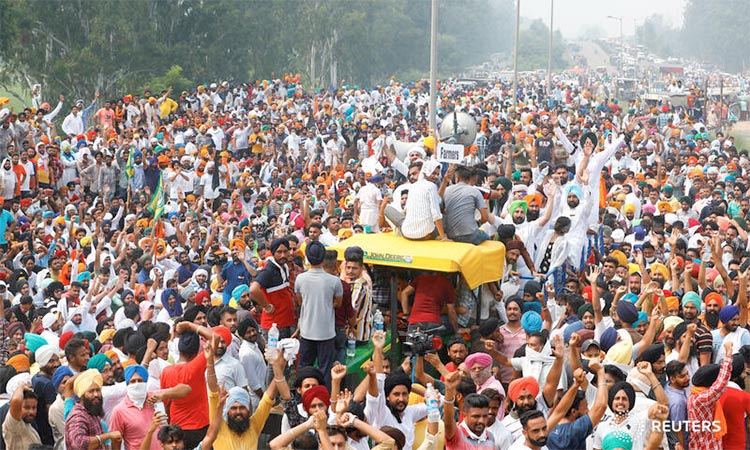 Farmers are protesting against reforms in Indian agricultural sector. Reuters

The stir led by the agriculturists of Punjab against the recently enacted triple laws that were intended to reform the rural economy and enhance the income of farmers, predictably turned early into a political agitation against the Modi government with the opposition, left liberals and human rights activists losing no time in joining the fray and questioning the very intentions of the Centre in proactively promoting access of industry, trade and commerce to the farm produce.

The enactments had in one go pulled down the monopolistic hold of the ‘Mandis’ on the average farmer, given freedom to even small farmers to enter into trade agreements with industry regarding the patterning of their crops and created mechanism for resolving any contractual disputes through local administration. The traditional middlemen and rich cultivators of Punjab having a large say in how the grains produced will be marketed, became the protagonists of the mass protests that were launched on the familiar lines of blocking the main roads coming into Delhi and dislocating civic life.

The break between the Kharif and Rabi crops came in handy and funding of the logistics of mass ‘dharna’ posed no problem. The large crowds of men and women around the nation’s capital sustaining an infinite agitation were enough to attract national and international headlines and unsurprisingly became a pivot around which the anti-Modi forces wished to revive agitational politics when nothing else had politically worked for them.

The farmer’s agitation against the agricultural laws however, raises several points for critical examination. On first reading the bills smack of a complex bureaucratic — sounding language that — more than defining the substance of additional opportunity and facility brought to the average farmer — dilates laboriously on protecting the implementers of the government and the business against legal accountability.

This perhaps was necessitated by the potential for litigation that the legislation carried inherently — not about the produce itself but around the ‘trade agreement’ entered into by the industry partner. The Acts basically highlight the format of business around the farm produce with corporate entities that the farmers might opt for — outside of the traditional ‘Mandis’ — but throw little light on how the government would prevent exploitative terms being set by the private purchasers for the average small growers.

A farmer cannot travel distances with his produce to get competitive return for his crop at the back of the ‘Mandis’ and in any case, only a small number of them had the capability to find a buyer on line. In a situation where the farmers submitted to the ‘Mandis’ even when the latter did not honour the MSP, it was unlikely that the private traders would not be tempted to convert MSP into MRP when dealing with the farmers. The private trader justifiably would have to take into account the cost of having to come close to the producer on the ground but would not be above making unfair profit at the cost of the farmer.

The issues of Mandis and MSP raised by the agitators essentially connected with the farmers of relatively small holdings even though big farmers of Punjab had come on the forefront of the stir because of their own vested interest in the system that had prevailed so far. While the regime honestly wants enhancement of the farmer’s incomes through these ‘reform’ Acts, the transition has – because of insufficient direct communication with the farmers in various parts of the country prior to the enactment – turned out to be sudden and steep for them. A straightforward commitment of the government — even if it was financially inconvenie – to buy on MSP the produce that was not sold in free market should be included through an amendment as this would help a great deal in putting anxieties of the average farmer at rest.

The bills should have reflected the willingness of the government to go in for procurement on MSP to a necessary extent till the new arrangements proved their viability and acceptance. If it would have been made clear that MSP applied only to government procurement and farmers could fix their own higher prices for selling produce to any other entity, the unfair monopoly of the ‘Mandis’ would have been curtailed and the instinct of businesses to maximise profit would have been checked.

Once the farmers tasted the benefit of free trade they would take to the new reforms on their own and any fear of the government that it would have to invest on procurement out of compulsion would be addressed too. In any case for a big country like India with its deep agriculture roots, government would do well to provide for cold storage facility at all headquarters of the districts that were most prominent on the farm front- it should even be prepared to ‘export’ food grain profitably should its stocks get oversaturated. For this it could invoke PPP model that benefits both sides. In a country where two third of the population is ‘rural’, agriculture laws have to have wide popular support for achieving the desired results. 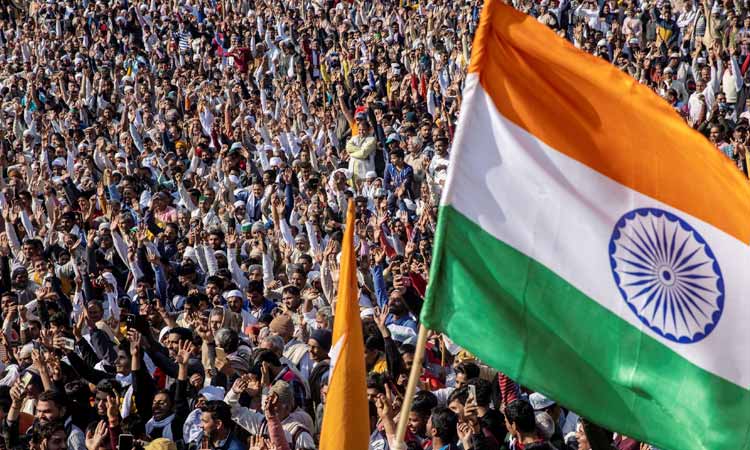