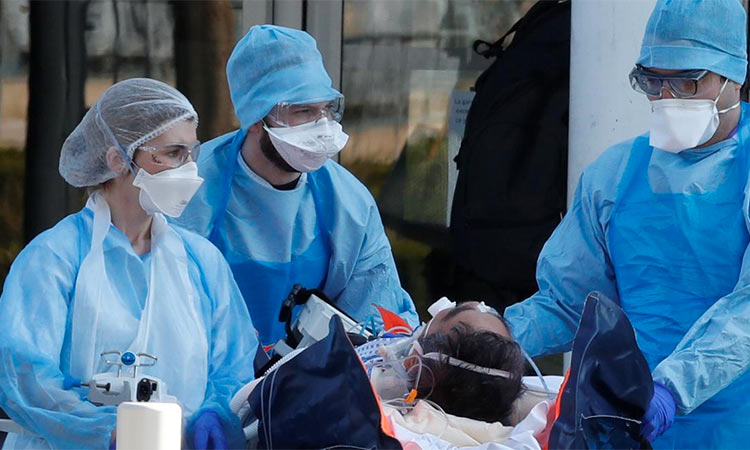 Medical staff move a patient from a special high-speed train to an ambulance during a transfer operation of people infected with Covid-19. Reuters

The discovery of a new strain of the coronavirus in the UK raises alarm bells. It demolishes any hope of seeing an end to the pandemic, and that too right soon. There seems to be no light at the end of the tunnel.

The new strain of the virus may be responsible for the rapid rise in infections in the country, Health Secretary Matt Hancock said.

The government must take swift action after seeing “very sharp, exponential rises” in Greater London and nearby Kent and Essex. In some areas cases are doubling every seven days.

“We’ve currently identified over 1,000 cases with this variant predominantly in the south of England, although cases have been identified in nearly 60 different local authority areas,” he said.

Initial analysis suggests that the new variant is growing faster than existing variants, he added.

“The medical advice that we have is that it is highly unlikely that this new variant will impinge the vaccine and the impact of the vaccine,” he said.

Britain started vaccinating people over age 80 and health care workers on Dec. 8 with the Pfizer-BioNTech vaccine and its regulators are also evaluating other vaccines, including one developed by AstraZeneca and Oxford University. Thousands have been vaccinated so far, but they must return in 21 days for a second shot

Under Tier 3 restrictions, the toughest level in England’s three-tier system, people cannot socialise indoors, and restaurants must close except for takeout. People are told to truncate travel as much as they can within or to the area, and Hancock said people should not take trips into central London to do Christmas shopping. London is currently in Tier 2, or high alert, which applies to most of England.

Viruses like COVID-19 mutate constantly as they spread between people and scientists say most mutations have little impact on human disease. It was early spring when British scientists laid out the bitter truth to their government. It was “highly likely,” they observed, that there was now “sustained transmission” of COVID-19 in the United Kingdom.

If unconstrained and if the virus behaved as in China, up to four-fifths of Britons could be infected and one in a hundred might die, wrote the scientists in March. That was a prediction of over 500,000 deaths in the nation of nearly 70 million.

Yet the Prime Minister, Boris Johnson, seemingly adopted a cavalier attitude towards the potential impact of the coronavirus.

He joked that he was still shaking hands with everyone, including at a hospital treating virus patients.

The upbeat tone of that briefing stood in sharp contrast with the growing unease of many of the government’s scientific advisers behind the scenes. They were already convinced that Britain was on the brink of a disastrous outbreak. It did not take long for disaster to strike.

Johnson tried out some Churchillian phrases – “this will be a hard winter”; “there is a long road to spring” – but sounded happier in the jocular register – “the scientific cavalry is now in sight”.  Yet, he contracted the coronavirus.

Sceptical Conservative MPs regard the tiered system of restrictions as no better than the lockdown, itself an unwarranted intrusion on ancient liberties.

Officials are assessing the new strand. However, though there is nothing to suggest it is more likely to cause serious disease, or that it won’t respond to a vaccine, the authorities should be on their guard. 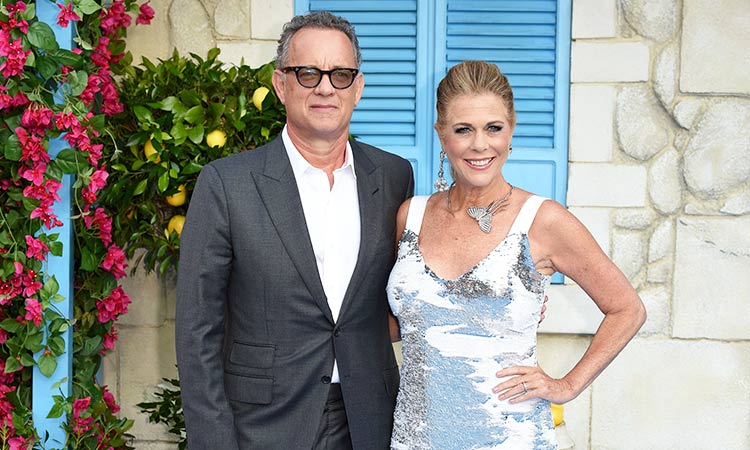 Covid-19 survivors Tom Hanks and Rita Wilson have offered their blood to help develop a vaccine for coronavirus. 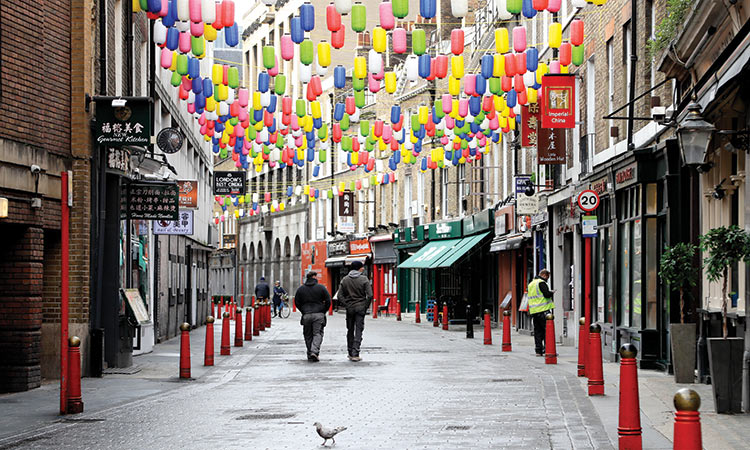