Of US election result and pre-poll predictions - GulfToday

Of US election result and pre-poll predictions 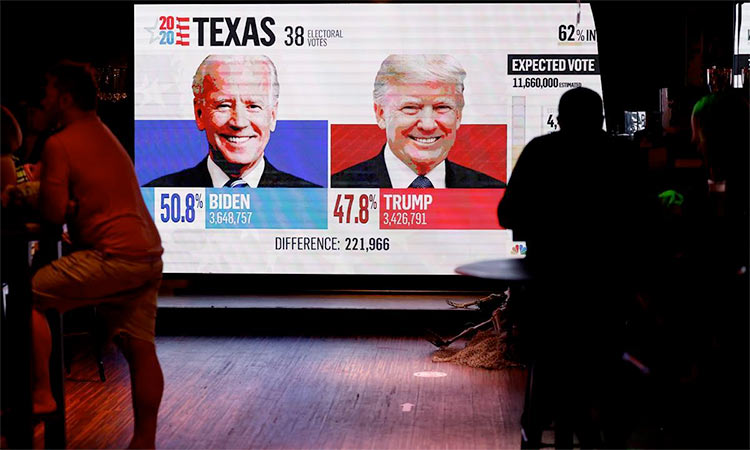 Election polls have never been perfect, nor should that be expected.


Donald Trump was not the first presidential candidate to perform notably better on election day than pre-election polling had predicted. Ronald Reagan did it in the 1980 election. So did Bob Dole in 1996.

Still, the gap between the 2020 polling and the actual results has caused considerable dismay. Since the election, a lot of people have asked the same question: “What went wrong with the polling?”

I’ve been leading the Quinnipiac University Poll for over 25 years. And while a lot of work remains before there is a final diagnosis of this year’s election polls, I don’t think it will show that polling has lost its value. I already see some early indicators of what went right — as well as wrong — this year.

In general, public opinion polls have had a good track record over the last 100 years. However, election polls have never been perfect, nor should that be expected. Uncertainty is part of the equation — whether because of the margin of error, who turns out to vote or the number of undecided voters. And this year had more than its fair share of unpredictability, with a global pandemic, record voter turnout and major procedural changes in the way Americans voted with mail-in ballots.

Some believe that President Trump himself may have introduced an added level of uncertainty in gauging public opinion. Since the 2016 election, many have discussed the possibility of the “shy” Trump voter — voters who didn’t want to admit their support for Trump to pollsters. A task force created by the American Assn. for Public Opinion Research analyzed the performance of the 2016 election polls and did not find evidence of such voters, but it’s worth investigating whether such a phenomenon happened this year.

In Quinnipiac’s polls leading up to the election, about 1 in 10 likely voters wouldn’t say who they had already voted for or indicated that they either weren’t sure or wouldn’t share who they were voting for. Despite the unusually high number of voters not revealing their vote preference, post-election analysis shows that our poll and others were generally accurate on the percentage of Joe Biden’s support, but underestimated Trump’s support.

While this analysis is preliminary, it could certainly suggest that some of the voters who did not share their vote preference ended up voting for Trump. Election polls will need to explore strategies to better capture the intentions of this undecided segment of the electorate, such as developing enhanced follow-ups for those reluctant to disclose vote preference and new ways to build trust between respondents and interviewers.

Couple this dynamic with historic voter turnout, and the uncertainty in polling estimations starts to really stack up. Because polling analysis makes assumptions about voter turnout, whenever turnout is unusually high or low there is increased risk that the polls will be less accurate. It is possible that more Trump voters showed up than expected on election day, and/or fewer Biden voters did. We may have a clearer picture when we get the final reports of exit polls in the next few weeks.

Another factor this year is the unprecedented amount of mail-in and early voting, which may have encouraged new or infrequent voters to participate. Without a history of party allegiance, these voters could be more likely to change their minds, further adding to unpredictability in the election outcomes.

Pollsters face a number of methodological challenges that must be reviewed as part of this post-election analysis. For example, with state polls often limited to calling voters with phone numbers that are local to a particular state, pollsters are exploring how to contact individuals who have out-of-state cellphone numbers but live (and vote) in the state being polled. And, as many Americans continue to abandon landlines, would polls be improved if pollsters relied even less on calling people at those numbers?

Polls cannot provide pinpoint accuracy nor should that be expected since they are still an estimate of a snapshot in time. But the polling industry provides a valuable service in taking the pulse of the American electorate on key issues and voting intentions.

It is reasonable for the public to expect the polls to come closer to the mark than they did this year, and pollsters will need to review their methods and make necessary adjustments. This doesn’t mean polling is irrevocably broken, but it does need a tuneup.