UAE: A citadel of welfare for its people - GulfToday 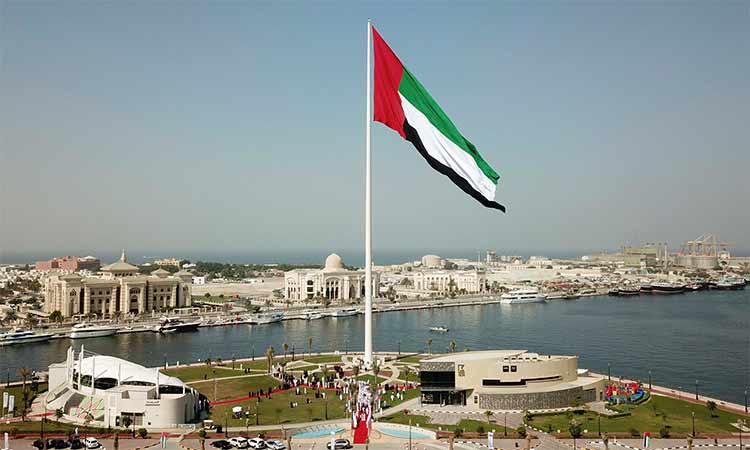 The UAE has progressed tremendously well as a welfare state.

Upon the directives of President His Highness Sheikh Khalifa Bin Zayed Al Nahyan, His Highness Sheikh Mohamed Bin Zayed Al Nahyan, Crown Prince of Abu Dhabi and Deputy Supreme Commander of the UAE Armed Forces and Chairman of the Executive Council of Abu Dhabi, ordered the disbursement of housing loans worth over Dhs7 billion to 6,100 citizens in Abu Dhabi.

Not only that, it also exempted retired low-income citizens from repaying the loans.

The approval of the loans and exemptions coincides with the celebrations of the 49th National Day.

On this day, freedom unfolded for the Emiratis. Undeterred by an unsparing weather and an equally heartless sun, the leaders decided to entirely revolutionise what they were born into.

Of that industrial-strength will was born the UAE that you see today.

They always have a helpful attitude.

For them charity begins where need begins.

The government moves act as a buffer between the citizens and the pandemic. While, in other parts of the world, a lot of people are still reeling under the effects of the coronavirus, , the UAE has shown that it can weather the storm, come what may.

The leaders always had the best interests of the residents at heart, not just of the Emiratis but expatriates as well.

For instance, the National Programme for Happiness and Wellbeing promotes the health and safety of workers and supports the national efforts to counter the new coronavirus.

The “Be Well” campaign is organised to commemorate International Workers’ Day, which falls on May 1 each year and in recognition of the efforts and contribution of workers in the UAE.

The campaign opens the door for the UAE community to participate in providing the “Be Well” box for workers, which contains 44 essential prevention and protection items for their safety, health and social support, such as face masks, gloves, sanitisers, food items, apart from a new phone SIM card and calling credit.

This year, approvals were issued for more than 5,000 housing loans, reflecting the keenness of His Highness Sheikh Mohamed Bin Zayed to promote the Abu Dhabi government accelerator programme, Ghadan 21, and double housing loans for UAE citizens.

In July this year, Sheikh Mohamed had ordered the disbursement of housing loans worth Dhs2.78 billion to 1,976 citizens in Abu Dhabi, exempting retired low-income citizens from paying back the loans.

Last year, His Highness Sheikh Saud Bin Rashid Al Mu’alla, Supreme Council Member and Ruler of Umm Al Qaiwain, said that on the second of December each year, the leadership and the people of the United Arab Emirates celebrate the UAE National Day, which manifests the national will of the founding leaders, and the determination of the loyal sons of the homeland, to promote the concept of the union.

He said, “Our annual celebration of this glorious day is a living embodiment of this national achievement both on Earth and in outer space.” The UAE National Day is a precious occasion to renew loyalty and belonging to the wise leadership, preserve heritage of the founding fathers and promote the concept of the union in the spirit of the current generations.

The wise leadership has instilled the concepts of devotion and loyalty to the homeland in the people. These concepts have become an integral part of the national culture.

There is no doubt that the country serves as a “model” for progress and sustainable development and sets a shining example with its virtues of tolerance, coexistence, openness and rejection of hatred.

Come December and the glamorous city of gold filled with alluring skyscrapers set on the hustle and bustle is almost decked up to commemorate the most important occasion in the calendar of Dubai. Schools, attractive Shopping malls, 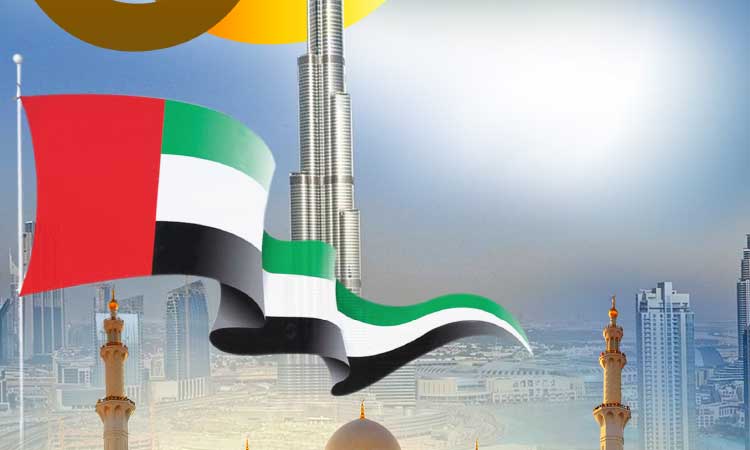 We're ushering in the next 50 years with a comprehensive, well-thought-out strategic vision. This was stated by UAE President His Highness Sheikh Khalifa Bin Zayed Al Nahyan. He said that the UAE’s Founding Fathers embraced sustainable