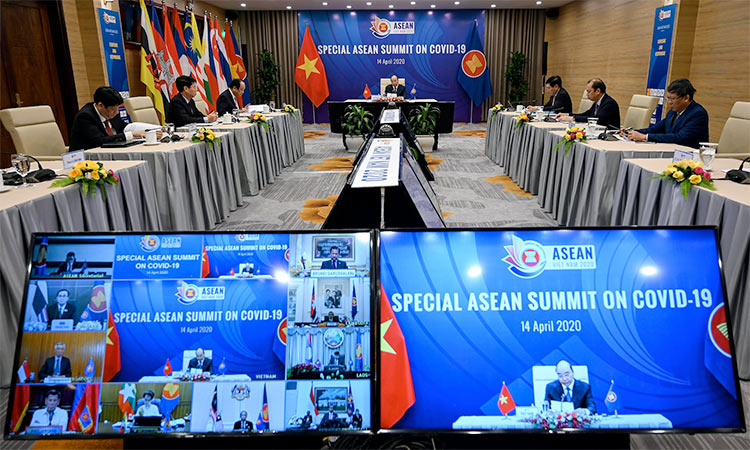 The COVID-19 pandemic has increased scope of regional and international cooperation.

When the European Common Market was established in 1957 some in the east started dreaming of something similar taking shape in Asia.

More than six decades have elapsed since then. In this period various overlapping groups came up but the immense diversity of the continent and wide divergences in the political and economic outlook of the countries of the region impeded progress towards the goal of a common market.

The most successful of the groups that came up in the continent in this period is the Association of South-East Asian Nations (ASEAN), founded in 1⁹67. It has been functioning with a good deal of cohesion.

The South Asian Association for Regional Cooperation (SAARC), established in 1985, has a poor record. The shadow of troubled India-Pakistan relations has hampered its growth into an effective regional body.

The most ambitious effort at Asian economic cooperation began when, at a virtual ceremony held during the ASEAN summit, 15 countries signed the Regional Comprehensive Economic Partnership (RCEP) agreement this month.

The participation of Australia and New Zealand gives the partnership an Asia-Pacific dimension.

RCEP is the product of eight years of negotiations. India, under the Manmohan Singh government, was a participant in the negotiations. Two years ago, the Narendra Modi administration pulled out, saying the group failed to address India’s concerns.

As a result, India, the second largest country of the world after China, is out of RCEP.

Even without India, RCEP is the world’s biggest trade bloc. A third of all global economic activity takes place within its confines.

RCEP has come into being when the global economy is reeling under the impact of the coronavirus pandemic. The participating countries speeded up its formation in the belief that it will help in the arduous task of recovery.

Prime Minister Narendra  Modi’s  decision to pull out of RCEP parallels President Trump’s decision to take the United States out of the Trans-Pacific free trade pact negotiated by his predecessor, Barack Obama.  Both decisions appear to be rather petulant responses to China’s presence.

The Trans-Pacific pact was to bring together 12 nations of the Asian, Australian and American continents.

Reacting to Trump’s action, Obama had said if the US did not write the rules other countries like China would.

After the US left, the other countries negotiated a new deal called Comprehensive and Progressive Trade Pact. It came into effect in 2018.

Not that India had no cause for worry over the RCEP provisions. Both agricultural and industrial interests felt provisions of the agreement would affect them adversely.

Milk producers feared that in the absence of tariff protection they would not be able to face competition from Australia and New Zealand. Several manufacturers feared dumping of cheap goods by China.  The RCEP countries have left the door open for India to return. But so far there is no sign of rethinking by the Modi administration.

While India and the US quit trade negotiations to spite China, their partners in the patently anti-China Quad, Japan and Australia, are both in RCEP.

China is known to be in negotiations to join the Trans-Pacific Partnership, which too includes both Japan and Australia.

Japan is currently in negotiations with China and South Korea for a three-nation free trade agreement.

These are examples of bold attempts by countries to rise above political considerations to secure their economic interests.

The Modi administration certainly has a duty to protect the interests of Indian agriculture and industry. In today’s conditions, the best way to protect their interests is not building protective walls to give local producers a captive market. Instead, they should be enabled to compete and prevail in the large markets created by the spate of free trade agreements across the globe.

Studies have shown that although India has bilateral free trade agreements with many countries, it has been unable to leverage them to reduce adverse trade balances with them. Therein lies the problem.

Walking away from the large markets is not an option for India which has set for itself the goal of a $5 trillion economy.