COVID-19: Getting back to normal won’t help us - GulfToday

COVID-19: Getting back to normal won’t help us 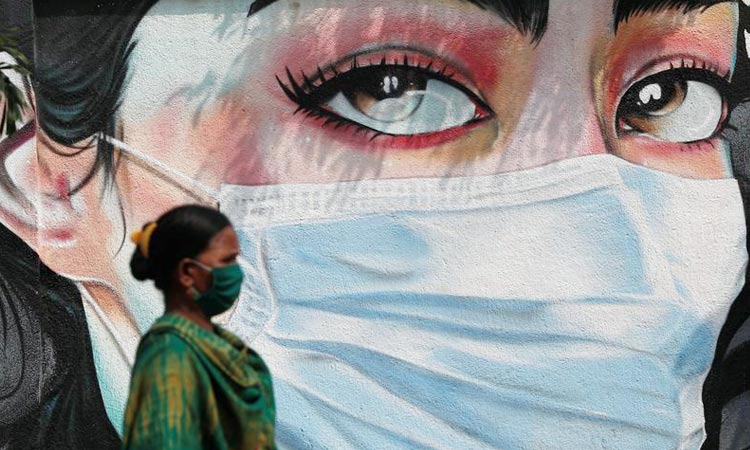 Despite success news of COVID-19 vaccines, getting back to normal is precisely what we should not be doing.


When pharmaceutical firms announced the discovery of a COVID vaccine, government scientists hailed the prospect of “life returning to normal” by spring, and the world breathed a collective sigh of relief. For months anxiety about “normal life resuming” has been sky-high.

But “getting back to normal” is precisely what we should not be doing.

Because it was “normal” that got us into this mess in the first place.

Anyone who thinks that a vaccine provides a simple get-out-of-jail-free card for the most dangerous public health emergency of the past century needs to think again. I’ve lost count of how many stern warnings scientists have issued about our way of life that run the risk of fostering novel diseases that could escalate into pandemics. There must be dozens.

COVID-19 almost certainly emerged from humans’ toxic interference with wild animals, bringing into close contact species that would never normally meet in the wild, in stressful conditions that suppressed their immunity. It created perfect conditions for viruses to jump species, possibly mutating, infecting people in the process.

Although SARS-CoV-2 almost certainly began in an animal-slaughter market in China, with the rate of new disease outbreaks rising exponentially in recent decades, it was only a matter of time before some pandemic or other broke out.

And the risks don’t only come from the far-off wildlife trade. “Normality” for much of the world involves eating produce from factory farms — which leading experts say has caused most new infectious diseases in humans in the past decade. The conditions that allowed for rapid mutation of the virus on mink farms are mirrored in factory farms, with industrialised meat production among the most dangerous enablers of zoonotic infectious diseases.

“The more you have of a thing, the more that thing is going to be the likely conveyor,” according to Inger Andersen, of the UN Environment Programme — referring to spiralling numbers of animals reared for meat.

In particular, intensive farming of chicken — the most-bred animal on the planet — has reached such proportions that a fresh pandemic is now thought to be almost inevitable, with the authors of a new report on chicken farming warning the next pandemic will make COVID-19 look “mild.”

Intensive agriculture also damages soil structures (essentially, how we grow our food) and causes deforestation, ejecting wildlife further from its habitats. And routinely dosing meat animals with antibiotics is an invitation to antibiotic resistance — another serious risk factor, one that prompted warnings from the World Health Organisation even before this year’s pandemic.

And then those flights in turn cause air pollution — proven to worsen COVID-19 symptoms.

These days it’s even fairly normal to have “exotic” pets, from parrots to reptiles, even though it’s blinding obvious that transporting them halfway around the world helps viruses travel. You might as well give the blighters passports and a suitcase.

Cheap air travel, cheap meat, the wildlife trade: all these accepted “norms” need to radically change if we are to reduce the increasing likelihood of more zoonotic disease outbreaks.

Of course, as any addict will tell you, fundamentally changing habits is exceptionally difficult. But only radical approaches will do. As UN biodiversity scientists have said, that needs to include an intergovernmental panel on pandemic prevention, offering incentives to those whose livelihoods involve destroying forests and considering taxes on meat production.

In fact, especially taxes on meat production. If there could be taxes on the illegal wildlife trade, that would be good, too. But for now, we’ll settle for law enforcement and helping impoverished communities cherish wildlife rather than killing it.

So before we go any further towards “getting back to normal,” societies, decision-makers and anyone else you can think of need to help profoundly reform our old high-risk behaviour and systems.

If world leaders can’t see the risks created by “normal”, we haven’t learnt anything from the pandemic.