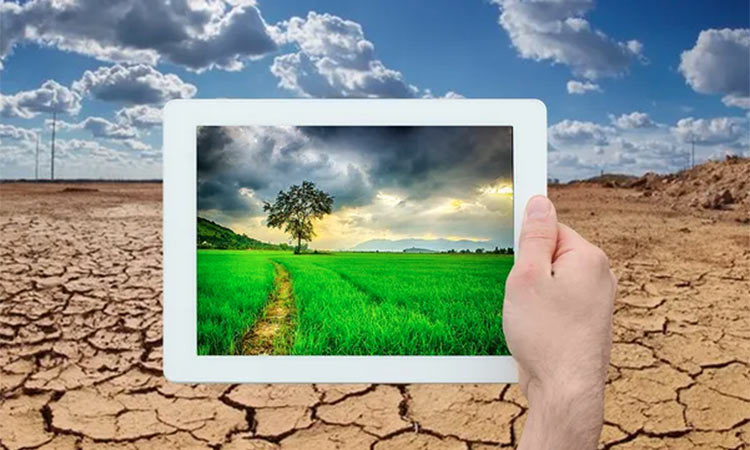 Technology can play a key role in fight against climate change.

India is a signatory to the Paris Agreement under the United Nations Framework Convention on Climate Change.

However, environment-friendly technology comes at a cost. If it’s not affordable, it acts as a barrier to preventing climate change as countries like India endeavour to become green economies, according to Union Minister of Environment, Forest and Climate Change, Prakash Javadekar.

Virtually chairing the “India CEO Forum on Climate Change” on November 5, Prakash Javadekar said, “Climate change is a very important issue and world action is needed. We’ve declared in Paris that we’ll reduce emission intensity by 35%. India is 2 degrees compliant in action and contribution. We’re asking world leaders and other nations to walk the talk and be compliant with Paris agreement.

However, he pointed out that need for low-priced environment-friendly technology. “I am demanding that technology must be available at an affordable cost. Less emissions will only be possible if the technology is available at the right place,” he added.

Ministry statistics show that India may be among the top five carbon emitters on the planet, but that’s mostly due to its sheer size. Its per capita emissions are only around 1.8 tonnes a year – less than half of the world average. Even historically, India’s average emissions were around three per cent. Today, the emission load stands at around 6%.

Javadekar also argued that since every person on the globe has the right to development and that any kind of development will have emissions. So, for India, as a developing country emissions are inevitable if it wants to grow. Citing the Montreal Plan as an example, he highlighted how it provided complete compensation for any additional expenditure.

He pointed out that in a thermal power plant if we want to induct flue gas desulfurization technology, it costs Rs5 million per MW. “It’s a huge cost for a 600 MW generating unit…Cost is a big barrier in making advances,” Javadekar said.

As of now, India’s plans to battle climate change include reducing emissions intensity by 50%, restoring around 26 million hectares of land over the next ten years, building 100 gigawatts (GW) of solar energy, and 157 GW of renewable energy by 2022.

To top it off, Indian Prime Minister Narendra Modi has recently added the goal of 450 GW of renewable energy generation by 2030 – this will account for a little than 40% of India’s installed capacity.

About the importance of combating climate change, Javadekar said India was doing well towards achieving its nationally determined contributions (NDCs) under the Paris Agreement.

“Climate change is a very important issue to be discussed world over and global action is needed on this. Not just one country, but all nations have to work in that direction. So in Paris, we decided to restrict the temperature rise to two degrees by the year 2100. For that, every country, including India, declared their NDCs,” he said.

As part of its NDCs, India has three quantitative climate change goals. These are, reduction in the emissions intensity of gross domestic product by 33% to 35% by 2030 from the 2005 level, achieving about 40% cumulative electric power installed capacity from non-fossil fuel based energy resources by 2030 and creating an additional carbon sink of 2.5 to 3 billion tonnes of carbon dioxide equivalent through additional forest and tree cover by 2030.

“India is walking the talk. India is two degrees compliant in actions and in contributions. And, therefore, we’re asking world leaders and other countries that they should also walk the talk and they should also be compliant with the Paris Agreement,” said Javadekar.

Javadekar requested the companies to provide their internal roadmaps and targets on a yearly basis to the Environment Ministry and participate in achieving targets set under the Paris Agreement on Climate Change.

As the government press release highlighted, the private sector plays a pivotal role in creating low-carbon sustainable economies and has embarked on a number of voluntary actions on climate change that can contribute towards achieving India’s NDC goals.

Javadekar appealed to key industry leaders from steel, cement, power and pharmaceutical sectors to work with the government in combating climate change and help India achieve the targets set under the Paris Climate Agreement.

Following the appeal by the minister, industry leaders took a pledge to work with the government to tackle climate change and build sustainable economies by adapting measures to reduce greenhouse gas emissions and promote renewable energy.