Flag of tolerance flies high in the UAE - GulfToday

Flag of tolerance flies high in the UAE 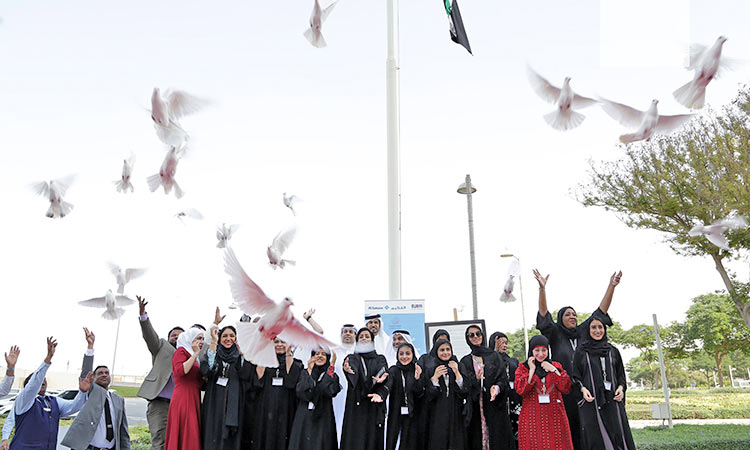 The qualities of tolerance are interwoven into the lives of UAE residents.

Ignorance and prejudice are the handmaidens of propaganda, former UN Secretary-General Kofi Annan once said. “Our mission, therefore, is to confront ignorance with knowledge, bigotry with tolerance, and isolation with the outstretched hand of generosity…”

On International Day for Tolerance, which falls on November 16, Kofi Annan’s words could not have rung truer. He highlights the virtues of forbearance and seeks to quell ignorance and bias, which are the pillars of racism and stumbling blocks to tolerance.

The UAE seeks precisely to do that. It is the lamp standard of tolerance, and promotes it among all sections of society. The qualities of tolerance are interwoven into the lives of UAE residents.

Since the formation of the Union, the UAE’s foundation has been built on the pillars of tolerance, as a reflection of the wise vision of the founding father of UAE, the late Sheikh Zayed Bin Sultan Al Nahyan.

Sheikh Nahyan Bin Mubarak Al Nahyan, Minister for Tolerance and Coexistence, said that the ministry’s celebration of International Day for Tolerance on 16th November reflects the UAE’s faith in its values.

“The ministry is making a call for tolerance from Abu Dhabi to the entire world, and all segments of the community are participating in this call,” he said.

In a world riven with hate and conflict, it is time to ponder over this issue which many seem to overlook. Tolerance is a key pillar to building a better future for humanity. It is key to a nation’s growth and popularity in the global scheme of things.

The tolerance approach remains vibrant in the history of the UAE and the main component in the fabric of its society, in addition to being a key pillar in building its great edifice.

The wise leadership continues the march of the ancestors at local, regional, and international levels to create a constructive dialogue to achieve tolerance, deepen cooperation, and contribute to building a world free from intolerance and violence, based on respect for cultural diversity and acceptance of the other intellectually, culturally, ideologically, and ethnically.

Tolerance and fraternity are among the core values of the UAE and the cultural legacy of its people.

As Sheikh Nahyan said, “We cannot speak about tolerance and not mention the Founding Father, the late Sheikh Zayed “e world and interacted positively with everyone. He was also keen to reinforce the values of tolerance, coexistence and equality before the law. He was proud of our heritage, which gave us a comprehensive system of traditions that enable us to interact with everyone,” said Sheikh Nahyan.

The country is committed to preserving these values and principles, led by the nation’s leaders.

The Ministry of Climate Change and Environment, MoCCAE, rolled out the Environmental Tolerance Initiative to mark Tolerance Week that runs from 9th to 16th November and to raise public awareness of eco-friendly behaviour and local environmental protection efforts.

The UAE is not just home to millions of people from over 200 nationalities, but also to various terrestrial and marine ecosystems that boast rich biodiversity.

Dr. Mugheer Khamis Al Khaili, Chairman of the Department of Community Development in Abu Dhabi, DCD, said “today, we are proud of the important role of the DCD, as the organiser of places of worship for non-Muslims in Abu Dhabi, which has become a destination for living, working, tourism and investment, thanks to the safety and security it enjoys.”

Other countries can take a leaf out of the UAE’s pages of tolerance and care for people from other cultures. The UAE shares its message of tolerance with the world to continue instilling values of goodness, peace and coexistence, to make the world a better place for humans everywhere. 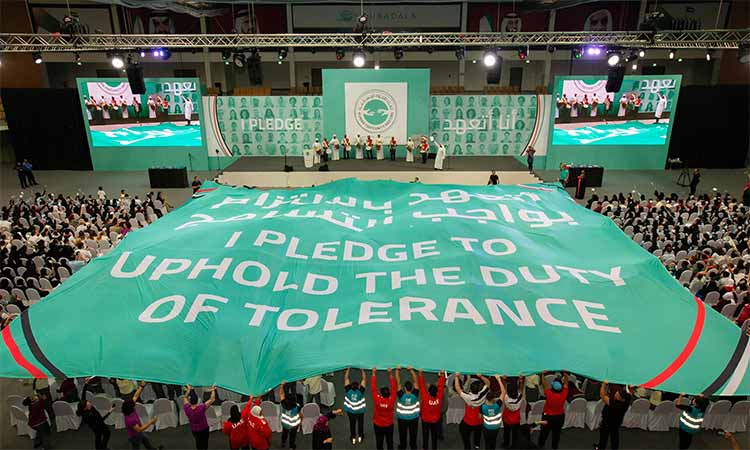 It’s a wonderful idea – and move – that the second edition of the World Tolerance Summit will be held in Dubai from 14 to 16 November this year. A galaxy of distinguished speakers and peace experts from around the world, envoys from the international diplomatic community and university students are expected to attend the three-day summit