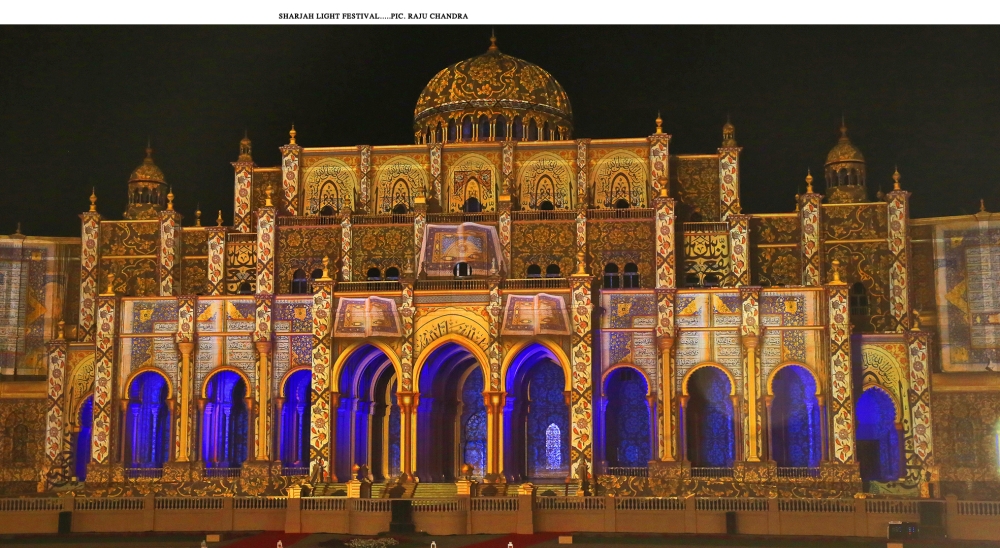 There is no doubt that Sharjah’s efforts to maintain its cultural ethos shining in the world has reached industrial strength levels. All thanks to the caring and pioneering stewardship of His Highness Dr. Sheikh Sultan Bin Mohammed Al Qasimi, Supreme Council Member and Ruler of Sharjah.

As he said, Sheikh Sultan has spent his entire life making Sharjah a cultural centre that attracts lovers of culture, language, literature, theatre, and knowledge. The emirate is very vibrant particularly in the arts sector, and is a pivot of culture in the Arab world.

Sharjah’s efforts to bolster the Arab world’s cultural prowess is not tied to a specific geographic location but spans diverse areas to build bridges of communication and understanding as a key weapon against ignorance.

The emirate’s cultural achievements have fanned out to various parts of the globe.

In May 2019, Sharjah gathered renowned Emirati writers to showcase the UAE’s literary heritage during the first Emirati Book Fair.

The Fair was an opportunity to document modern Emirati literature and promote the biographies of the Founding Fathers. Dr. Sheikh Sultan’s patronage of the Fair supported the country’s publishing sector.

Sharjah’s passion for culture has even swayed its residents, with most cultural events hosted by the emirate witnessing considerable participation.

Sharjah’s leading cultural stature has positively contributed to the UAE’s global cultural position and has enhanced the reputation of Arab culture and heritage among individuals and intellectuals from around the world.

A sparkling evidence of this is the launch of the first eight volumes of “Arabic Language Historical Dictionary”, the biggest Arabic linguistic knowledge and information project that documents the history of Arabic language lexicons and their usage transformations over the last 17 centuries (pre-Islamic to current times). This itself is testimony to its impressive cultural cachet.

It was Sheikh Sultan’s dream project for a long time, and he was more and more keen on realising his vision. He also congratulated the Arab Nation for this dictionary that documents the history of Arabic lexicons from pre-Islamic, Umayyad, and then Abbasid eras, all the way to our modern times. “Today we witness the launch of the first eight volumes of the dictionary, executed and printed in a beautiful manner to be put in the hands of Arabic language and culture for their own knowledge and leisure.”

Being a historian Sheikh Sultan always thought: “Why don’t Arabs have a historical dictionary documenting their language? Are Arabic linguists and scholars incapable of accomplishing such a project?

“The answer is no, the lovers and scholars of the Arabic language are not incapable of producing such a dictionary,” he said.

“I then realised that the project requires gathering the forces, unifying the lines, organising the efforts, and providing the finances that are suitable of a project of this magnitude,” he went on to say.

But they were able to overcome the hurdles and make what was a dream 80-odd years ago a reality. He added that this dictionary will not only provide history, origins, meanings, and explanations of words, but will also document the history of the nation, preserve its civilisation, and celebrate the achievements of Arabs from the Arabian Peninsula to the Atlantic Ocean, in addition to recording Arabic poetry, literature, tales and news carried by Muslims spreading Islam far in Asia and deep in Africa.

With this project, His Highness has achieved a historic task whose roots date back to almost a hundred years, as it has been attempted several times by many entities, notably the Cairo Arabic Language Centre in 1936.

Truly it is a joyous day for Sheikh Sultan, who said he was waiting for this day for over two decades.

Sharjah’s status as a beacon of Arabic culture and a capital of Arabic language will continue to inspire its fans across not just the country but also the region and other parts of the world.