Opportunity to atone for the last four years declined - GulfToday

Opportunity to atone for the last four years declined 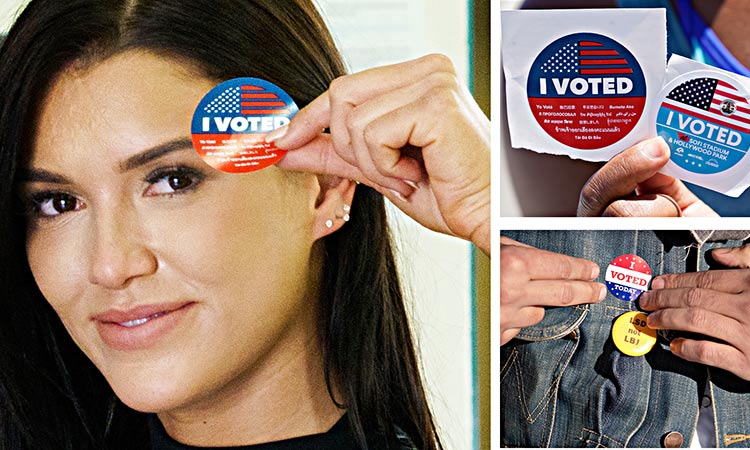 A combination of pictures shows American citizens showing stickers after casting their vote.

If populism, authoritarianism, racism, vulgarity, misogyny and all the dismal rest of it slipped in through America’s back door four years ago, then that is how it will leave again.

It has not been defenestrated. Its baggy suits and elongated ties are not strewn over the front lawn. If there is to be a separation, it will be an amicable one, and quite possibly only temporary. There may yet be no separation at all.

For the millions of Americans, and even more millions around the world who have spent the last four years clinging for dear life to such delegitimising hopes as Donald Trump’s huge loss in the popular vote, his dismal approval ratings, and more recently his appalling handling of the coronavirus pandemic, it will be horrifying to accept that the chance to right that wrong is likely to require the assistance of the split congressional districts of Nebraska and Maine.

Broad brush strokes were what was required. Clear and certain narratives. The rejection of all this should not have come down to the nitty gritty. Barack Obama called it the most important election of his lifetime. It was equally important it had a clear answer, but that did not happen.

American voters have declined the opportunity to repudiate what has been said and done in these long bleak years. At 12.44am, when it became clear a decisive result would not be forthcoming in the hours ahead, the leader of the free world reached for his Twitter account to accuse the Democrats of “trying to STEAL the election. Voted cannot be counted after the Poles have closed.” It was deleted swiftly after, to correct the spelling of Poles to polls.

It is hard to say whether Trump retains any capacity to shock. It will be said that he might have saved the most shocking moment of his presidency to what might be the last. At two o clock in the morning, there he was, standing at a White House lectern, declaring an election that is not yet over to be “a fraud on the American people” for no greater reason than that he might lose it.

Mike Pence winced. His eyes widened, his throat convulsed. There’s a man who knew exactly what he signed up for, but even he didn’t think it would come to this.

Yes, they were the kind of words that GCSE History students read when learn how various democracies fell apart in the 1930s. But if feels almost unkind, to some of them, to put Trump in that league.

He made only two public contributions to election night, and were you to choose which one more defines him, the Fisher Price “My First Fascist” or the Caps Lock addicted shouty idiot uncle that can’t spell Poles, it is not such a difficult choice. He is, first and foremost, a buffoon.

Twelve years ago, Barack Obama strode out into the Chicago night and made American history with some well chosen words. The words that defined this night were the ones spoken at a million miles an hour by CNN’s extraordinary election analyst John King, zooming in and out of country after county in state after state, city centre and suburb. What did it all mean? Where was it all going? Well it’s going down to stalemate, to the validation, vindication and vilification of both sides. Just as it was before.

Even they outshone the best that the last best hope on earth had to offer. Shortly before one am, Joe Biden appeared on stage in what appeared to be an empty car park to say, “Hello Delaware. We’re feeling good about where we are.”

It was all, frankly, that the night deserved.

There was the now traditional 2am punch to the gut. From Brexit, to Trump 2016 to now, that is the hour that the polls go wrong. That things turn suddenly on their heads. For a short while, Biden looked like he might win Florida and the whole thing would be over before it began. But the results in the county of Miami-Dade were shocking, intimating that the Clinton-voting Latinos had abandoned him in huge numbers.

In the end, America’s return to decency, to global leadership, now hinges on whether Biden has convinced enough blue collar workers in the Michigan, Wisconsin and Pennsylvania that he is on their side in a way they decided Hillary Clinton wasn’t.

That’s all it will come down to. And whatever the result, it’s not enough to turn back the clock. It has to be accepted that what happened four years ago could happen again. That, in the start of the middle of the twenty first century, nationalism, populism, racism, misogyny and all the dismal rest of it have found safe haven in America.