If things go wrong at the ballot box... - GulfToday 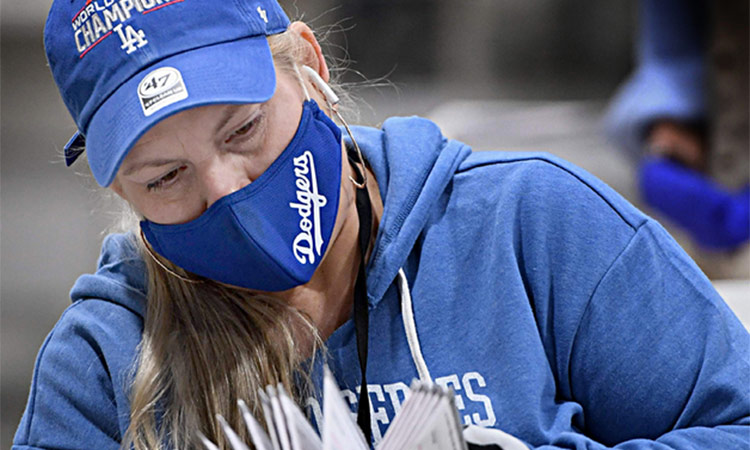 The legal machinery that exists to select the next president if things go wrong at the ballot box is a complex system of electoral fail-safes that starts and ends with the calendar. The political team of Gulf Today breaks it up for you

Imagine this scenario: It’s been weeks since Election Day, and in one state, it’s not clear which presidential candidate won. In an initial count, the Democrat won by roughly 100 votes. Then an audit found a counting error that put the Republican ahead. Officials launch a recount, but it’s not finished by the December deadline for the Electoral College to cast votes. So the state’s Democratic and Republican electors each declare victory and cast competing sets of electoral votes for their candidates.

Outlandish? Not really. This happened in Hawaii in 1960, when John F. Kennedy faced then-Vice President Richard Nixon in a high-turnout election marked nationally by voting irregularities and allegations of fraud.

This year, as millions of Americans mail their ballots or stand in line well before Election Day, Nov. 3, to make sure their votes get counted, few may be aware of the complex legal machinery that exists to select the next president if things go wrong at the ballot box.

It’s a complex system of electoral fail-safes that starts and ends with the calendar. It’s also a system where voters don’t necessarily get the final word, at least not directly.

For the 2020 election, the states have until Dec. 8 — six days before the Electoral College must meet — to count votes and settle all election disputes. If states can’t figure things out by that “safe harbor” day, the newly elected Congress gains the ability to determine the state’s winner when lawmakers meet to count electoral votes on Jan. 6.

These guardrails were erected after the disputed presidential election of 1876, in which multiple states in the Reconstruction South cast competing sets of electoral votes. To sort out the mess, Congress formed a bipartisan commission of representatives, senators and Supreme Court justices, who awarded the votes to popular-vote loser Rutherford B. Hayes. Hayes won the electoral vote 185-184.

Hoping to avoid a repeat, Congress passed the Electoral Count Act of 1887, which gave states the “safe harbor” deadline by which they could resolve their own disputes without Congress getting involved. After that deadline, if state officials submit multiple sets of conflicting electoral votes, the US House and Senate must agree on which set to accept. (If the chambers don’t agree, the votes certified by the state’s governor prevail.)

That’s what happened with Hawaii in 1960, with little fanfare. Congress chose to accept and count a third slate of electoral votes, for Kennedy, submitted by the state’s governor in January. By then, a recount had shown Kennedy won the state’s popular vote. Kennedy, who already had a clear majority of electoral votes from elsewhere, became president.

When it comes to preventing post-election chaos, “the best protection is the timetable,” said Jeffrey Davis, a political science professor at the University of Maryland, Baltimore County. “The president’s term ends on Jan. 20, regardless of what he says and what happens with the election. He cannot get a second term without winning the election or without Congress saying so.”

President Donald Trump has, at various times, claimed baselessly that mail-in ballots are fraudulent, opposed funding for the Postal Service in order to hamper election mail, refused to commit to a peaceful transfer of power, suggested delaying the election, instructed some voters to potentially vote twice, called to “lock up the Bidens,” and suggested the Supreme Court seat he just filled might decide the winner.

“Now, we’re counting on the federal court system to make it so that we can actually have an evening where we know who wins. Not where the votes are going to be counted a week later or two weeks later,” Trump told a crowd in Fayetteville, North Carolina, in September.

Many critics are worried about how Trump might act on election night and immediately afterward; polls show him well behind Democratic nominee Joe Biden.

“It’s very likely that the president will be making claims about the validity or invalidity of the vote counting process as it’s happening,” said Adav Noti, an elections expert at the Campaign Legal Center, a nonpartisan voting advocacy nonprofit. “But the president has no control or authority over that process at all. Literally zero. And so as long as state officials and the courts all abide by their legal obligations, regardless of the rhetoric, the election will be resolved peacefully and in a timely manner.”

Just because there’s a process for legally sorting out electoral problems doesn’t mean that process will go smoothly or uncontroversially. If there’s recount drama, a lot of it is likely to happen before the Dec. 8 safe harbor deadline, before which the states remain in full control of how to pick their own electors.