Water on the moon, a boon for astronauts - GulfToday 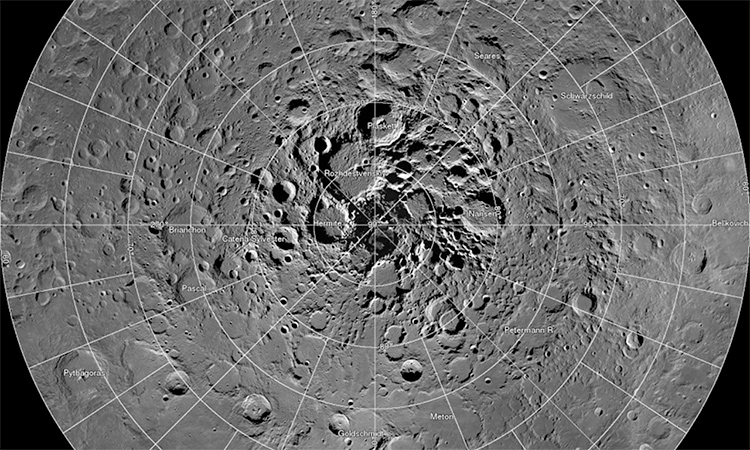 There may be far more water on the moon than previously thought, according to two studies published recently.

The whole world went into raptures when Neil Armstrong became the first astronaut to set foot on the moon 51 years ago.

One of the world’s largest lunar meteorites was scheduled to go on private sale at Christie’s in June this year, valued at £2 million ($2.49 million).

The moon rock, weighing over 13.5 kg, was probably struck off the surface of the moon by a collision with an asteroid or comet and then showered down on the Sahara desert.

It is an actual piece of the moon. It is about the size of a football, a bit more oblong than that, larger than your head.

Little wonder then that the expression ‘over the moon’ means utterly delighted. The moon also is believed to have an effect on the mind, specially those romantically involved. To be moonstruck means either to be insane or sentimental in matters of the heart.

Now new research has shown something interesting. There may be far more water on the moon than previously thought, according to two studies published on Monday, raising the tantalising prospect that astronauts on future space missions could find refreshment – and maybe even fuel – on the lunar surface.

The moon was believed to be bone dry until around a decade ago, when a series of findings suggested that our nearest celestial neighbour had traces of water ice in permanently-shadowed craters at its polar regions.

If this water could be extracted, it could give astronauts travelling to the moon and beyond access to drinking water. They might even be able to split the molecules to make rocket fuel.

That is of particular interest to Nasa, which is planning a human mission to the moon in 2024 and wants to build a sustainable presence there by the end of the decade to prepare for onward travel to Mars.

The new study was able to “unambiguously” distinguish the spectral fingerprint of molecular water in a sunlit area.

Previous research has found indications of water on the sunlit surface – but these were unable to distinguish between water (H2O) and hydroxyl, a molecule made up of one hydrogen atom and one oxygen atom that is a common drain cleaner on Earth.

Researchers also looked at the Moon’s polar regions, where water ice has been detected in lunar craters that never see sunlight.

Nasa in 2009 found water crystals in a deep crater near the Moon’s southern pole. But the new study found evidence of billions of micro-craters that could each cradle a minuscule amount of ice.

“If you were standing on the Moon near one of the poles, you would see a whole ‘galaxy’ of little shadows speckled across the surface,” said lead author Paul Hayne of the Department of Astrophysics at the University of Colorado.

Water could be much more widespread on the moon than previously thought.

Samples from these cold traps could tell us more about how the Moon – and even Earth –got its water.

Jacob Bleacher, chief exploration scientist for Nasa’s Human Exploration and Operations Mission Directorate, said it was crucial to find out more about where the water came from and how accessible it is.

“Water is extremely critical for deep space exploration. It’s a resource of direct value for our astronauts,” he told reporters, adding it was heavy and therefore expensive to take from Earth.

In September, Nasa launched an effort to pay companies to mine resources on the moon, announcing it would buy from them rocks, dirt and other lunar materials as the US space agency seeks to spur private extraction of coveted off-world resources for its use.

Truly researchers seem to be knuckling down when it comes to moon research. And perhaps even over the moon where the study discoveries are concerned. 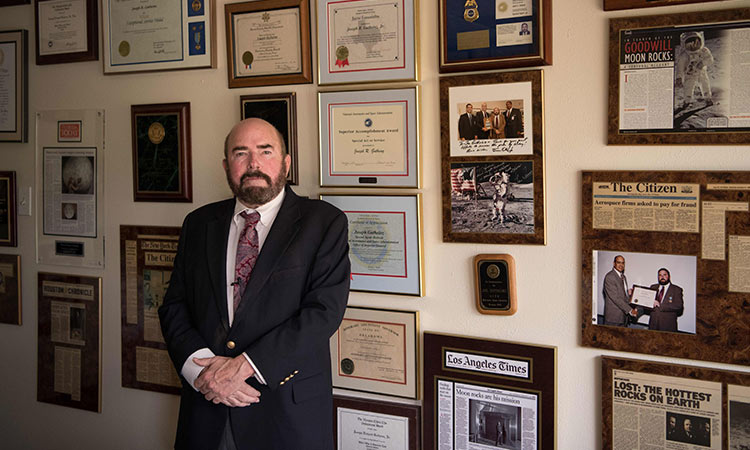 'Moon Rock Hunter' on quest to track down Apollo gifts

Dozens of the "goodwill" moon rocks — some only the size of a grain of rice, others as big as a marble €— have since gone missing, and Joseph Gutheinz Jr is on a mission to find them.