Rediscovering the benefits of camel milk 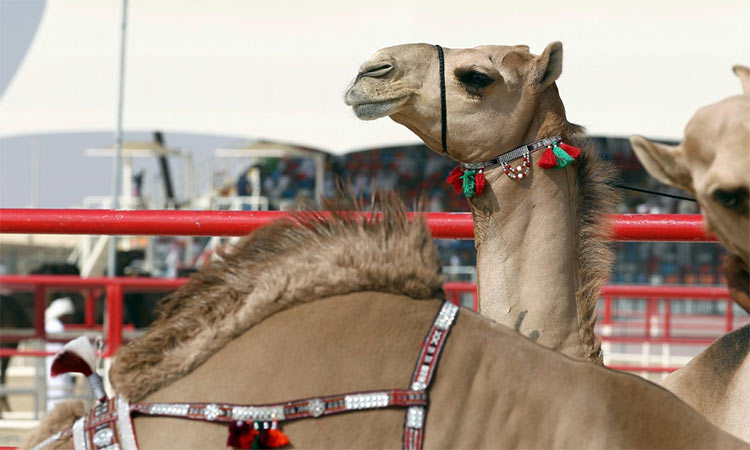 Several studies on camel milk have found its positive impact on autism, diabetes, liver disease, jaundice and even cancer.

The stirring story of how a desperate mother’s tweet led to a train in India making an unscheduled stop during the lockdown to deliver camel milk to her 3.5-year-old autistic son who had severe food allergies captured the hearts of many!

On April 4, a Mumbai mother made a desperate plea to the Indian Prime Minister Narendra Modi to get her camel milk or powder from Rajasthan as her stocks were depleting and her son could only digest camel milk products.

Seeing this, an Indian Police Service officer Arun Bothra reached out to the Indian Railways. An unscheduled stop was arranged for a parcel train at Falna station in Pali district of Rajasthan. It picked up 20 litres of frozen camel milk and 20 kg milk powder and the parcel finally reached the family on April 10. The media and netizens were full of praise for Bothra and the Indian Railways.

This brings us to the age-old story of the wonderful benefits of camel milk that resonates in the desert regions of the world, especially here in the UAE.

As a Mongabay-India report points out the benefits of camel milk have always been known to their rearers. They survive on it when out grazing their caravans for days. Several studies on camel milk have found its positive impact on autism, diabetes, liver disease, jaundice and even cancer. The milk is high in vitamin C, many minerals and immunoglobulins, which boost the immune system.

The report states that earlier studies on human and animal trials found that consumption of camel milk helped in cases of diabetes, cancer, colitis, Salmonella infections, heavy metal and alcohol-induced toxicity, and autism. However, the review points out that the current evidence is limited and more, better-designed studies need to be done.

India’s camel population has declined by 37% over the last seven years because they are no longer needed for transport or farming. The Mongabay-India report explains that the business of camel milk is crucial for the survival of Indian camels, which has fallen out of favour over the years as a draught animal.

Rajasthan, which holds the maximum share of camel population in the country, declared it the state animal in 2014 and banned its sale or movement outside the state due to concerns that it was being slaughtered for meat. This further dented the market.

Camel milk was not classified as an edible substance until December 2016, when authorities came out with standards for camel milk to be sold commercially. The decision came after a sustained campaign by non-governmental organizations and camel breeders’ groups and subsequent support of the Gujarat government for the same.

Today, small dairies are operating from Jaipur, Jaisalmer, and Pali in Rajasthan. Milk is supplied to local and inter-state customers in metro cities, but there is no organized market. In Gujarat’s Kutch region, the scale is bigger due to dedicated milk plants and the Gujarat Cooperative Milk Marketing Federation (GCMMF).Several small dairies and big companies like Amul are selling camel milk and its products to cities, but there are many gaps. Products like chocolate, ghee, cheese, skin creams and soaps are also being made from camel milk.

Here in the UAE, camel milk has always been  upheld as one of the most nutritious dairy products as it contains proteins and is rich in vitamins, especially those that are vital for the desert inhabitants, making up for the shortage of fresh vegetables and fruit. Also experts highlight that drinking camel milk helps quench thirst for a long period of time as it consists of nearly 88% water. Desert inhabitants here have it mixed with dates to make it a complete, high-calorie and nutritious meal. Dairy companies in the UAE plan to boost supply of camel milk to the local market to meet the growing consumption and turn the country into the world’s third biggest market producer of the product.