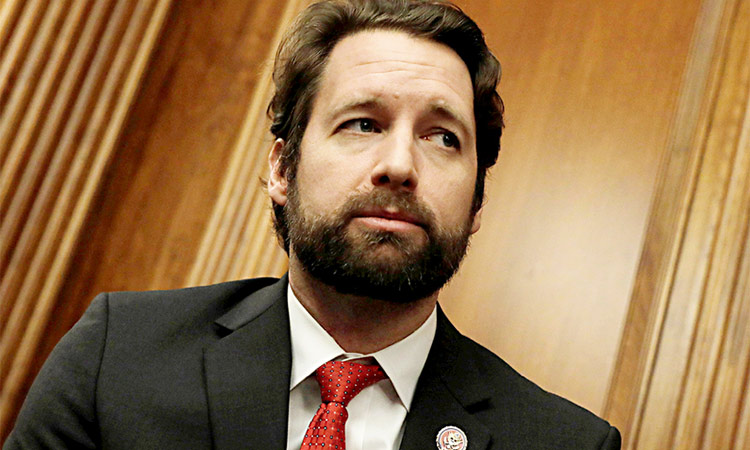 
Congressman Joe Cunningham of South Carolina’s 1st Congressional District has a target on his back.

“He impeached President Trump. That’s all you need to know,” said one older gentleman who emerged from the Beaufort County election board office on Friday after casting an early ballot for Cunningham’s GOP opponent, state congresswoman Nancy Mace.

The man, who declined to provide his name, was, however, kind enough to give a roughly seven-second interview to The Independent as he walked back to his truck parked in the grass 20 yards away under a live oak tree common to these parts of South Carolina.

“Trump, Graham, Mace. All the way,” he said, gunning the engine, engaging the wipers to whisk away a line of acorns that had settled in the crevice between the hood and the windshield, and peeling out of the lot with a jovial parting message: “Thanks and God bless you!”

One of 31 House Democrats who represent congressional districts Donald Trump carried just four years ago, Cunningham VV whose allies insist she has re-unified the district’s bloc of conservative-leaning voters that splintered after a contentious GOP primary last cycle.

Mace plus at least 17 other Republican congressional candidates across the country need to nab seats from Democratic incumbents to reclaim a House majority. It’ll need to be even more than that if Republicans lose any seats they currently hold, which elections experts project is likely to happen.

In the 2018 primary in South Carolina’s 1st District, conservative upstart Katie Arrington outflanked incumbent Congressman Mark Sanford by pledging her undying allegiance to the president, of whom Sanford had long been critical for his crude remarks about women and various minority groups.

But a crucial slice of Sanford’s supporters — unwilling to vote for Arrington, the spoiler candidate — either sat out the general election or cast ballots for Cunningham.

He won by less than 4,000 votes out of nearly 290,000 cast, making him the first Democrat in almost four decades to represent South Carolina’s 1st Congressional District, which snakes along the Atlantic coastline from down here in Beaufort County all the way up to Charleston, the Palmetto State metropolis of more than 400,000 people.

The question on everyone’s mind: is Mr Cunningham a one-hit wonder, or is he the real deal?

If it’s going to be the latter, Gail Williams, 78, who has lived in Beaufort County for 49 years, is the kind of voter he can’t afford to lose.

Williams voted for Sanford in the 2018 GOP primary and then Cunningham in the 2018 general election, but she has cast an early ballot for Mace this time around, she told The Independent after exiting the Beaufort County election board office on Friday.

“It’s not like I don’t like Joe. I do. I don’t think he’s [House Speaker Nancy] Pelosi’s lap dog like they say he is,” Williams said. “But I really only voted for him last time because I didn’t like how the Republicans treated Mark Sanford just for standing up for what he believed in.”

Williams said she also voted for Trump even though he has “a potty mouth” and for Senator Lindsey Graham because she is a fan of how he has helped shepherd conservative Justices Brett Kavanaugh and Amy Coney Barrett onto the Supreme Court.

If Cunningham wants to keep winning elections in the district, that will depend on whether some rural voters with electoral pedigrees like Williams’ keep drifting away from the Republican column or whether they eventually return.

But he’s also relying once again on running up the score in urban and suburban Charleston County, the only county (out of five in the district) he carried over Arrington in 2018. It’s by far the most populous, the most black, and the most liberal — all attributes that usually help Democrats.

While Mace and the House GOP’s campaign arm have assailed Cunningham for aligning with Pelosi on roughly 90 per cent of votes this Congress, including voting to impeach Trump, who carried the district by 12 points in 2016, Cunningham has pitched himself as a moderate outsider who doesn’t just automatically fall in line with party leadership’s position.

His campaign slogan here in Beaufort and elsewhere in the southern half of the district is “Lowcountry over party,” referring to the rural swath of farmland and marshland sweeping this portion of the state.

He voted against his own party’s $3trn COVID-19 relief package in July because it stood no chance of passing the Senate, never mind being signed into law by Trump. He later joined 25 Republicans and 24 other Democrats in the bipartisan Problem Solvers Caucus to propose a framework for a compromise package with more realistic odds of garnering cross-party support.

State Representative Michael F Rivers Sr of Beaufort suggested in an interview with The Independent that Cunningham’s willingness to buck his party on such high-profile votes should show voters he’s an “independent thinker.”

“It’s not just a campaign slogan,” Rivers said. “Joe really does put the Lowcountry over the Democrat or Republican label.”