Majority of Americans are fearful of post-election violence - GulfToday 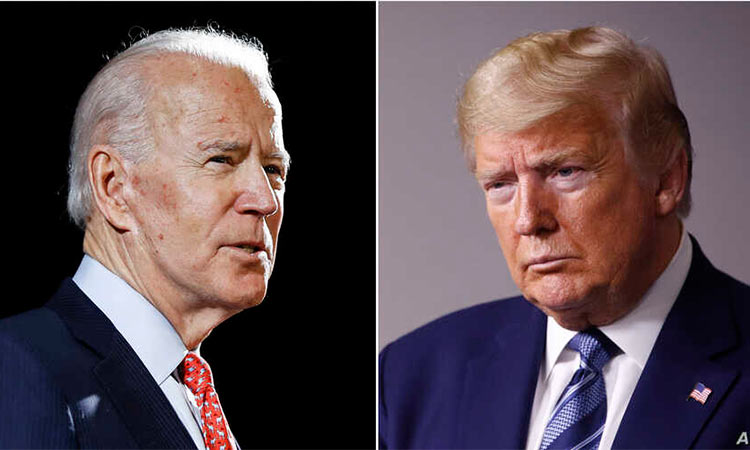 Almost three in four voters, 72 per cent, describe themselves as very or quite concerned about post-election violence, according to a JL Partners-Independent poll. More than 70 per cent of both supporters of Donald Trump and Joe Biden, the Democratic presidential nominee, said they have such concerns.

Worries are higher among the president’s backers, with 77 per cent saying they fear violence and riots. Among the former vice president’s supporters, 73 per cent described worries. Such fears appeared directly linked to Americans’ concerns that it will not be clear by 4 November who won the presidential race.

More than two-thirds of those surveyed, 68 per cent, said they are “very or quite concerned” about the election’s results not being clear.

The results also seem linked to another widely held fear: the election has not been free or fair of interference. Sixty-six per cent of those surveyed have such concerns after Trump for months has hammered a loud and consistent message that mass mail-in ballots are less secure than formally requested absentee ones.

What’s more, Democrats have raised concerns about Trump’s recent comments about sometimes-violent white supremacist groups like the Proud Boys. The president claimed on 30 September to not know much about that group, despite the previous night during the first presidential debate asking its members to “stand back and stand by” when asked to condemn all such groups.

The remark was one of the most powerful from that debate. Moderator Chris Wallace of Fox News asked Trump if he would be “willing to condemn white supremacists and militia groups”.

“I’m willing to do that,” the president said. But he instead brought up ongoing Black Lives Matter protests, adding: “Almost everything I see is from the left wing, not from the right wing … I want to see peace.”

Wallace and Biden at one point both pressed the GOP president to condemn the Proud Boys and other groups. The president hesitated, then said: “Proud Boys, stand back and stand by. But I’ll tell you what, I’ll tell you what, somebody’s got to do something about Antifa and the left because this is not a right-wing problem, this is a left-wing problem.” Proud Boys members, some of whom have been showing up to race-based protests armed, celebrated Trump’s debate comments.

Meanwhile, protests are already being planned across the US if the president challenges the election result. A coalition entitled Protect the Results claims to have 250 rallies ready to go from Las Vegas to Florida.

One pro-democracy group also is raising concerns. “As Election Day nears, President Trump has increasingly threatened to instigate voter intimidation. First, he has insinuated that he will deploy law enforcement officers or call up the National Guard to root out election-related crimes at the polls. The president has abused his authority over law enforcement before,” the Brennan Center for Justice said in a statement.

“Federal and state laws clearly prohibit any deployment of the military, law enforcement, or vigilantes to the polls to intimidate voters or engage in any operation unrelated to maintaining the peace while elections are being held,” the center added. “It is important to call out Trump’s comments for what they are: not just calls for illegal action but also attempts at voter suppression. Voters should not be intimidated.”