Don't treat those who stammer like the virus - GulfToday 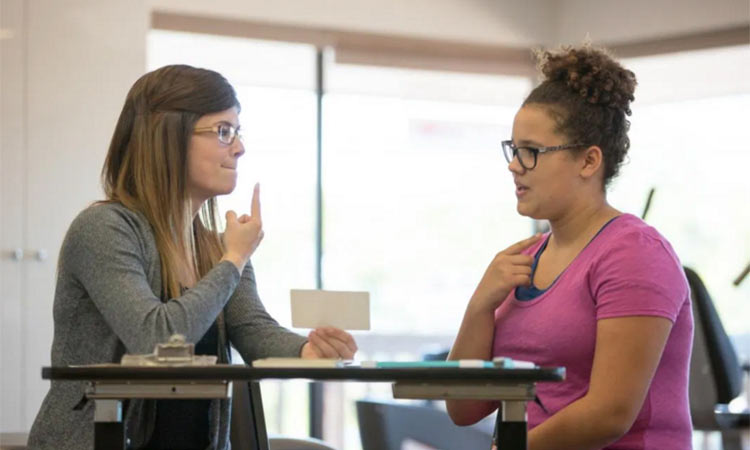 A speech therapist can help a person manage situations in which stuttering gets worse.

A speech impediment can be very disheartening. Those of us who speak normally fail to understand the depth of the woes of the stammerer or stutterer. More than 70 million people worldwide are reportedly stutterers. In the US, more than 3 million people stutter. There is a day dedicated to raise awareness on the defect: International Stammering Awareness Day (ISAD) happens on 22nd October every year. Stuttering is a biological and neurological condition that is caused by several triggers, among them genetics. A host of stammering groups around the world organise events to mark the day.

Having a stammer can have a major effect on one’s mental and emotional well-being, even self-esteem. Daily activities can be a tough task.

Children who stammer are particularly hard-hit. Interacting with their classmates or teachers can be a big issue. They are either made fun of or bullied for their handicap. Forget talking on the phone, saying things like ‘My name is...’ or ‘May I have a cup of tea?’ can be a weary, stretched out exercise, affecting both the speaker and the listener.

Some famous figures are said to have begun their lives stammering. King George. VI was a notable example. He had a stutter that made public speaking a big headache for the monarch. With speech therapy he managed to overcome the hurdle, something played with great  finesse by Colin Firth in the movie The Kong’s Speech.

The actor has had a long battle against stammering. In an interview he said he dealt with it like a ‘superstar’ and emerged victorious. The fight against it is a constant one, he said, he still practises every day.

He was also approached to be the Brand Ambassador of the Indian Stammering Association (ISA). The actor has confessed that the problem has not been completely wiped out as he still stutters sometimes. Normal people need to fathom the gravity of the situation and not bully those who stammer as it leaves a grave and negative impact on their lives, he remarked. The star would utter particular words and make speeches even after becoming a celebrity.

Such was his predicament that he had to virtually struggle to utter the word ‘Dubai’ when he visited the emirate to address an event. Eventually he did succeed.

Even Democratic Presidential candidate Joe Biden used to stammer. He was mocked by classmates and a nun in Catholic school for his speech handicap— he struggled for years to cope with the problem. Biden inspired a teenaged boy Brayden Harrington to beat his stuttering. “It’s really amazing to hear that someone became vice president” despite stuttering, Brayden said.

“And in a short amount of time, Joe Biden made me feel more confident about something that’s bothered me my whole life. Joe Biden cared. Imagine what he could do for all of us,” he remarked.

We all look up to role models. Inspirational figures show us how to deal with life’s challenges – and emerge a better person.