This is what Trump thinks of Democratic voters - GulfToday 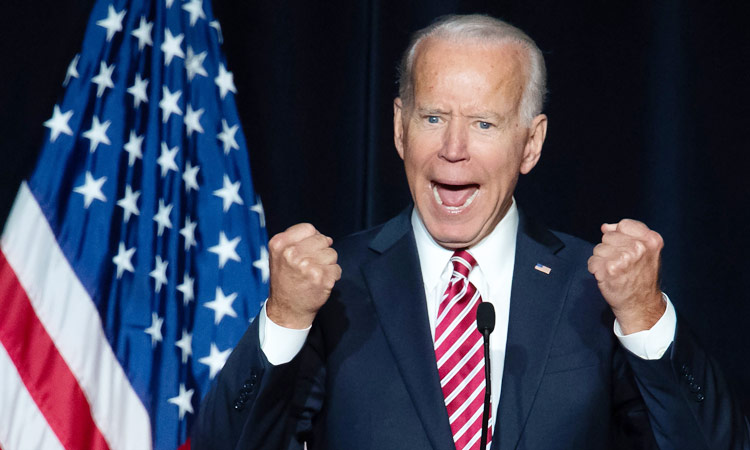 The second debate in Nashville between Republican President Donald Trump and Democratic candidate Joe Biden was much less chaotic, and much less revelatory, than the first one at the end of September. Trump’s constant interruptions in the first contest prompted a rules change allowing this debate’s moderator, NBC News’ Kristen Welker, to cut the microphone of candidates not speaking. Forced into periods of silence, Trump was unable to display the full vastness of his incoherent boorishness. The new rules helped him hide who he is, at least somewhat.

There were still plenty of moments where he had a chance to tell on himself, though. One of the most blatant of these was when Biden pointed out that Trump and the Republican Senate had refused for months to pass the House’s Covid relief bill, the Heroes Act.  The act would provide bailout funds for state and local governments, puts a moratorium on evictions, provides more money to businesses and distributes up to $1200 checks to individuals. It’s a $3.4 trillion package. If it passed, it would be the largest Covid relief measure so far appropriated by Congress.

Trump claimed he wanted to approve additional aid. But he said that he would not endorse the Heroes Act because it includes a “bailout” for irresponsible Democratic states. This is a common refrain on the president’s favourite network, Fox News. There, Sean Hannity, Laura Ingraham, and other hosts constantly attack the Heroes Act for rewarding Democratic states for running deficits. They also claim it rewards Democratic states for putting in place social distancing measures, which have saved lives, but which the right perversely insists are unnecessary. Trump also said that the Heroes Act was unacceptable because it would include money for immigrants — a group it’s no secret Trump has demonized throughout his presidency.

It was one of the few times in the debate that Trump directly and succinctly answered a question put to him, and it’s a telling response. Republicans in general, and Trump in particular, are not motivated by a desire to help people. They are motivated by a burning fear that their enemies will somehow, in some way, receive money or aid that they do not deserve. These enemies include Democrats, immigrants, people who criticize the president, and anyone who is not a rich, white, cisgender, heterosexual male evangelical.

Republicans want to destroy their foes much more than they want to help anyone, including their friends. That is why Republicans in government have been paralyzed by the coronavirus, a public health crisis which requires a collective response.

South Carolina Senator Lindsey Graham, for example, said he was worried that too much aid would incentivize people not to go into work. Republicans are stingy and vindictive as a matter of principle; their whole hearts are set on harming the supposedly undeserving. As a result, they cannot see that during a pandemic, everyone needs help, and that refusing to aid Democrats, or immigrants, or the poor during a public health crisis harms us all.

Joe Biden, in contrast, was quick to position himself as a problem-solver intent on helping and empathizing with every single viewer. “I don’t see red states and blue states. What I see is American, United States,” he said, and added that every state, no matter how it voted, was in trouble and needed federal help.

Trump, though, can’t even be bothered to pretend that he cares. If you’re a Democrat, or an immigrant, or someone who is not already on his side, he isn’t interested in talking to you, or in helping you. It seems like a particularly poor message in the middle of an ongoing public health crisis that has claimed somewhere around 300,000 lives. We’ll see if it has worked for Trump in about 11 days.