Biden could be bad news for Boris Johnson’s Britain - GulfToday

Biden could be bad news for Boris Johnson’s Britain

Be careful what you wish for. The defeat of Donald Trump and his replacement by Joe Biden might well be a triumph for human decency, good for America and for the world. But would it be so great, in purely selfish terms, for the British interest?

It’s not obvious that Joe Biden is going to do Britain – or, more accurately, Boris Johnson’s Britain – any great favours. For a start, as a loyal member of the Obama White House, and one who enjoyed a close and affectionate relationship with the former president, Biden may recall a particularly offensive remark that Johnson made about Obama in 2016.

Just as the Brexit bandwagon was rolling, Barack Obama was in London to see David Cameron (then the Conservatives’ Remain prime minister, don’t forget) and dispense a little advice to an old ally about Brexit. The president offered the view that the UK would be at the “back of the queue” for any trade deal with the US. It wound the Brexiteers up a bit, though it seems to have had a grain of truth in the light of recent experience.

Johnson was Mayor of London at the time and, in spiteful mood, used his great authority to write a column in The Sun. He seized on a half true story about Obama sending a bust of Winston Churchill that was in the Bush Oval Office back to the British Embassy. Laced with innuendo, it could scarcely have been more cringingly offensive. “No one was sure the President had himself been involved in the decision,” wrote Johnson. “Some said it was a snub to Britain. Some said it was a symbol of the part-Kenyan president’s ancestral dislike of the British Empire – of which Churchill had been such a fervent defender.”

Well, “some say” Johnson was a fool to write that at the time. With hindsight, it will do him no favours with President Biden, whose ancestry contains plenty of Irish, by the way. (Some also say the truth is that the bust was moved to outside the Treaty Room, another prominent location where it was seen by the president every day, and that Obama felt that a bust of Martin Luther King was more appropriate.)

Johnson and his cabinet had better hope that, if he wins, Biden has a senior moment and forgets about Johnson’s cowardly little column when they have their first meeting. Unfortunately for Britain, there will be a lot of ex-Obama staffers running the administration who will happily remind President Biden about the British premier. Ben Rhodes, for example, ex Deputy National Security Adviser, who recently quote-tweeted a UK newspaper headline, “Panicking No10 dumps Trump and woos Biden”, adding: “I’m old enough to remember when Boris Johnson said Obama opposed Brexit because he was Kenyan.” As for Obama himself, according to Rhodes, he thinks Johnson is just “Trump with better hair”.

Biden probably doesn’t like Johnson. He certainly doesn’t like Brexit, doesn’t think it has been good for Britain, Europe or America, and said in 2018 he’d have voted Remain as an MP or voter. He shares the Obama view on Johnson, as with so much else. Moreover, Biden shares the general Democrat revulsion at what Brexit is doing to the Good Friday Agreement and the Irish peace process. Nancy Pelosi and many others have warned Britain that they can do anything, but they’d better not tread on their green suede shoes if they want any kind of trade deal.

Trump was an aggressive “America First” protectionist who would have only given the UK a sweetheart deal in some maverick moment of madness, which was possible but wouldn’t have made it through Congress. Biden is more the globalist, but won’t reverse Trump’s new Nafta replacement. Overall though, the prospects of America coming to Britain’s rescue after Covid and Brexit, always slim, are about to get a little worse. 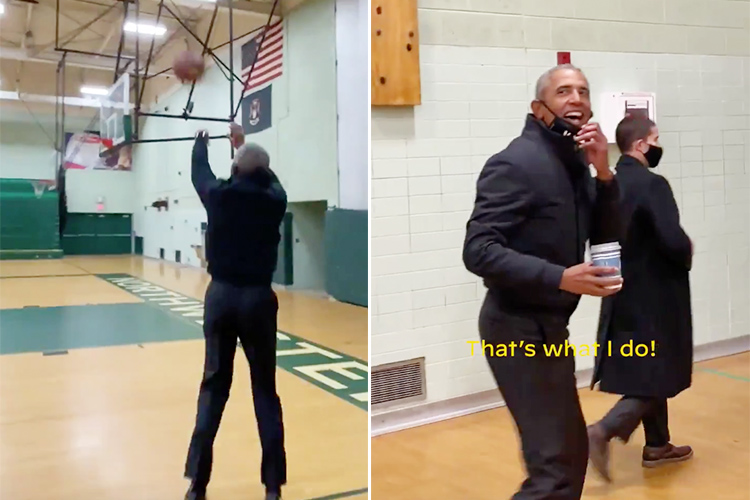 In recent weeks, Boris Johnson’s allies began to prepare the ground for a Joe Biden presidency. They argued that, while there might be some short-term turbulence, the two men would have more in common than we might think.