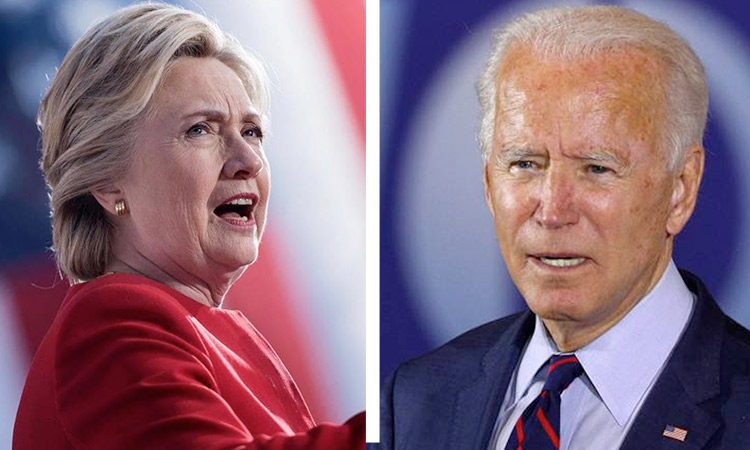 Turn on Fox News for no more than a few minutes and you’re likely to hear right-leaning cheerleaders repeat the old canard about inaccuracy of statistical election prediction. “The pollsters got it wrong in 2016!” The obvious implication being that Donald Trump trailing by 10 points in national polls with three weeks until the election is nothing to worry about. Right.

Like soldiers about to be led to a slaughter, Trump’s supporters desperately need assurance that the battle can be won, lest they desert their posts. On the other hand, Biden might be inclined to look at the polls and coast all the way to the November 3.

He’s a fool if he does. Election strategists like me shout at our clients until we’re blue in the face about the dangers of early victory laps, especially in a case like this. The numbers do actually spell out a potential path to another Trump term without a popular mandate.

Of course, the pollsters did get it wrong four years ago. When all the votes were counted, Hillary Clinton defeated Trump in the popular vote by 2.1 percent (48.2 percent vs. 46.1 percent.) If we look at the predictions of pollsters on the eve of the election, using the aggregator on the site fivethirtyeight.com, we find that Clinton was expected to defeat Trump by 3.9 percent (45.7 percent vs. 41.8 percent.) So they were off by 1.8 percent, which is within the margin of error.

But, as by now the whole world knows, the presidency is not decided by the popular vote, rather on a state-by-state winner-take-all basis. Trump founded his 2016 victory on clever bets triggered by misleading polling data on the state level in some unexpected places, especially the midwest.

The state of Wisconsin was the most notable example. It had been reliably in the Democratic column for every presidential election subsequent to Ronald Reagan’s 1984 landslide. Barack Obama carried the state with a whopping 14 points in 2008 and 7 points in 2012. 2016 polling in Wisconsin showed Hillary with a 5.9 percent lead on the eve of the election.

But the pollsters got it wrong. Bigly. As it turns out, Trump had hidden strengths there, particularly in areas with high unemployment. He flipped 22 out of 72 counties from the Obama column and won the state by almost a whole percentage point. Hillary was left with her jaw shattered on the floor.

When we look state by state and calculate the 2016 differential, then apply that differential to the current 2020 polling, the race becomes much closer than it appears. Ironically, Trump’s simple-minded cheerleaders who pin their hopes on bad polling might actually be right.

Based again on the data on fivethirtyeight.com shown here, Trump could potentially retain his 2016 victories in Iowa and North Carolina as well as Georgia. Still, that would give him only 219 electoral votes — 41 short of what he needs. In Pennsylvania, Trump trails Biden by 7.4 percent, seemingly out of reach of snagging those 20 electoral votes.

So what’s the conclusion? Slightly more accurate polling than in 2016 means Trump is finished. Even then, he’d have to have a Pennsylvania ace up his sleeve. In any case, the Biden camp should learn from perhaps the most compelling case of campaign consultant malpractice in history and do what Hillary’s team didn’t: undertake in those key swing states the most comprehensive out-of-the-box polling effort that the world has ever seen. Only if the Democrats pour their time and money into seemingly secure areas that might have the slightest chance to surprise — as Trump brilliantly did in Wisconsin in 2016 — can they ensure that he won’t pull another rabbit out of a hat.