Hating yourself for hating Trump? - GulfToday

Hating yourself for hating Trump? 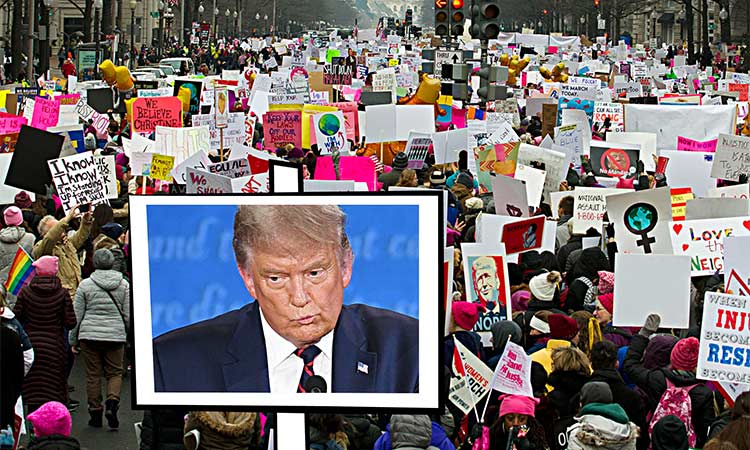 President Donald Trump who has had a full presidential term to prove that he is redeemable has failed repeatedly. Gulf Today political team sheds light on why the vote could be the closest thing Americans have to a vaccine

Hate. It’s the other pandemic. It’s a contagious virus that easily infects people afflicted by the preexisting conditions of ignorance and fear. Now, under the influence of the superspreader known as the president of the United States, almost no one is immune. Even people who have tried to resist the ugliness of hating other human beings are succumbing in ever greater numbers.

The other day — around the time Donald Trump left the hospital infected with a virus that has killed 210,000 Americans due in part to his actions, after he cockily and dangerously assured the nation not to be afraid of the disease, after years of his defilement of basic decency — a friend of mine posted an admission on social media.

“For most of my life, I didn’t hate anyone,” he wrote. “I was proud of that. Now I hate Trump and his enablers. I hate them for their racism, cruelty and criminality. I hate them for trying to destroy our democracy and steal my family’s future. And I hate them for making me a hater like them.”

I read that and I winced. Not because he’d said something he shouldn’t, but because I identified. I’ve never felt hatred before, for anyone, including politicians I didn’t like. The very word — hate — feels vile.

And yet under the tyranny of Trump I find the feeling flickering into my brain. I try to fight it off, but it’s hard to do, like fighting off a nasty cough. A lot of people can relate.

“I understand,” one person replied to my friend’s post. “I don’t even recognise the part of myself that feels this way.”

“I am angry that I hate Trump,” said another. “It makes me no better than him.”

“I feel the same,” wrote someone else. “But our baseline isn’t hate. I think what we’re feeling is outrage at the injustice & unnecessary suffering. That and crises exhaustion. It’s not the same as being an amoral monster.”

It’s nice to think that what feels like hate is really just exhaustion. But is it?

Some dictionaries define hate as nothing more than intense dislike, but that doesn’t do justice to the word that is our current contagion. I hate leaf blowers and pumpkin spice lattes and misplaced apostrophes, but that emotion is really just annoyance.

Philosophers through the ages have spent a lot of words trying to define hate. Some say hatred includes a desire to harm other people, to dominate or eliminate. I asked my friend how he defined hate as he used it in his post.

“Hate, to me, means wishing ill on people, hoping bad things happen to them, believing the Earth would be better without them,” he said. “This is just my personal view, but it has a lot to do with redemption. When I say I hate Trump, I am saying he has done damage to me and the people/things I love and is simply irredeemable.”

Trump has had a full presidential term to prove that he is redeemable. He has failed, over and over. And to Americans of any political party who value honesty, decency and fairness in a leader that is very scary.

Trump, with his constant assault on what we call “norms,” has given us great, reasonable cause to be afraid. And fear, especially when mixed with futility, leads to hate.

But here’s one problem with hatred: It feels bad. It feels wrong. The hatred expressed by white supremacists is more dangerous than the hatred aimed at Trump and his enablers, but hatred is hatred, and it’s never good.

So what should we do with these ugly feelings? You can’t simply tell yourself not to feel what you feel. But it’s Self-Help 101: Look at what you feel. Acknowledge it. Then look for healthy, helpful ways to feel better.

The vote is the closest thing we have to a vaccine.