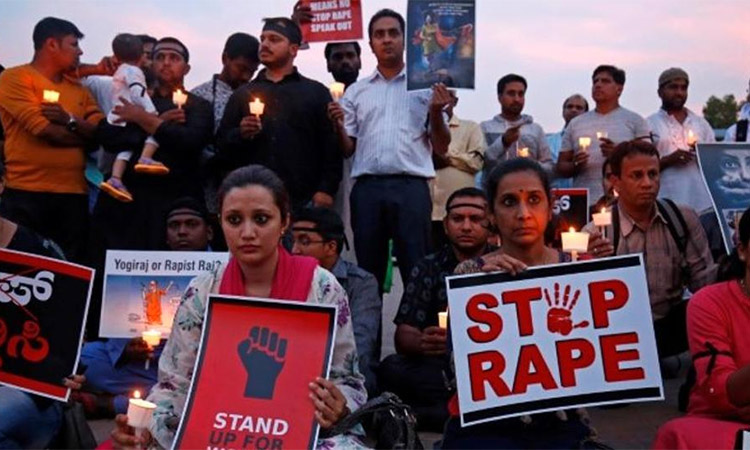 The gang rape occurred in a village near Hathras, about 200 kilometres from Delhi, on September 14. The victim, a 19-year old Dalit, was admitted to hospital in Aligarh in a serious condition the next day.

She was shifted to Delhi’s All India Institute of Medical Sciences on September 28 as her condition deteriorated. She died there.

On learning about her death, members of the Congress party’s women’s wing staged a protest outside the AIIMS.

In her statement to the police, the teenager had said four “upper caste” men had sexually assaulted her.

UP police claimed the post mortem report did not mention rape. But its conduct showed it had something to hide. It refused the victim’s family a copy of the report.

Within hours of the arrival of the woman’s body at her village, the police took it away forcibly and burnt it secretly at the dead of night.

A 300-strong police contingent locked down her house and took away family members’ phones to block contact with people outside.

Journalists covering the developments said their phones were tapped.

A video circulating in the social media showed District Magistrate Praveen Kumar Laxkar holding out a veiled threat to the family.  “The media will go, only we will be here,” he told them.

They were able to meet the bereaved family only after police lifted the siege on Sunday. UP police also turned back a group of MPs belonging to West Bengal’s Trinamool Congress, led by Derek O’Brien.

“I am Dalit today,” said TMC Chief Minister Mamata Banerjee as she joined a street protest in Kolkata.

He also announced a solatium of Rs 2.5 million to the victim’s family, and offered it a house and a job for one of its members. On Sunday he decided to hand over the case to the Central Bureau of Investigation.

Priyanka Vadra  said Adityanath had forfeited the right to be Chief Minister. Several others, including former UP Chief Minister Mayawati, demanded his resignation.

Jantar Mantar soon emerged as the scene of Delhi protests. Priyanka Vadra and actor Swara Bhasker were among those who joined the protest there.

Jantar Mantar was the venue of the 2012 marathon protest seeking justice for a gang rape victim whom the media had code-named Nirbhaya (meaning fearless) in view of the law banning naming of sex crime victims.

The court directed the District Magistrate and Superintendent of Police to appear in person this week.

On Saturday Director-General of Police HC Awasthy and Additional Chief Secretary (Home) Awanish Awasthi went to the victim’s house, s at cross-legged on the floor and told the family the case would be investigated properly.

UP is India’s largest state and also one of the most backward. In the National Crime Records Bureau’s report for 2019 it tops in crimes against women and girl children.

It had witnessed the earliest cases of lynching in the name of cow protection. After Adityanath, head priest of the Goraknath temple, became the Chief Minister in 2017, there was deterioration in the law and order situation.

Kuldeep Singh Sengar, a former BJP legislator, was accused of raping a woman in Unnao, and also killing her and her father. As the state police dragged its feet, the Supreme Court entrusted the investigation to the CBI and transferred the case to a Delhi court, which found Sengar guilty and sentenced him to life imprisonment.

After Hathras, a case of gang rape and murder was reported from Balrampur.

The BJP has the dubious distinction of having the largest number of MPs and MLAs facing cases involving crimes against women. Narendra Modi, who has spoken of making India safe for women, has said nothing about the Hathras horror and the gross insensitivity displayed by the UP administration in the matter.  Silence solves no problems. 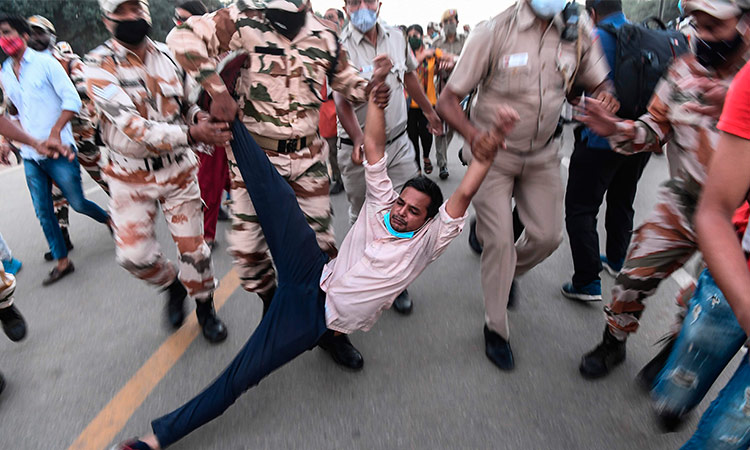 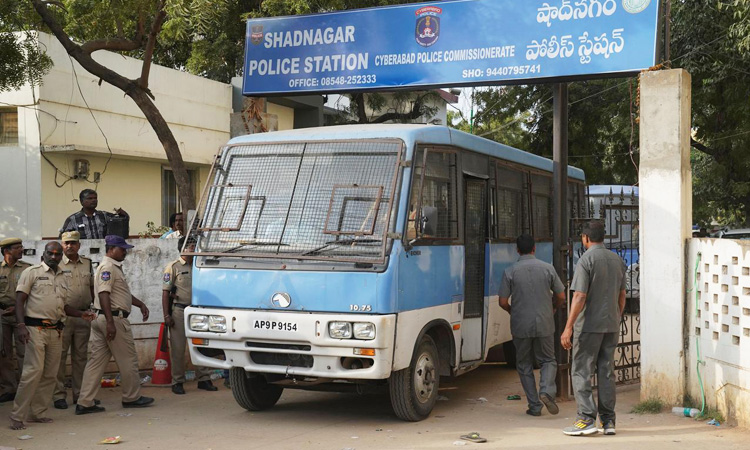 Indian police shot dead four men on Friday who were suspected of raping and killing a 27-year-old veterinarian in the southern city of Hyderabad last week, a senior police official told Reuters.