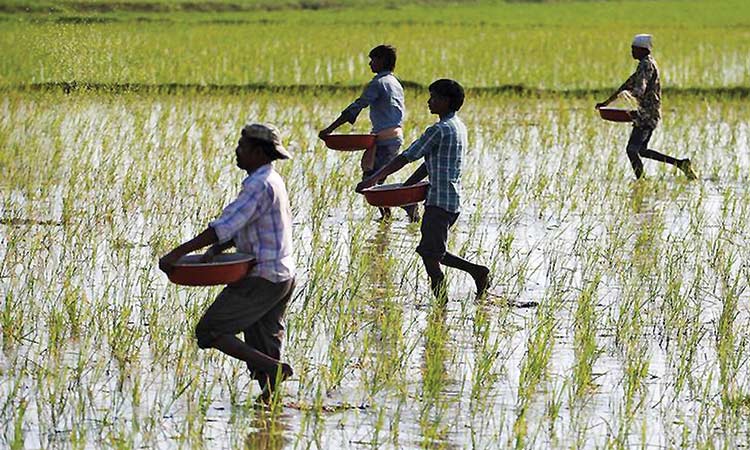 After retirement from the army, my father took up farming at Village Shahpur, on the Pinjore-Nalagarh Road, in Haryana. After every wheat harvest, my mother used to cart the wheat herself on the tractor to the Chandigarh mandi. She used to wait for hours, sitting in the tractor, in the hot sun at the mercy of the ‘Arthiyas’ at the Mandi to purchase the wheat.

It was harassment of the highest degree; the arthiyas would always blackmail the farmers. These arthiyas had converted the mandis into dens of monopoly. The mechanism which was created to protect the farmers ended up throttling them. Not much effort was made in developing any infrastructure for collection and the farmers were always at the receiving end.

With the passing of the momentous Farmers’ Produce Trade and Commerce (Promotion and Facilitation) Act, 2020 and the Farmers (Empowerment and Protection) Agreement of Price Assurance and Farm Services Act, the position will now change in favour of the farmers who will be no longer be at the mercy of the middle-men and arthiyas.

The Modi government is on the path of transforming farmers into entrepreneurs with better incomes and quality of life. These reforms will greatly benefit farmers, processors and also the consumers. The reforms lay down stringent safeguards to protect the farmers from any blackmail or malpractices and will ensure competition and more efficiency in the market system and also give the freedom of choice to the farmers to sell their produce any-where in the country, since the country will now be one market.

There will be competition to arthiyas who will now be in no position to fleece the farmers, who will now have several avenues to sell their produce. There will be backward linkages with the food processing industry. Farmers will now be able to plan their investments in the shape of contracts with companies for contract farming, providing crop advisories and inputs with an assured buy back at assured prices.

The Agricultural Infrastructure Fund will enable them to invest in farm infrastructure and acquire better equipment for achieving better yields. The Government will also assist in promotion and provision of technology and advice as per the market demand to achieve better quality, quantity and profitability. With a large number of farmers registered under each FPO, farmers can enter in agreements with leading companies for better terms and conditions and, consequently, better incomes.

The agricultural reforms, coupled with analyzing market trends and demands, will empower the farmers to shift to growing crops and fruits with increasing demand in lieu of or in addition to what they are already producing -- a great step to achieve an Atamanirbhar agriculture.

The farmers will also get an opportunity to link-up with agri-businesses who will procure directly from the farmers and be able to run their operations effectively, eliminate system inefficiencies and reduce costs which will further result in higher farmer income as also a concomitant development of agri-businesses.

Greater diversification and innovation in business models like farmer management services, digital market places, warehousing and quality centers will attract investment and improve productivity, reduce costs and post-harvest wastages. Japan had, decades ago, treated agriculture like industry. Now we too shall be able to do likewise as market reforms will attract private capital inflow to give a fillip to the rural economy as also sectors like logistics service providers, warehouses operations and processing.

Infusing technology in agriculture will lead to the much needed metamorphosis in Indian agriculture. Hence, using international best practices, relevant to us, India will emerge as a key factor in global food supply chains and a food export reservoir of the world in the future — the success of PM Modi’s vision of Atmanirbhar Bharat.

Even though just 6 to 8 per cent of farmers in India benefit from the government minimum support price operations, the Prime Minister has reassured farmers that government purchase of their produce coupled with the Minimum Support Price mechanism will continue.

The government has finally unshackled the clique of people exploiting the farmers. It is therefore clear that the so-called farmer agitations have been driven by vested interests; the gullible farmers are being misled by unholy alliances to agitate against these landmark reforms which are meant to benefit them and propel them into a new era of agricultural development.

In fact, it is only after these historic reforms come into play will the lives of the farmers see a new sunrise of modernisation and prosperity in a New India.